Slated to break ground later this year, the $75 million project will include 246 apartment units and enhanced green spaces. 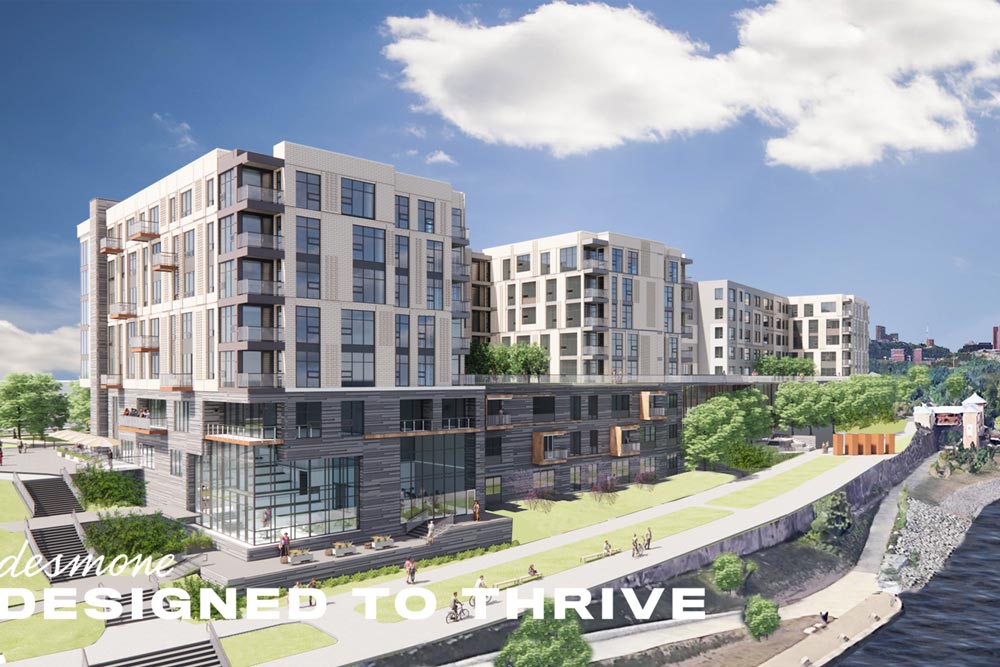 The Pittsburgh Planning Commission recently approved the 350,000-square-foot residential project slated for the SouthSide Works. SomeraRoad plans to break ground on the development, located next to Hofbräuhaus and the South Shore Riverfront Park, by the end of 2021.

The plans include 246 apartments, parking for 180 cars, and 30,000 square feet of resident amenities, including a fitness studio, tenant lounge and “party room,” a rooftop lounge and pool overlooking the river, a pet wash and a private office area for tenants working from home.

“The riverfront setting on the Monongahela River really lends itself to the best of city living,” says Chris McCune, a vice president of development and construction project management for SomeraRoad. “Not only is the property connected to SouthShore Riverfront Park, the Three Rivers Heritage Trail and Southside Marina, its close proximity to Downtown Pittsburgh and Oakland make this an ideal location.”

Due to heavy railroad and industrial use along the shore, waterfront housing has often been limited in Pittsburgh. However, this site is “unencumbered by the railroad thanks to the tunnel that runs through and underneath SouthSide Works,” says McCune. “It offers a unique opportunity to create direct access to the river that really can’t be replicated by other sites.”

Design for the units will be a blend of contemporary and modern finishes that echoes the “live, work, play” environment marketed at SouthSide Works, according to the developers.

SomeraRoad also plans to revamp the open space located across from the building along Water Street as a fenced-in dog park. Other plans include converting The SouthSide Works Cinema  into an innovative office space, aptly named Box Office, and enhancing the outdoor green spaces, Town Center and Tunnel Park, by adding a public garden and playground. There also are tentative proposals to add food and beverage kiosks, a small concert space and an art area.

The seven-story, $75 million development is projected to be complete by spring of 2024. Units will be priced to be “commensurate with current, similar Class-A offerings in the market,” according to McCune.

“We’re excited to contribute to the unfolding story of activating Pittsburgh’s riverfronts with more living space containing these types of amenities as well as expanded engagement opportunities for the general public,” he says.