New Pittsburgh Company Will Jump-Start Your Car Battery for Free 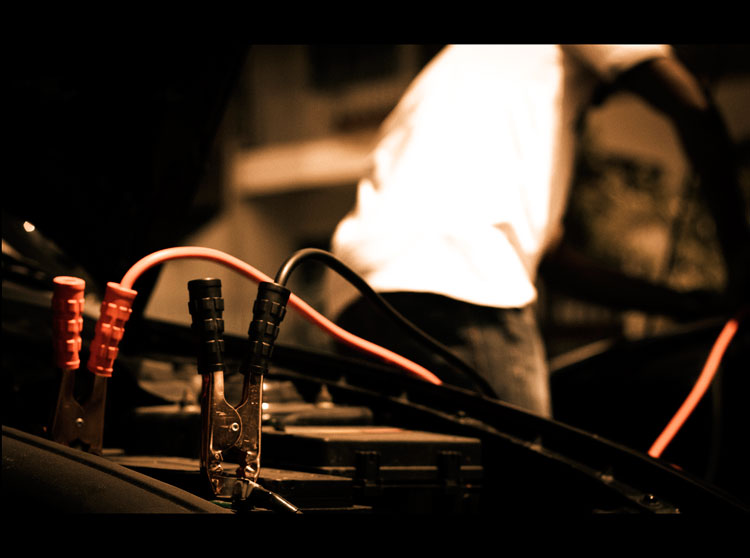 The constant companion to the joys of driving an automobile — self-sufficient, self-contained, not a care in the world — is the ride along potential of car trouble. Nothing can turn a day faster than a car that refuses to start, for instance. Suddenly you’re stuck waiting for AAA or a tow truck … or someone, anyone to pass by with jumper cables. At that point, the future looks uncertain and expensive. It doesn’t have to be that way, says Jumpit, created by a team of Pittsburghers seeking to revolutionize roadside assistance.

Anyone with battery trouble in downtown Pittsburgh, the Strip District, Lawrenceville, Bloomfield and East Liberty can text “Help” to 724/635-JUMP for a free jump in exchange for feedback on the service. Built similarly to the Uber and Lyft models, Jumpit screened and trained community-based “Jumpers” to respond to those in need, said customer-service expert/creator Tim Delaney in an email. He pitched the idea at Startup Weekend PGH in November. Though the service currently is text message-based, Jumpit’s six team members (five humans and Addy the Jumpit dog) are hard at work on a smartphone application for transparency and ease of use.

Instead of charging annually, Jumpit plans to offer a pay-for-use system with clear wait-times, taking the frustration out of an already-inconvenient experience, wrote Delaney. (For now, Jumpit is a cost-free service, as its developers are seeking feedback on ways to improve the process, along with costs that users would be willing to pay.)

“There are many good people out there who want to help others in the community,” Delaney said. “We believe our network of Jumpers can provide a valuable service to those in need, and Jumpers can make a few bucks in the process.”

As soon as next month, the Pittsburgh Post-Gazette reports that Port Authority riders could add money to their ConnectCards online instead of using one of PAT’s 61 vending machines or stopping by one of the 49 participating Giant Eagles and 20 smaller shops. The ease of using an online portal has only one drawback: Fare monies will not be instantly available. Changes in card values made online are communicated to fare boxes when a bus or train arrives or departs from a garage or rail yard. Otherwise, full speed ahead into the bright, digital future.

Though beer distributors and state stores can operate in Wilkinsburg and Bellevue, you can’t buy a beer to go with dinner in either town, thanks to a law that went into effect in 1935. Residents believe overturning the ban will encourage business growth. Though the vacancy rate for commercial districts in western Pennsylvania sits at about 9 percent, it is 30 percent in Wilkinsburg and 15 percent in Bellevue. Both towns will have referendums on the May 19 ballot to allow retail alcohol sales, according to the Pittsburgh Tribune-Review.