PBS's new animated show continues the spirit of "Mister Rogers' Neighborhood" — but does it feel like home? 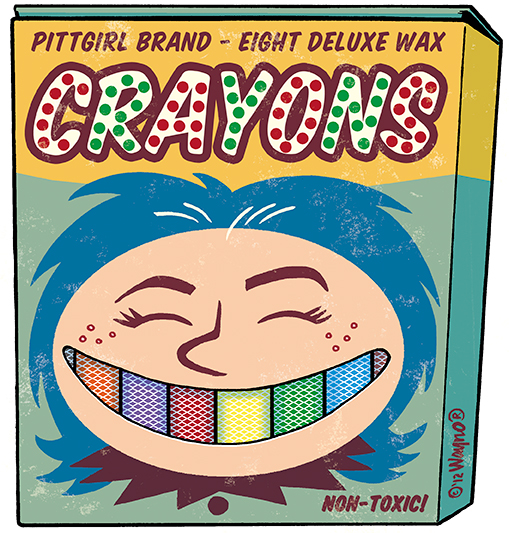 Turn on any of the many children’s programming channels, and you’ll be hit with a barrage of sponges battling greedy crabs, ninjas battling lisping snakes, unsupervised explorers battling sneaky foxes, fashion-challenged musicians battling unemployment and annoying oranges battling the nerves of parents nationwide.

These shows are interrupted by screamingly loud commercial breaks, encouraging kids to beg their parents to buy everything from pillows that light up to cups that slushify any drink — and, according to my son, even an egg cracker that will ensure I never get eggshells in my bowl again.

I have to act now, he says, or they won’t double the offer.

It’s enough to make a parent punch an exceptionally stupid starfish. But in the midst of all the chaos and noise, my daughter discovered “Daniel Tiger’s Neighborhood,” a new animated children’s series on PBS based on the work of the late Fred Rogers.

When the premise of the show was first announced, I was wary. Could an animated series really capture what Fred Rogers was all about — a calm understanding of, and comforting reassurance about, the oftentimes uncertain and frightening world that surrounds children?

Then in the very first episode, I heard Lady Elaine’s daughter call Daniel Tiger “Toots,” and I smiled. The Lady Elaine of “Daniel Tiger’s Neighborhood” bears a slight resemblance to Lady Elaine Fairchilde of “Mister Rogers’ Neighborhood,” but she’s no longer a terrifying puppet with eyes that haunted my childhood nightmares; instead, she’s a kind mom to Miss Elaina, Daniel’s human friend.

Like Fred Rogers before him, Daniel Tiger starts each episode by singing a song about the beautiful day in his neighborhood while zipping up a sweater and donning his sneakers. He always tosses his shoes from one hand to the other — just like Mister Rogers used to do.
Trolley is now serving as public transportation for the neighborhood, but it still has that familiar “ding ding!”

And like her mother Henrietta Pussycat, Katerina Kittycat begins and punctuates most of her sentences with “meow meow,” and (shockingly) it’s not annoying.

The roads are printed with the familiar colorful circles; O the Owl resides in a tree with his uncle, X the Owl; the royal family continues its reign in the cool blue castle; and Mr. McFeely dependably and speedily delivers the neighborhood packages.

In addition, one thing is made clear from the beginning: This land of talking tigers and owls is the Neighborhood of Make-Believe. If a crayon is going to dance or a building block is going to talk, Daniel lets the viewing audience know that he’s make-believing they are doing so. Anyone who ever watched an episode of “Mister Rogers’ Neighborhood” knows how important it was to Fred Rogers that children knew what was real and what was simply an extension of their imaginations.

Perhaps most importantly, “Daniel Tiger’s Neighborhood” is not about collecting dancing stars from bridge trolls or flying on a hastily crafted-together boat made of marker caps and popsicle sticks in order to rescue a half-witted pigeon that got stuck on the Statue of Liberty’s nose. Instead, Daniel learns about going to the doctor, having a picnic, being nervous about school, getting mad and, most importantly, how crayons are made.

And that was how I found my daughter one day, her eyes wide and twinkling as she pointed to the television and said, “Mom! Look! A crayon machine!” I observed as she watched rows and rows of perfectly pointed crayons roll down the chutes toward waiting boxes. I listened to her excited commentary about how the crayons were being sorted. And I remembered my own joy at the original crayon episode of “Mister Rogers’ Neighborhood.”

That’s when I knew for sure that Daniel Tiger was going to do a great job at staying true to what Mister Rogers was all about — friends, neighbors, sneakers, cardigans, music, make-believe and, yes, crayons.

This article appears in the November 2012 issue of Pittsburgh Magazine.
Categories: From the Magazine, Hot Reads, PittGirl