Savannah Hayes has travelled the world working with fabric. A few years ago, she landed in Pittsburgh and began her own small-batch textile business. 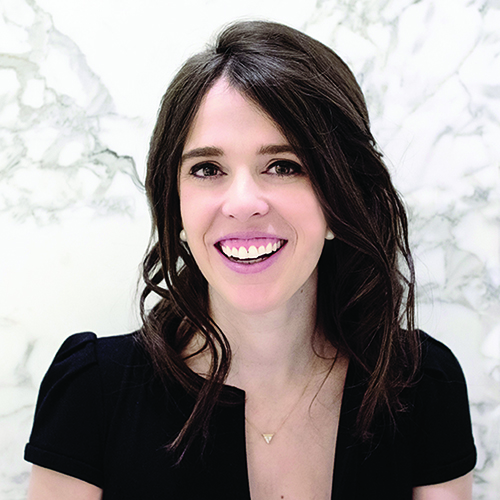 After growing up in the Bay Area of California and studying at the University of Pennsylvania, Savannah Hayes landed a job in 2008 with iconic Los Angeles-based interior designer Kelly Wearstler, working in the product design department.

She quickly fell in love with textiles — the product design, the patterns, the colors and the textures. The following year, she left Los Angeles to study textiles and surface design at the Fashion Institute of Technology in Manhattan. She then worked for home furnishings company Kravet Inc., where she traveled to places such as India and Turkey to work with fabric mills first hand. When her husband’s job brought them to Pittsburgh, she worked as a fashion merchandiser until she quit two years ago to launch Savannah Hayes, her own line of textile designs. Today, the Highland Park resident sells her designs on fabric, as well as on products ranging from cellphone cases and marble coasters to throw pillows, blankets and zip pouches. She plans to launch a wallpaper line this year.

What inspires you?
SH: I definitely draw inspiration from travel and, in particular, cities. I love geometry and architecture and the shapes that we find in our natural lives. I also get a lot of inspiration from the texture of the natural world, as well as colors. I always have my camera with me. My mom is an artist, and she uses the phrase, “stealing colors from your natural world.” If I see a really cool graffiti print, or some kind of a texture on the ground, I’ll snap a picture and then I’ll source the texture or the color palette from that.

How has living in Pittsburgh affected your work?
SH: Living in Pittsburgh has really influenced my company. I’ve joined a group called Monmade. It’s kind of this platform for Pittsburgh designers to come together, and it’s got this great sense of community. It also has a sales aspect, so they are creating opportunities for local designers to match up with local interior designers or architects.

What makes you distinct as a designer?
SH: I think that my color aesthetic and my use of texture in my prints set me apart, as well as just being a small-batch designer in America. There are a few dozen of these small-batch textile designers that have emerged in the last five years, and interior designers are really being excited by it. The other day someone referred to this as the “craft beer effect.” Everybody doesn't just want to drink the big-brand beers now, they are really interested in that small batch that has a story behind it. You get to know the designer, follow them on social media, and see their inspirations first hand. You get to see that story being told. I think that’s a really cool thing that’s happening in the states right now.

Do you have any tips on how to style your pieces?
SH: I love mixing scales and mixing textures. All of my fabrics and pillows are on a Belgian linen, and my throw blankets are a knit-cotton blend. Already you have a variety between those two pieces in both content and structure. I love to pair our blankets with our pillows. Since they are from the same designer, they have a natural similarity, but because of the different way they are produced they really play off each other well. I love mixing in solids, especially when you’re mixing different textures, like a solid velvet with a printed linen.

Do you think that having a child has influenced your work? [Hayes gave birth to her first child, a girl, in 2015]
SH: Totally. I designed my baby blanket line when I was pregnant because when I was designing my nursery, I couldn’t find any blankets that spoke to my aesthetic. They were all very juvenile, which is absolutely great for kids, but when it comes to my décor, I like to have the backdrop of the room be very simple so that when the toys come out, they aren’t clashing. Now, the wear and tear is something I’m very interested in. I’m looking into products that will be more machine-washable. Some of my products currently have to be dry-cleaned, and while there is a place for that, when you have kids who are making messes and spitting up, you need to be able to machine wash.

What can you share about your upcoming wallpaper line?
SH: I’m hoping to launch it later this year, probably in summer or fall, and it’s going to be screen-printed in the U.S. with mostly new designs. Wallpaper is a totally different beast, because, in a way, it’s art. The scale is totally different, and the color values will change.