New in the 'Burgh: Taking the Slingshot Roadster for a Spin

Pennsylvania is one of about 20 states where you don’t need a special license to drive one. 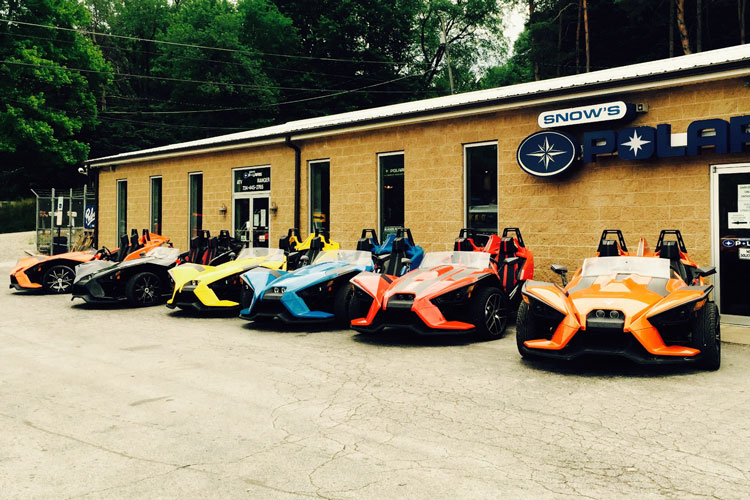 Uber’s driverless cars are not the only unique vehicle hitting the streets of Pittsburgh these days. A cross between a small car and a motorcycle, the 3-wheel Slingshot Roadster is new to the market but gaining in popularity. Made by Polaris, it even has its own new designation: autocycle.

“It brings the open air of a motorcycle with the comfort and reliability of an automobile,”  Polaris dealer John Snow told KDKA TV.

Snow says he’s sold about 60 of them so far.

“It brings the fun back into driving, having a five-speed manual [transmission.]

“You’re always in the right gear. If you want to get out on the highway, cruise, you drop the noise level down, get good fuel economy,” Snow said.

The Slingshot burns about the same amount of gas as a motorcycle and Pennsylvania is one of about 20 states where you don’t need a special license to drive one.

“The reaction from most people has been… they’ve never seen anything like it before.

It looks like a car coming down the road from the front, and you see it from the back, and it has that third wheel, which makes it a motorcycle.”

You can take a virtual test ride with this video, produced by Polaris in 2015.