The documentary, "Let 'Em Know You're There," airs this week on WQED-TV. 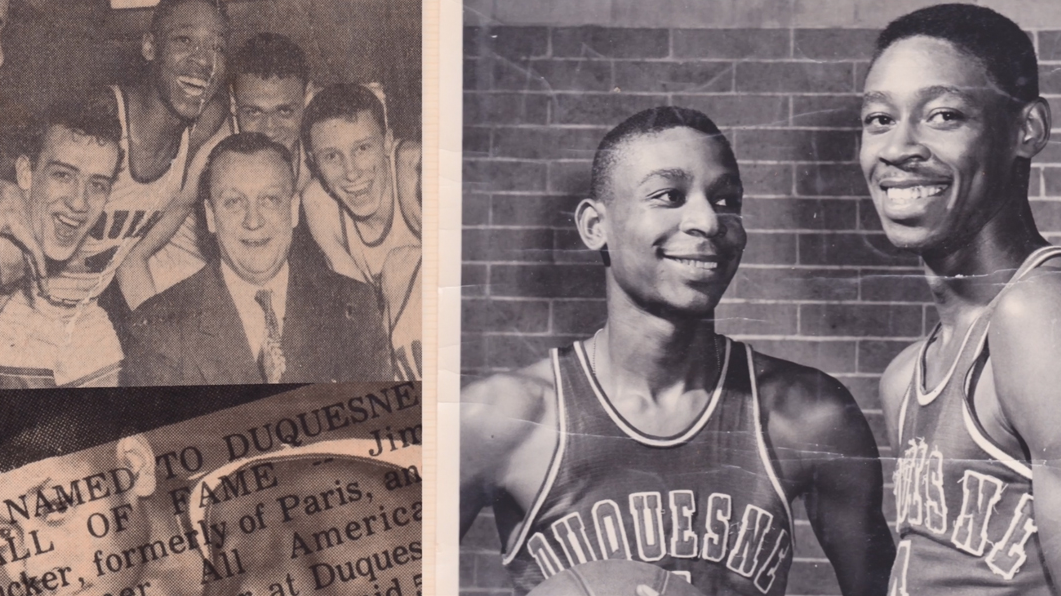 Duquesne Dukes legend Jim Tucker is the subject of a new documentary that recounts the mark the 6’7” forward left on the game — even if Tucker himself can no longer recall his own accomplishments.

Tucker, a native of Paris, Ky., is now 85 years old and struggling with Alzheimer's Disease. Patrick Newman, the film’s producer, says Tucker hardly remembers his impressive basketball career; for Newman and director Field Humphrey, that helped motivate them to make the film.

“We found this amazing untold story with Jim,” Newman, of Readily Apparent Media, says. “He doesn’t remember when he broke a record, he doesn’t really even remember when they won that championship, so this was something we really wanted to put into a documentary.”

The record in question: Tucker set the NBA mark for the fastest triple-double in 1955, completing the feat in less than 17 minutes. It was a mark that stood until February of this year, when Nikola Jokić notched a triple-double in 14 minutes and 33 seconds.

“The week that we put the finishing touches on [the documentary], the record was broken and it was all over the news,” Newman says. “We were actually able to get a last-minute interview with Nikola Jokić and integrate that into the film.”

The trailer for the documentary features clips of Tucker with family and friends in his home. The clip ends with a close-up of Tucker sharing what little memories he has of his historic career.

“I can’t remember what it felt like, except that you had arrived at a station in life that you would have never thought you would ever be a part of,” he saya. “My mother said, ‘Never walk into someone’s life and not leave a memory. Let them know that you were there.’’’