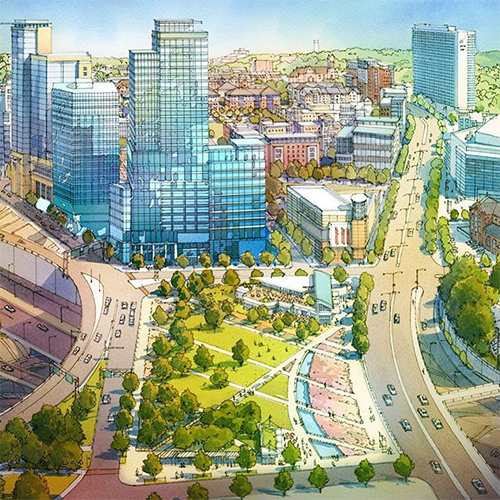 OK, not really. The ‘Burgh may not be showing up the Manhattan behemoth anytime soon, but the city is one step closer to another green space.

The SEA owns most of the land where the three-acre park will be built. The project plans include space for public art and more pedestrian walkways between the Hill District and Downtown.

The park connecting the Hill District with Downtown will cost around $26.4 million. A majority of the funding for the project — $19 million— comes from a federal highways grant awarded to the SEA. The remaining budget will come from the city, Pittsburgh Urban Redevelopment Authority and foundations, reports the Pittsburgh Tribune-Review.

The SEA aims to start construction on the park, which will create a “cap” over the Crosstown Boulevard, by the end of this year or in early 2019. Construction is expected to take 27 months,  SEA Executive Director Mary Conturo told the Tribune-Review.