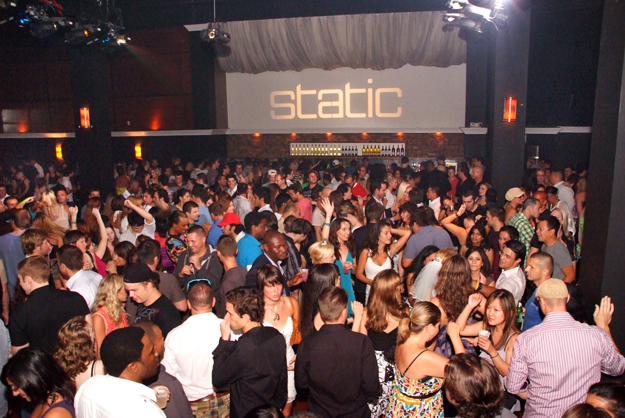 In a place like Pittsburgh, nightclubs tend to come and go.

Many of the most storied clubs in ‘Burgh history aren’t there any more, or at least are open under a different name. The joints that your older siblings went to when they turned 21 were probably gone by the time you could go out, and if you’ve got younger brothers or sisters reaching maturity, they’ve got a different lineup of go-to places than you did a few years ago.

As a matter of the fact, the building at 1650 Smallman Street has had five or six identities since its glory days as Rosebud in the ’80s and ’90s. The last establishment that took up residence in that building remained open for less than six months.

So what do you do if you’re Chris Firman, Owner and Director of Operations for Static, the new club at that address?

Actually try to be different.

“We’re focusing on being unique, and we’re bringing electronic music to Pittsburgh in a large format,” Firman said. “A lot of branding reads ‘Static is in a class by itself.’ Because we are. Not to talk down on other establishments, but we are something truly different and truly unique.”

You may have caught the word “electronic” in that quotation. Yes, unlike just about every other bar with a dance floor in town, Static will not be playing Top 40 hits or hip-hop. Electronic music, always by live, talented DJs, is the sound of choice at the newly redesigned club.

“It’s a major void in the Pittsburgh market. Electronic music is very passionate music. It’s uptempo, fun, high-energy music. This is the first big-room nightclub to focus solely on it, and the response has been phenomenal.” 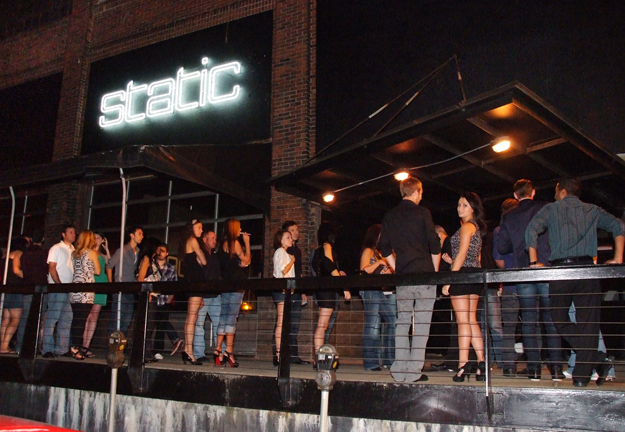 He’s not bluffing about the success of the club so far. As of this writing, Static has only been open once—for their grand opening party, this past Saturday. In five hours of operation, 970 people walked through the door. That’s a monumental response to a brand-new club, particularly in a neighborhood that’s still struggling to regain its hold on Pittsburgh’s nightlife scene.

The unique aspects of Static don’t end at the DJ booth, however. The club is also remarkable in its attempts to make nightlife a bit more affordable. The regular cover is $5, and Firman says it won’t climb above $10, even with touring DJs (who are on the calendar starting in October, and will be announced later this month at staticpgh.com.) Well drinks are $4, all the time. Beer ranges from $3 to $5. And if you’re looking for VIP seating (there are ten VIP areas, all open to the public with a reservation,) you can have it, with no minimum tab. Most clubs, even in Pittsburgh, require purchase of bottle service to get a private area. At Static, all you have to do is call.

“You shouldn’t have to feel like, ‘I can go only go out once a month because I have to spend $300-400 on bottle service.’ It shouldn’t be that way,” Firman said.

Want to check out the posh new room, but not sure if you’re up for a full night of dancing? Starting next Friday (September 9,) Static will open its doors for happy hour Fridays from 4:30 to 7:30. Come in for drinks, check out a downtempo DJ, and enjoy free sushi from Nakama.

Yup, free. Oh, and the parking is free too. That’s another way Static separates itself from the pack. You won’t hear the word “free” very often at other clubs.

Static is big, beautiful, and—yes—a unique and notable addition to Pittsburgh’s nightlife scene. If you haven’t been near a dance floor in a while, this is a fine reason to return. And if you don’t think you’re into electronic music, Firman thinks it’s time to give it a shot.

“You can be into any type of music, and you can enjoy electronic music. It’s upbeat and it gets you going. Anybody can like it. We’re going to attract a lot of fans and help increase the scene in Pittsburgh.”

Static will be open this and every Friday and Saturday, with regular feature DJ Strobe, from 9 p.m. until 2 a.m. Happy hours will begin next week. This Friday’s show will also feature special guests DJ Clevr and DJ Chico.