New Brews: Maker of Iron City Getting in on Craft-Beer Boom 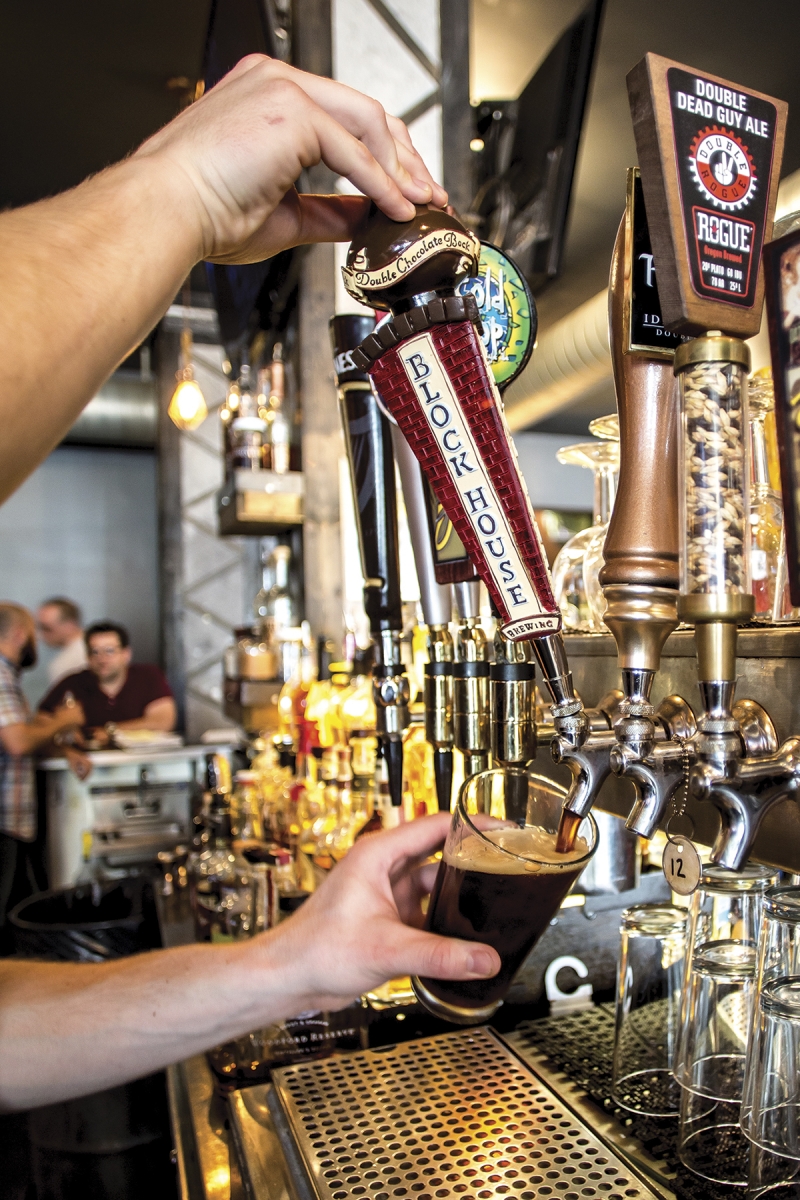 We’re inundated with evidence that we reside in the “New Pittsburgh,” a city of innovation, forward-thinking business and craft everything. Perhaps the most telling argument is that local stalwarts now are evolving to embody the “New Pittsburgh” spirit.

Pittsburgh Brewing Co. is as storied a franchise as any. Dating to 1861, the makers of Iron City remain a relevant part of the local landscape. Even as craft brews have become commonplace, it’s rare that I.C. Light is absent from a line of taps. Rather than sit on a never-gonna-vanish name, though, Pittsburgh Brewing is getting in on the craft boom with Block House Brewing.

The brand’s initial offering, Pumpkin Ale, sold out before the heart of all-things-pumpkin season; supply disappeared in late September. Rather than come out of the gate with a mild offering, Pumpkin Ale was a bold, flavorful brew full of unexpected spices and sweetness — in open defiance of the normal pumpkin-beer recipe.

“What [Block House] will do is create relevance within the beer community,” says Pittsburgh Brewing CEO Brian G. Walsh. “So you have to take your time to do it right. We’re not interested in quantity; we’re interested in the quality.”

Block House’s packaging and promotion do not carry the Pittsburgh Brewing name, and the company’s website does not list Block House among its offerings. This in and of itself is a deviation; think of brewers such as Sam Adams or Leinenkugel’s that brand every product with their company name.

“It was more of a separation of church and state” to brand the new beers differently, Walsh says. He comes from the craft-beer world, as former president and CEO of Vermont’s Long Trail Brewing — and that’s the segment of the population Pittsburgh Brewing now seeks. “It’s different ingredients — higher-end, higher alcohol content. I didn’t want folks getting confused with it, thinking the Block House brand is Iron City.”

Experimentation is nothing new for the company. Recent years have seen hits, including growing summer favorite I.C. Light Mango, as well as near-misses, such as discontinued brand Olde Frothingslosh. Continued success for the Block House beers could lead to the realization of a long-term goal: the return of brewing to the city. “There are a lot of hurdles,” Walsh says; for one, Pittsburgh Brewing no longer owns the brewery in Lawrenceville (PBC beers are brewed in the former Rolling Rock facility in Latrobe). “[But] I think we could do it here.”

Next in the line: holiday-friendly brew Double Chocolate Bock, a dark and warming treat that tastes as much like a barley wine as it does like chocolate candy. Don’t wait to try it, though; Double Chocolate Bock already has sold out in preorders alone. “I think next year you’ll see us introduce a year-round,” Walsh says. “And then probably two year-rounds. Two different styles [that] still maintain that seasonal touch.”

Through that development, Pittsburgh Brewing plans to grow with experimentation, care and focus — hallmarks of “New Pittsburgh” business. “Take your time to do it right,” Walsh says, “and you don’t have to do it again.”