New Book Reveals How Moraine State Park Came to Be

A dam was built, a tiny village was relocated and a state highway was rerouted in order to create one of the largest man-made lakes in Pennsylvania. 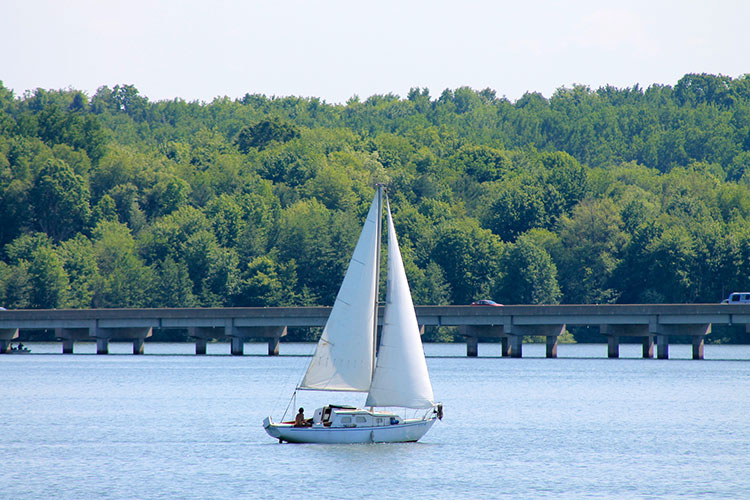 Even though Moraine State Park is a mere 47 years old, its true history dates back 20,000 years when a glacier dam began to recede to expose Muddy Creek basin.

Both the recent and prehistoric years of Pennsylvania’s third largest state park, located an hour's drive north of Pittsburgh, are detailed in “Images of Modern America – Moraine State Park” by Polly Shaw.

Prior to the creation of the state park, trains carried coal and limestone from the area to steel mills. In addition, hundreds of small oil wells dotted the landscape.

Credit for creating the park goes to Frank Preston, an engineer from England –– and one of the founders of the Western Pennsylvania Conservancy –– who came to Butler County in the 1920s to work at Standard Plate and Glass. In 1946, he befriended attorney and fellow outdoors enthusiast Edmund Watts Arthur. Arthur died two years later, and a few months after his death, Preston met with a group of influential people from the local area and Pittsburgh to pitch the idea of Moraine State Park and Lake Arthur.

In the her book, Shaw recounts how Preston and others convinced residents living in the tiny village of Isle to move away from the park’s footprint. The state agreed to reroute route 422 and a dam was built on Muddy Creek. It took 11 months for Lake Arthur to fill, eventually swallowing up old route 422.

Shaw’s next project is right next door to Moraine State Park; she’s planning on a book about McConnells Mill State Park.