Pittsburgh is the first test market for NoWait, an app that lets you skip the queue at your favorite restaurants. 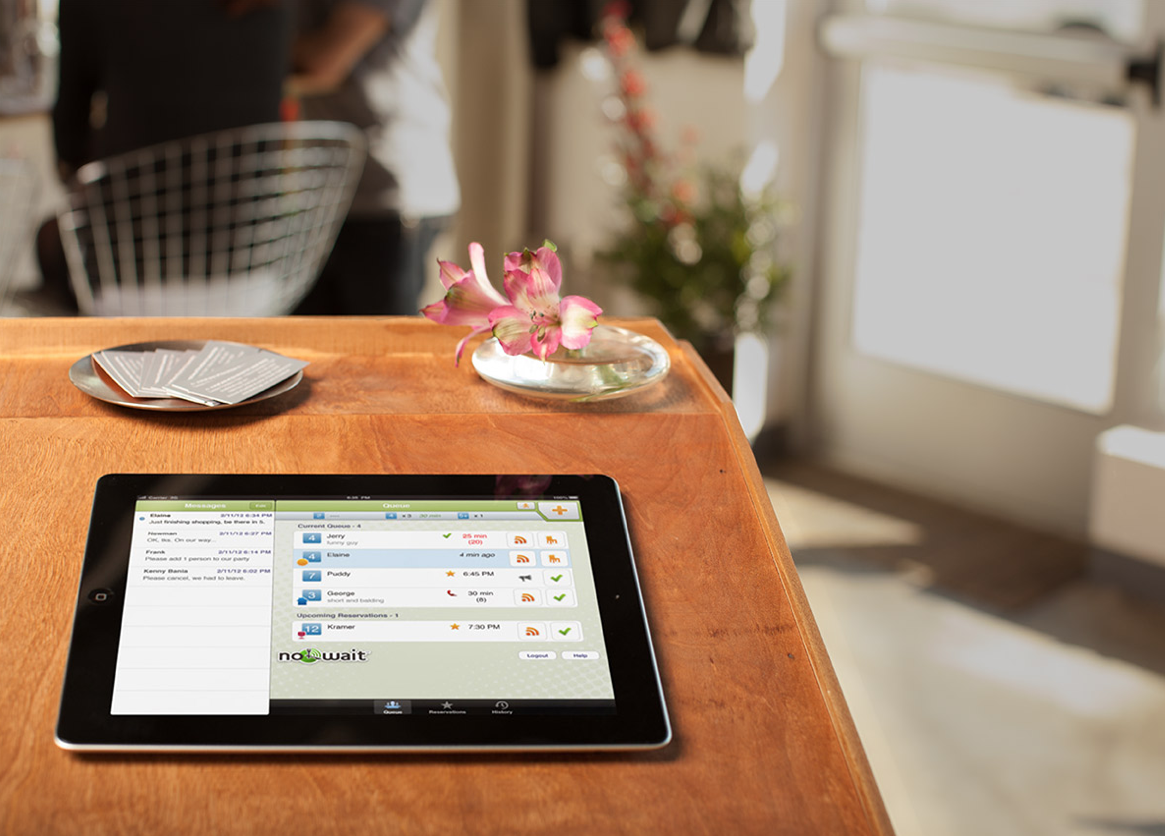 “Don’t you love it when you go to the bathroom and you come back to find your food waiting for you?” — Mia Wallace, Pulp Fiction

There’s nothing better than the serendipity of a perfectly timed trip to the bathroom at a restaurant. But now you can one-up Uma Thurman and skip the entire process of waiting for a table.

NoWait, an app developed here in Pittsburgh, lets users sign in to a virtual queue at a restaurant whenever they want. You don’t even have to be at the restaurant. Is the wait time at BRGR 45 minutes? Get in line with NoWait 20 minutes before you leave your house.

When your table is ready, you’ll receive a text message. The app also shows real-time updates of your place in line.

If you’ve ever eaten at BRGR or Burgatory, you’re probably familiar with this virtual queue. Those hot spots, along with Harris Grill and Hofbrauhaus Pittsburgh, are just some of the early adopters in NoWait’s trial phase.

The free app will soon be available to all foodies. Sign up here for a chance to be one of the first beta testers. You’ll be skipping the line to skip the line. Brilliant.

Come to think of it, another line from Tarantino’s classic scene at Jack Rabbit Slim’s would also apply to these trendy burger bars.

Let’s give a round of applause to the five women leaders who have been named finalists for the 2013 Greater Pittsburgh ATHENA Awards. They were selected from a list of 39 nominees for their professional excellence, contributions to the community and mentorship of other women in the region.

The winner will be announced at the ATHENA Awards Program Luncheon on Sept. 30 at the Westin Convention Center Hotel.

Want to network with some of Pittsburgh’s brightest? Get tickets here.