Never Have I Ever

PittGirl admits that she is not who you think she is. 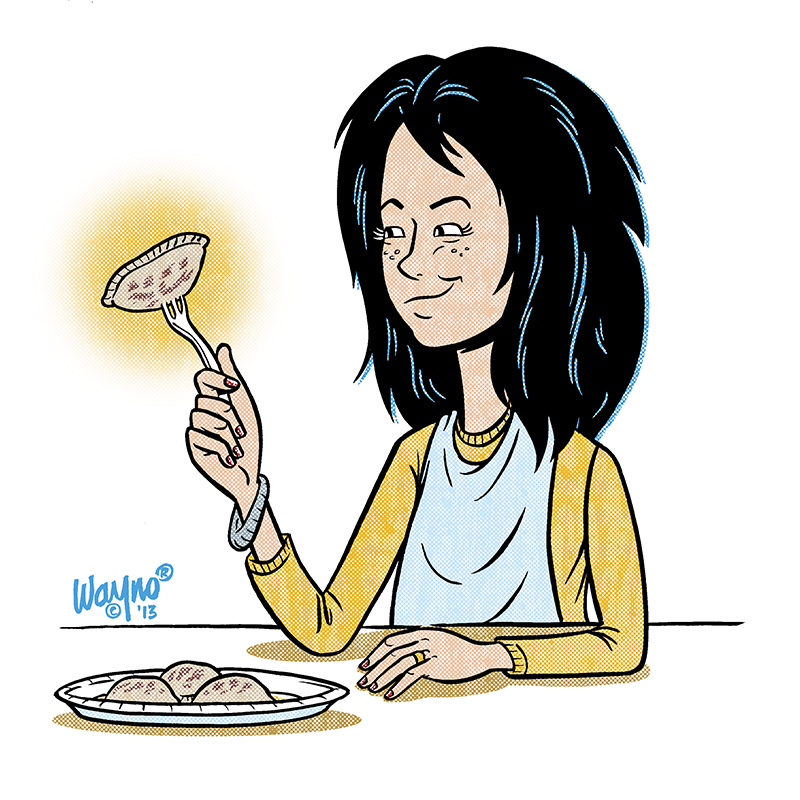 Probably the dumbest thing I’ve done in the last 10 years was dub myself PittGirl. But when it’s 2005, and the cursor is blinking expectantly in the username box on Blogger, and you’re set on staying anonymous, your brain burps. You shrug and say, “Batman. Pitt … Girl? Whatever.”

The problem with “PittGirl” is she doesn’t live in Pittsburgh. I’ve worked my whole adult life downtown, and I own a business in Market Square. But facts are facts: I live 16 miles from Grant Street. This bothers some people, and they let me know with snarky Internet comments and air quotes when they refer to me as “PittGirl.”

The problem with “PittGirl” is that there isn’t a perfect English word that describes the time of your life between being too old to be a “girl” — which makes you sound like you’re still eating kindergarten paste — and feeling too young to call yourself a “woman,” a word that makes you sound like you’ve started paying attention to Depends commercials. PittLady? PittChick? No.

The problem with “PittGirl” in general is that I regularly receive emails from readers who assume that because I was brazen enough to call myself PittGirl — and maintain a blog about the city for eight years — I must know more about Pittsburgh than Rick Sebak, Sophie Masloff and VisitPittsburgh combined.

So the emails roll in, usually with an intro line of: “Because you’ve got your finger on Pittsburgh’s pulse …”  Do I really? No, but I do have my spit-moistened thumb ready to go Mom on Pittsburgh’s stubborn cowlick.

“Can you email me an eight-hour, kid-friendly itinerary for my visit next month?”

“I’m moving to Pittsburgh. Which is the best neighborhood that meets the following criteria: …”

“Farm-to-table, vegan-friendly, gluten-free, bus route-accessible BYOB Italian restaurant next door to a pastry shop and within three blocks of a bowling alley that plays only ’80s music?”

I’m not complaining; I’m just telling you I’ve long felt the pressure to put up a Little Miss Know-It-All façade. After all, I can’t be “PittGirl” if I have never eaten the South Side delicacy called “Cat-on-a-Stick,” right?

Are you judging me right now? Then bring that gavel down hard, Judy, because this girl (ugh) has never been to Cambod-Ican Kitchen to try what (despite the restaurant’s own whimsical assertion on its website) I assume is not actually speared cat meat.

Recently, while planning a fun Pittsburgh-centric weekend with my sisters, my oldest sister asked me to reserve a morning for shopping in the Strip District. Because despite my sister living here for 18 years, spending summers home from college and visiting dozens of times since moving to Virginia, she had never visited the Strip.

I went Judge Judy on her — and then it got me thinking: Maybe I don’t need to be ashamed because I haven’t yet done every ’Burghy thing. Maybe it’s OK to be *air quotes* PittGirl while still learning about Pittsburgh.

Maybe there are New Yorkers who have never visited the Statue of Liberty or DC denizens who have yet to tour the White House.

Likewise, I haven’t yet visited The Andy Warhol Museum. I haven’t seen the Carnegie Museum of Natural History’s dinosaurs since I was 6. I haven’t ice-skated at Schenley Park, or set toe or tire on the Eliza Furnace Trail. I can’t point out Observatory Hill on a map. I haven’t visited Allegheny Cemetery or Highmark Stadium.

Sure, I’ve checked out countless local places and learned a great deal about our city since I fell in love with it. But Pittsburgh is big, wide and, in some ways, endless. So it’s OK that I haven’t done every quintessential ’Burgh activity. And it’s OK if you haven’t either. We will get to it. It doesn’t mean you don’t love the city. It doesn’t make you any less of a ’Burgher — unless you live more than 15 miles from downtown; then, in that case, you’re just a *air quotes* ’Burgher.

There’s no shame in exploring the new-to-you corners of Pittsburgh. Don’t fake it; don’t walk into the Fort Pitt Museum acting as if you’ve been there before, too embarrassed to admit you’ve always lived miles away and hadn’t stopped in sooner.

It’s OK. And that’s coming from PittGirl, the woman (ugh) who has never eaten a church pierogi.

You’re judging me again, aren’t you?

This article appears in the November 2013 issue of Pittsburgh Magazine.
Categories: From the Magazine, Hot Reads, PittGirl