Sebak’s crowd-sourcing campaign to fund his latest series about Pittsburgh is in its final weeks. 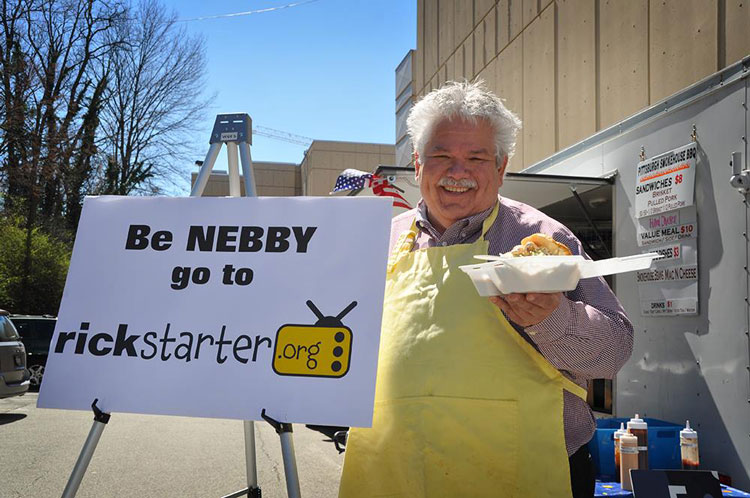 After reaching more than 75 percent of his goal, WQED documentary producer Rick Sebak is wrapping up the final leg of his “Rickstarter” crowd-funding campaign for his latest project, “Nebby: Rick Sebak’s Tales of Greater Pittsburgh,” with a few meet and greets.

The iconic Pittsburgh documentarian (and Pittsburgh Magazine contributor) will be at Piper’s Pub on the South Side Thursday enjoying some of the libations. On Saturday, as part of Millvale’s “Rickstarter Day,” he’ll drop in various borough businesses, including Jean-Marc Chattelier’s French Bakery, Pamela’s P&G Diner and Tupelo Honey Teas, to hand out “NEBBY” pins and cards with the rickstarter.org address.

The longtime documentary maker turned to Kickstarter to fund his latest documentary for WQED in what he describes as a 21st-century pledge campaign.

“For many years now at WQED, we never start shooting a new show till we're fully funded," Sebak says in press release. "And while our friends at the Buhl Foundation have already given us some seed money, it's not enough to cover the considerable costs of making six half-hour programs.”

As of Wednesday, Sebak’s Rickstarter has received more than $88,000 from 943 backers.

As is the case with most crowd-sourcing campaigns, supporters receive rewards. Those who give $13 will get an “I’m a Sebak’er” button.

Higher levels of donations lead to larger gifts, including spending a day with Sebak and his crew as they film on location, or an in-home performance for you (and Sebak, naturally) by one of the documentarian’s favorite local bands, the Beagle Brothers.

To learn more about NEBBY, or to make a donation, visit here.