PittGirl delves into the secrets of Municipal Hall — a building that served as City Hall to late-19th-century Pittsburgh. 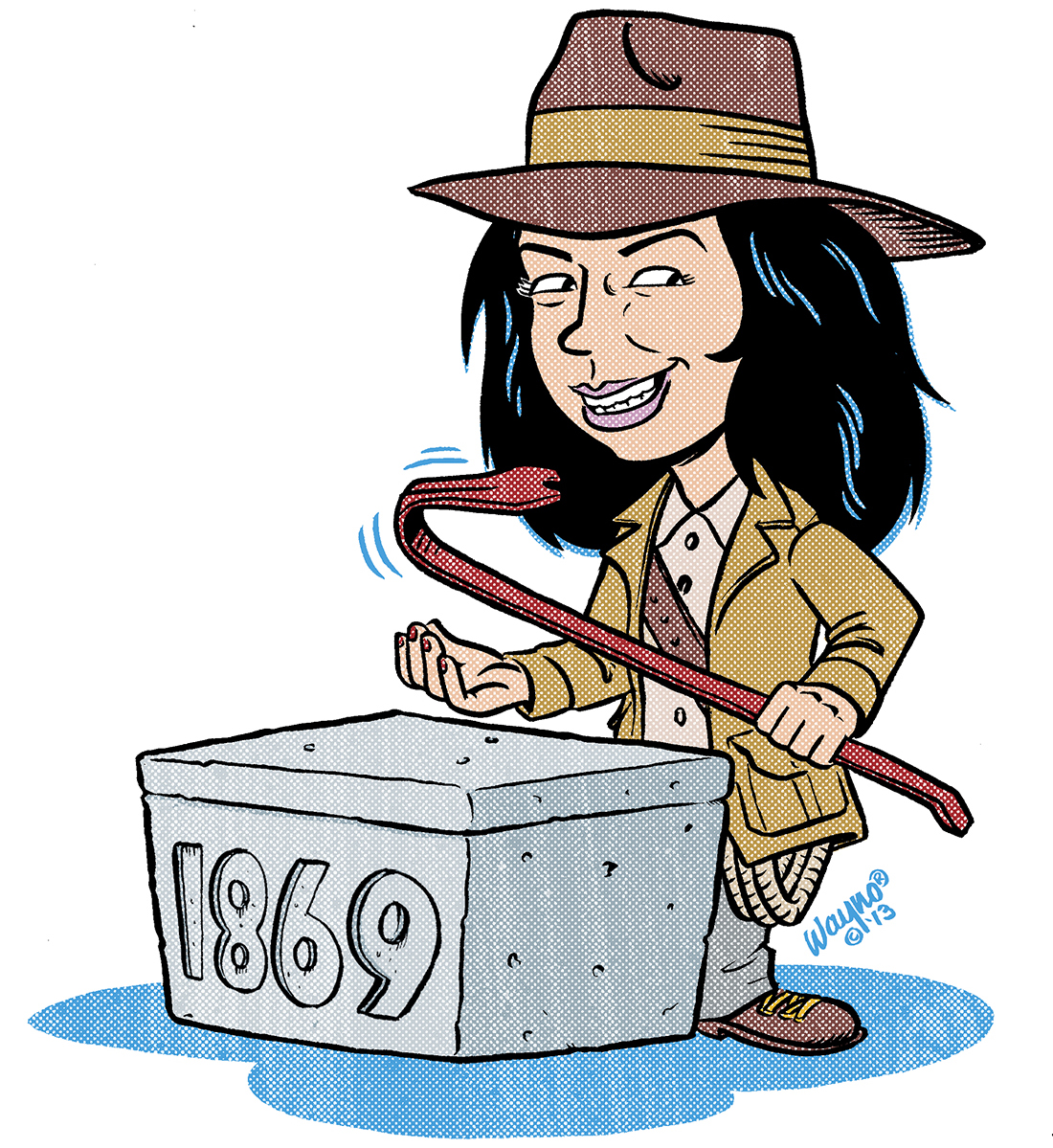 Where the former Saks Fifth Avenue store sits on Smithfield Street, a majestic building that served as City Hall to late-19th-century Pittsburgh once stood.

An impressive behemoth of stone, brick, wood, marble and glass, Municipal Hall — as it was called — stood 175 feet high at its uppermost point, which was the tip of a stunning turret that housed an iron belfry. Descriptions from the time indicate that great care was taken to select materials that would withstand the test of time and Pittsburgh’s chaotic weather.

One wall was lined with large windows containing glass embossed with scenes from Pittsburgh history, as well as the city shield. The turret housed a clock that was kept to the time of the Allegheny Observatory, ensuring Pittsburgh was marking the exact time as determined by celestial bodies.

At its dedication ceremony in 1872, Municipal Hall was considered to be “one of the most substantial structures of its kind in the United States.” The event was marked with pomp and circumstance, plus a parade, of course. It was dubbed a “celebration procession,” but you and I know this is Pittsburgh, and we love parades. Had it been a nighttime celebration, I’m sure there would have been fireworks, too.

The cornerstone was laid on May 5, 1869; several artifacts from Pittsburgh history were placed inside, including copies of daily papers, a map from 1785 and “specimens of United States currency.”

A special stone from the old redoubt at Fort Pitt was also built into a wall in Municipal Hall. On it was a faded inscription that read: “A.D. 1764 — Col. Bouquet.” Henry Bouquet was the general who won the Battle of Bushy Run and who once commanded Fort Pitt. The stone is believed to be the first ever quarried and cut in western Pennsylvania.

Because the stone showed practically no signs of wear despite being 100 years old in 1864, it was thought that Municipal Hall, which was constructed with similar stone, would “outlast the wants of several generations.” I probably don’t need to preface this with “spoiler alert” because, obviously, it didn’t.

When Municipal Hall was torn down at the ripe age of 80, it was dilapidated. There was reportedly a fierce bidding war for many of the historical and ornamental items held inside the fortress.

There’s the mystery I wish to solve. What happened to the cornerstone items and other remnants from the building? Is Mayor Luke using the priceless Fort Pitt stone as an office decoration, not realizing what it is? Does he often look at it and ponder, What does A.D. even mean?

Above all, I want a time machine. The first thing I’ll do is go back and stroll around the building on the day of its dedication. I’ll watch the parade. Hear the speeches. Walk the rooms. Run my fingers over the Fort Pitt stone. Feel the excitement. Soak it in.

The second thing I’ll do is go further back in time to find out whether the pigeon or the egg came first. I will destroy the progenitor of all pigeons with such totality that all the kings’ horses and all the kings’ men will sit down and weep.

Then in celebration of having eradicated that avian scourge from the world, I’ll head to 1992 and drink all the Zima I can find.

This article appears in the July 2013 issue of Pittsburgh Magazine.
Categories: From the Magazine, Hot Reads, PittGirl