My New Neighborhood Bar is The Birmingham Bridge Tavern

After settling into a new neighborhood, PM nightlife editor Sean Collier sings the praises of his go-to corner bar. 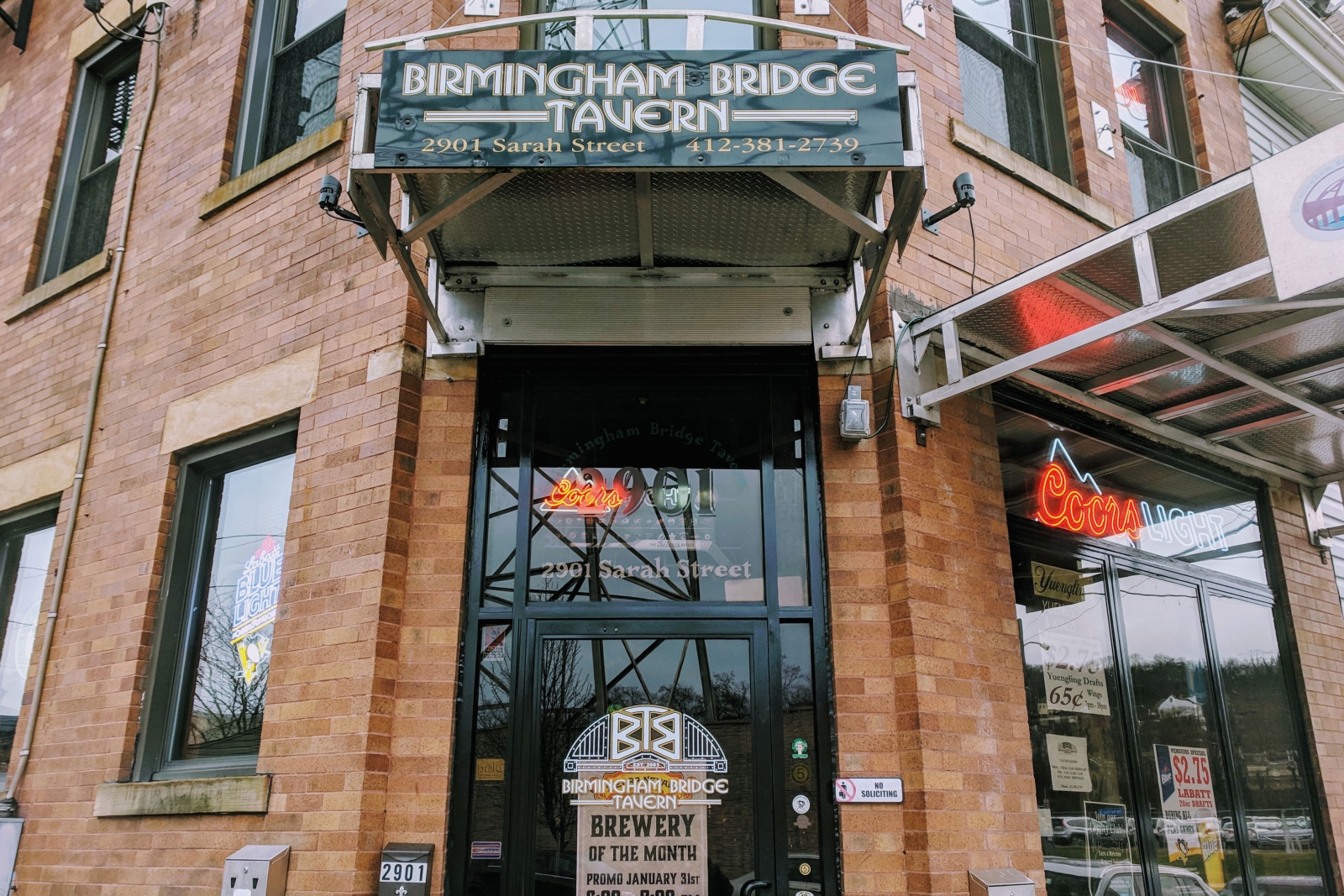 Last fall, I moved to the South Side. It was an excellent decision.

It’s not what you’re thinking. (And not what my parents were thinking.) I didn’t move for easy access to the East Carson Street chaos; in fact, I can’t even hear it from my front door. A friend referred to our part of the neighborhood as the “adult section” — the segment of the South Side beyond the Birmingham Bridge and south of Carson, tucked away near the train tracks but not yet into the Slopes.

Those picturing the corner by Jack’s will be surprised to learn that it’s a quiet neighborhood with hints of the old Pittsburgh around every corner — while also boasting plenty of new amenities. I can walk to Ascend, to the South Side Works, to the beautiful section of the Three Rivers Heritage Trail curving alongside the Monongahela.

It’s a far cry from the image many people get when they consider living on the South Side. (The version I would’ve experienced had I gone with another apartment I toured — directly next door to Primanti’s. No. I do not want confused people pounding on my window looking for capicola at two in the morning.)

All that said, yes — I can walk to bars now. Lots of different bars.

I engaged in a brief search for my go-to watering hole soon after moving in. For a while, I tried the original Cupka’s, seeking perhaps the most authentic, old-school neighborhood atmosphere. Cupka’s does have a beautiful wooden bar, and the prices can’t be beat. But its offerings are limited. I’ve dabbled with Excuses, the no-nonsense hockey bar on Carson proper. I liked it, but something didn’t click.

I’ll also readily admit an unabashed fondness for the national chain Claddagh, located in the South Side Works. I spent a semester in Ireland during college and am always missing Smithwick’s on tap and decent bangers and mash; while Claddagh is decidedly the Epcot Center version of the Emerald Isle, it lands near enough the mark to scratch an itch.

But none of those emerged as the go-to, the everyday, all-purpose bar. Because a few weeks into my quest, I discovered the Birmingham Bridge Tavern.

You’d be forgiven for the confusion, though; while the longtime Bloomfield mainstay was a highly visible landmark, you’d never see the Birmingham Bridge Tavern unless you were looking for it. Tucked away deep in the South Side and off of Carson, at 29th and Sarah, it’s a well-kept secret that remains fairly well-kept, even in the days of Yelp.

This is a beer bar, first and foremost, with a featured brewery every month, a varied tap list and nightly features on generic brews. If you chase the specials, you can drink without putting much of a dent in your billfold; if you’re particular, check the chalkboard wall for offerings from micro- to mid-size breweries. The bar has also avoided everything-to-everyone approach of suburban bars with an absurd number of taps; they sport a healthy number of options on draft, but not so many that the bartenders won’t know a thing or two about the offerings.

I expected good beer; what I didn’t expect was a haven for pub-grub enthusiasts. On a recent Monday, I ordered a half-dozen wings and a handful of smoked-pork nachos ($1 each, the daily special); everything was so good that I immediately ordered more. That’s not something I do regularly. I just needed more satisfying, well-sauced food.

The staff is friendly, the clientele is generally mellow (not often the case on the South Side, even at the yinzer bars) and they’re open for lunch. This is a very, very solid bar. And I will walk past others to get here.

Thankfully, I still won’t have to walk far.