My Favorite Room with Richard DeShantz

Much like his food, the celebrated chef’s home in Pittsburgh’s Allentown neighborhood is a work of art. 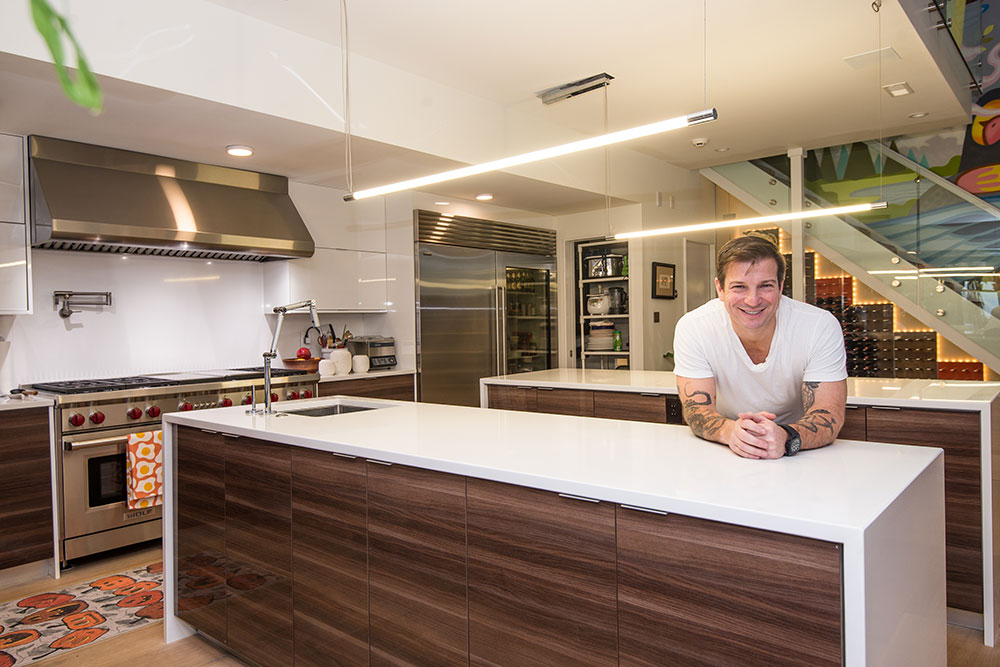 Richard Deshantz is one of Pittsburgh’s most celebrated and prolific chefs — that’s no secret.

But perhaps a lesser known tidbit about the co-owner of the Richard DeShantz Restaurant Group — whose restaurant portfolio includes Meat & Potatoes, Butcher and the Rye, täkō, Pork & Beans, Poulet Bleu and Fish nor Fowl, plus the upcoming Coop de Ville and gi-jin — is that he has the kind of shoe closet that would make “Sex and the City” icon Carrie Bradshaw weep tears of joy. 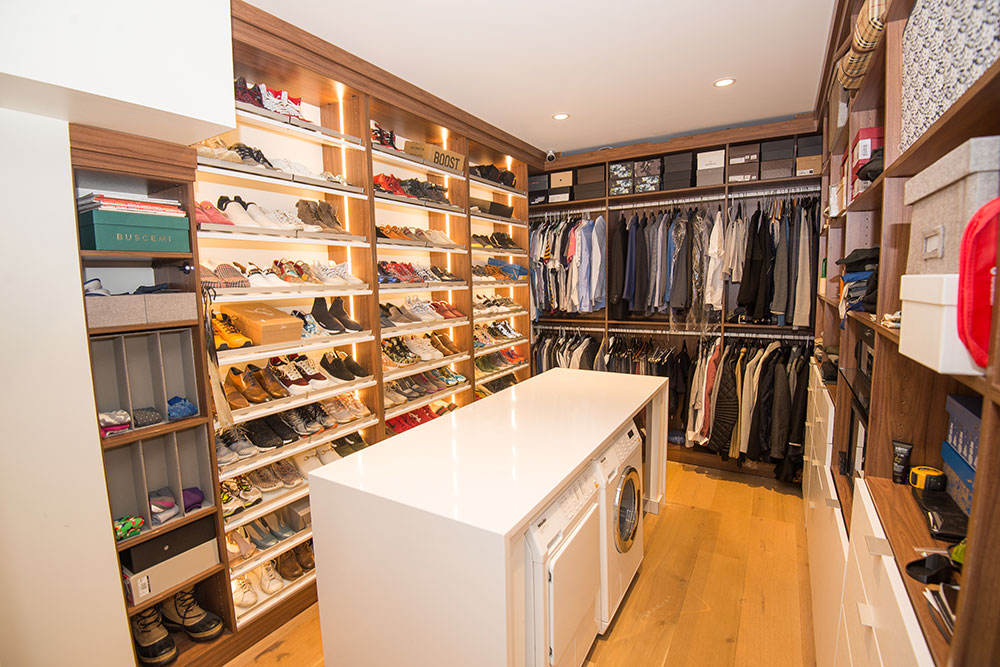 There are dozens of sneakers — today he’s wearing red-and-green, Christmas-tree bedecked Brooks — plenty of dress shoes, and even a pair of fur-trimmed, blush-pink velvet loafers.

“Shoes are my thing,” he says in an understatement.

The neatly organized closet — which also includes a washer and dryer, plus DeShantz’s watch collection — is just one of the custom rooms that make up DeShantz’s contemporary, two-bedroom townhouse atop Pittsburgh’s Allentown neighborhood on Mt. Washington. 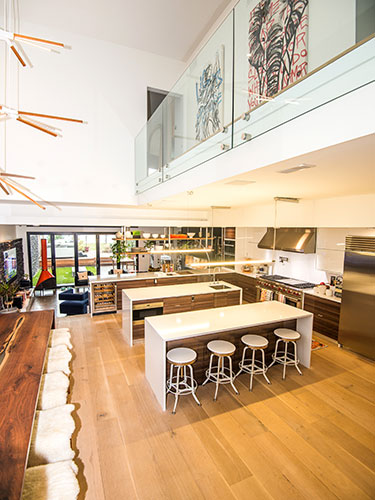 DeShantz, who designs all of his restaurants — right down to the logos and websites — was equally hands-on in the styling of his home, which he moved into nearly three years ago.

Prior to that, DeShantz lived Downtown, close to several of his restaurants, then spent time in a four-bedroom, historic house on the North Side, where he had more space than he needed.

“I didn’t go into three of the bedrooms,” he jokes.

For his most recent living space, DeShantz wanted to create a sanctuary, a place where he could relax after spending long days on his feet manning the cooking line. While DeShantz typically returns home from his restaurants around 11 p.m. (usually arriving at around 9 a.m.), he often spends another two to three hours working from home.

“I needed a place where I could unwind a little, read a book or light a fire,” he says.

In keeping with his desire for a more maintenance-free lifestyle, the building is outfitted with smart home technology. From his iPhone, DeShantz can control everything from lighting to music to the lowering and opening of the window blinds.

Fittingly for a chef, the kitchen is the heart of the open-concept home. At its center are two long islands — inspired by DeShantz’s visit to the now-shuttered El Bulli restaurant in Spain — with quartz waterfall countertops. It’s where DeShantz does most of his entertaining.

It’s accompanied by square wooden benches, now adorned with white fur rugs, taken from landmark restaurant Salt of the Earth in Garfield after DeShantz bought the building, which now houses Fish nor Fowl, in 2016. 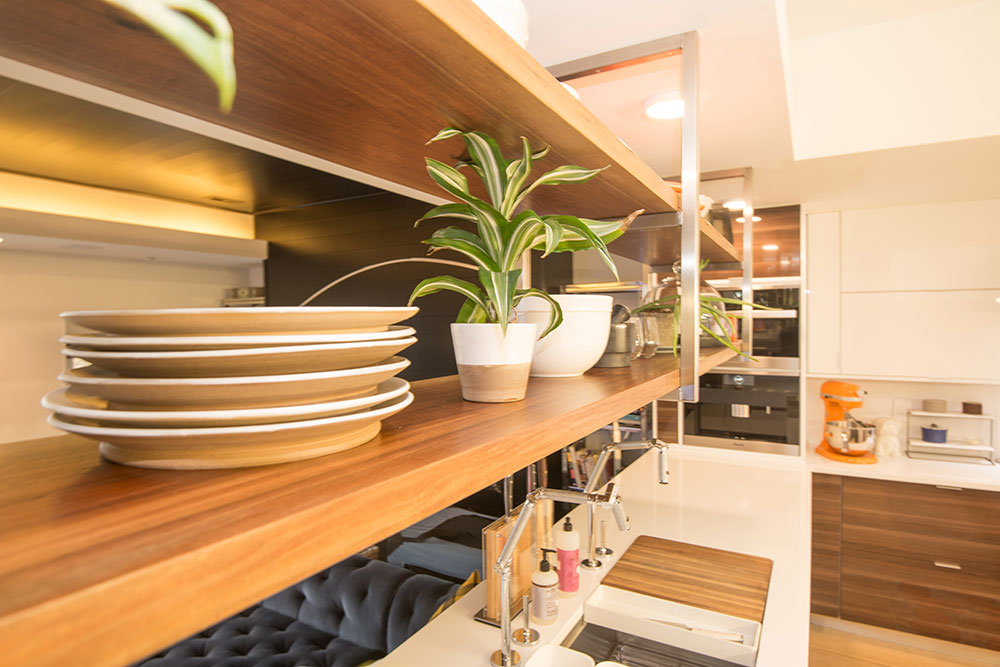 “Salt of the Earth was a beautiful restaurant. I just liked the design and thought [the benches] were beautiful,” he says.

In a cubby under the stairs, DeShantz — who belongs to several wine clubs — built a temperature-controlled wine room where he keeps his favorite Scarecrow wine from Napa Valley, among others.

Hyper-organized — “When things are chaotic, I get angry. I can’t work,” he says — DeShantz is a big believer in mise en place, a French culinary phrase that means “everything in its place.” And so, the deep kitchen sinks are equipped with chopping boards and trays, plus easy access to DeShantz’s knives. Above them are suspended wood-and-stainless-steel shelves that hold chunky white plates and bowls.

The house reflects DeShantz’s Scandanavian, Hygge-inspired design tastes. Shortly after moving in, DeShantz decided he could no longer stand the black hardwood floors — which glaringly reflected the white fur shed from his bulldog — and ripped them out.

He replaced them with wide, quarter-sawn white oak planks that he finished with Rubio Monocoat to create a matte, organic look. The pale color of the rustic flooring gives a cozy vibe to the otherwise modern design, as does the lighting — including the dramatic “Big Bang” chandelier that dangles from the second floor over the dining room table — that DeShantz chose and hung himself. 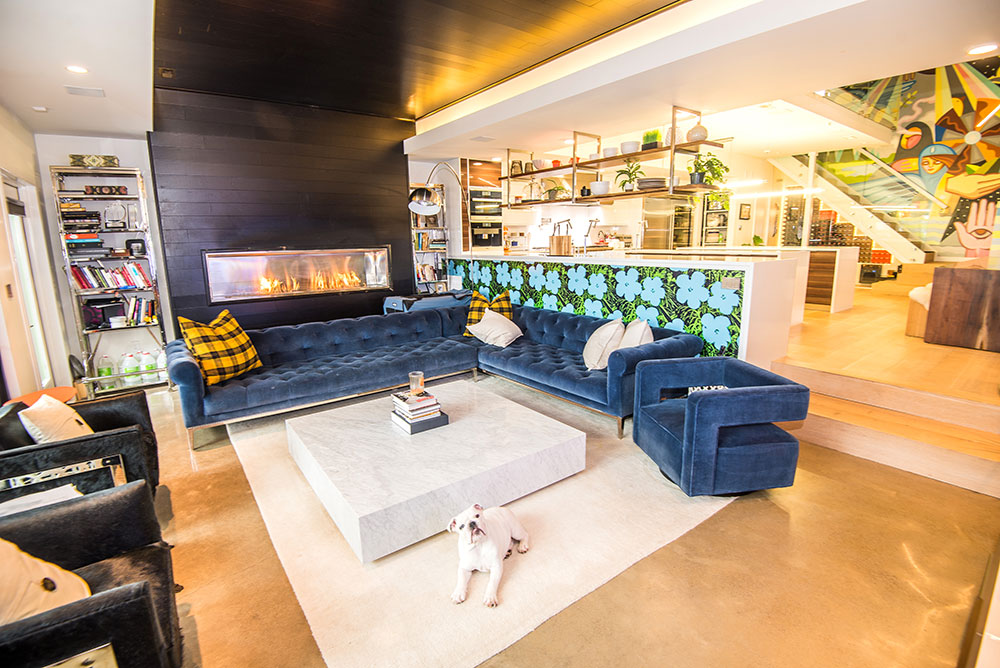 Also warming up the white walls is a bold mural on the staircase wall featuring — among other elements — a dove, a mountain range and a palm with an eye at its center by Pittsburgh artist Matt Spahr. DeShantz says Spahr, whose work also features prominently in several of DeShantz’s restaurants, spent about five days spray-painting the mural.

Then there’s the view. 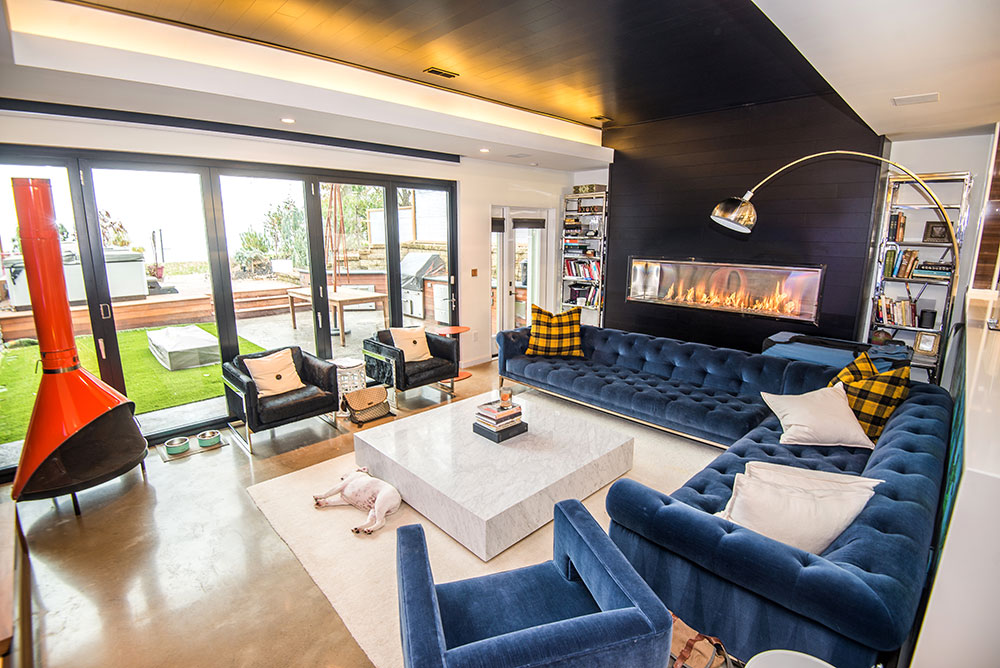 When DeShantz is cooking at his kitchen islands, he can gaze through the wall of folding glass doors in his living room — which leads out to Grandview Park — and take in a stunning, unobstructed view of Downtown. The view from his master bedroom, which also features a wall of sliding glass doors, has the same killer vista.

Up next, DeShantz has ambitious plans for his rooftop, which he intends to transform into an outdoor haven with a pergola, bocci court area and a living wall.

The roof has a 360-degree view of Downtown, yes, but also of the eccentric buildings and steep streets that make up Allentown and Mt. Washington. Above the city, DeShantz can relax — and taking in the incredible sunsets doesn’t hurt either.

“The whole sky lights up. It’s just beautiful,” he says. “It’s so peaceful.” 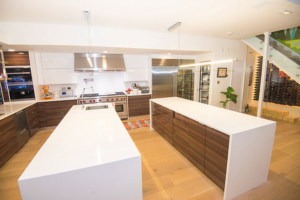 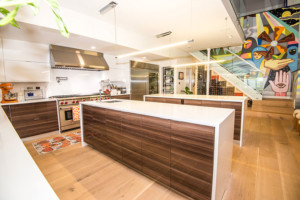 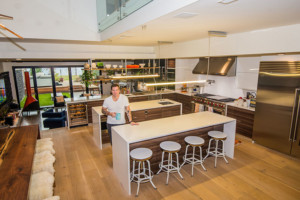 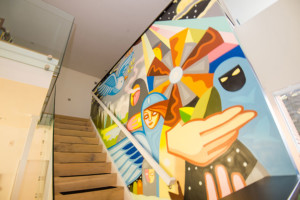 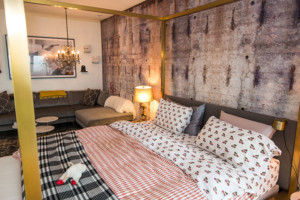 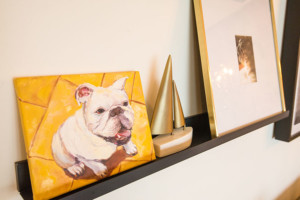 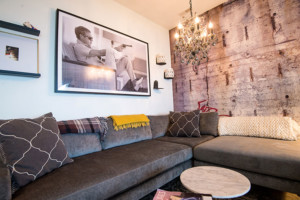 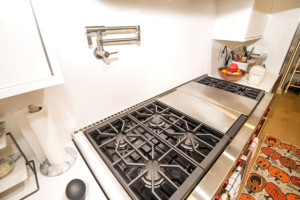 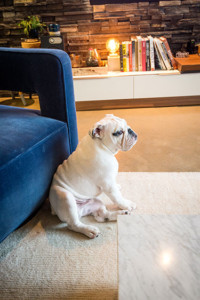 Pittsburgher of the Year: Lisa Scales

The Fight to Survive for Pittsburgh Restaurants

A Place in the World

Here are The Hot Home Trends for 2021

Take a Sip and Celebrate 135 Years of Punxsutawney Phil

Pittsburgh Pet of the Week: Magnolia

Perspectives: Why I Was Rooting for the Browns