My Favorite Room with Heather Abraham

Each issue, HOME goes inside the room of one of our favorite Pittsburghers. 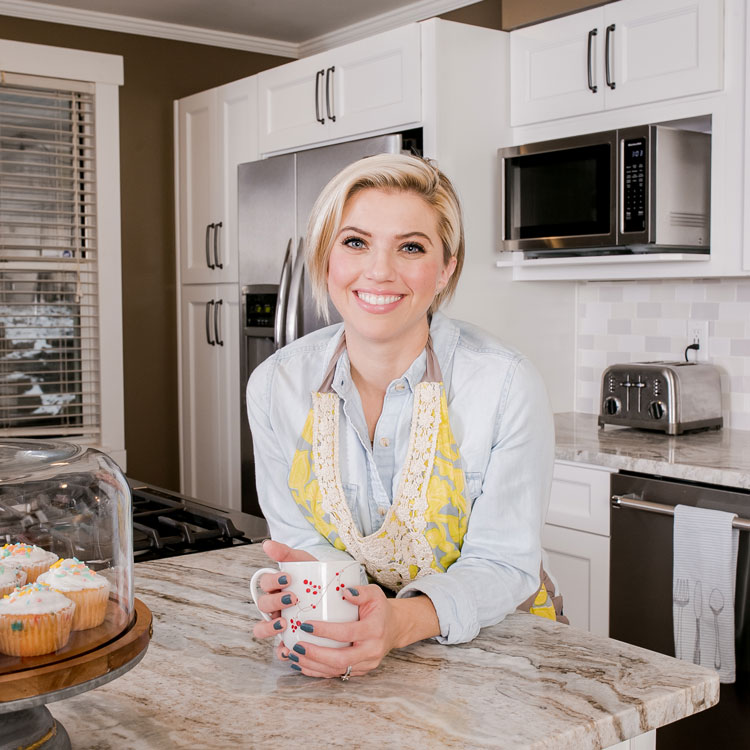 When Heather Abraham and her husband, Frank Trabucco, bought their 1930s-era home on Mt. Washington six years ago, they were smitten with it — quirks and all.

“I think we loved everything about it,” says Abraham, a news anchor on KDKA-TV and host of “Pittsburgh Today Live.” “I mean, we knew it needed some things done — it wasn’t a brand-new house — but it just had this feel that it was ours.” 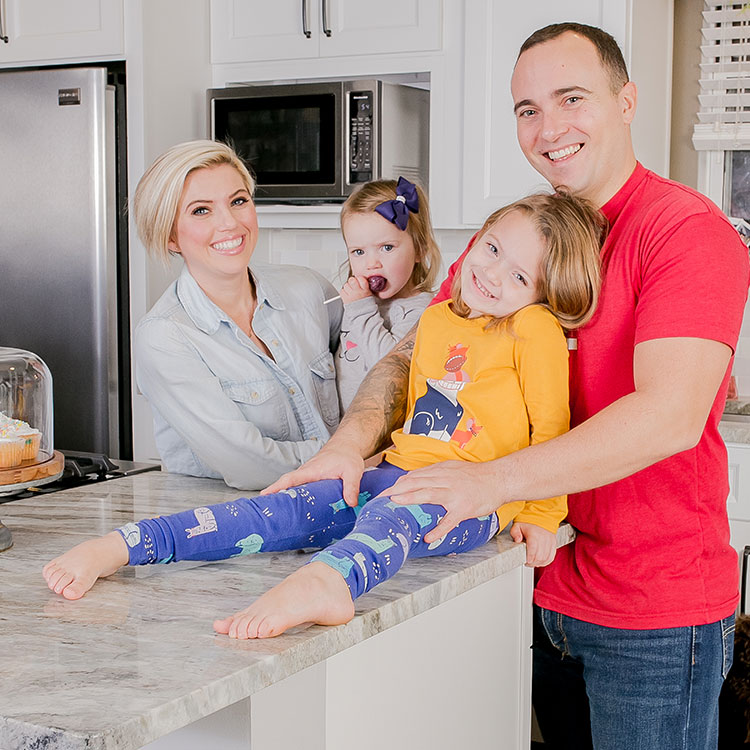 As the years went by, and the couple added to their family — daughters Lila and Sonni are 4 years old and 18 months, respectively — some of the home’s eccentricities, even the ones they once found charming, started to grow stale. 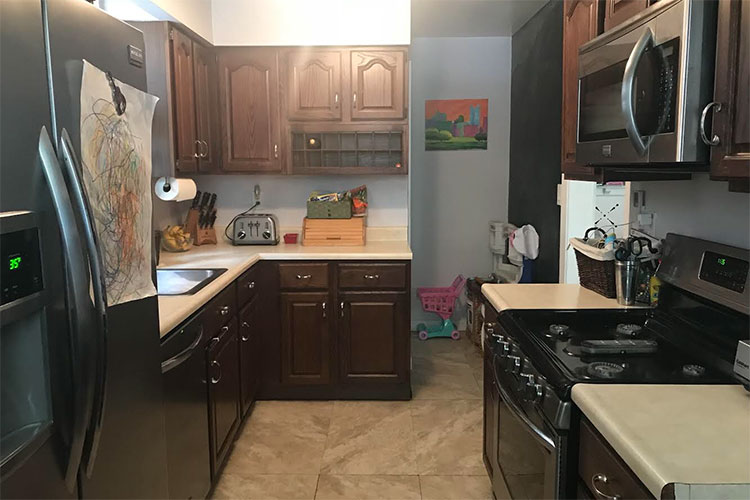 Of particular consternation was the galley kitchen, a narrow walled-off space that Abraham says prevented the family from eating — and spending time — together. Despite an attempt to make the kitchen more appealing by adding a chalkboard-paint wall and some toys, Abraham says it was increasingly difficult to keep an eye on the kids if they wandered into another room while she was cooking. 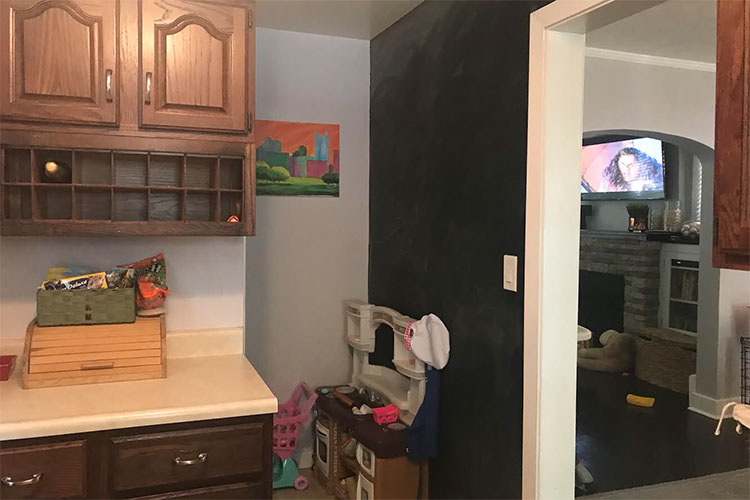 By the time the summer of 2018 rolled around, Abraham says she felt as though she were on the popular HGTV show “Love It or List It.”

“We said, ‘OK, we should either move, or we should renovate and see if we still love it. If we don’t, then we’ll move,’” she says.

Ultimately, Abraham and Trabucco, a city of Pittsburgh firefighter, decided to love it. 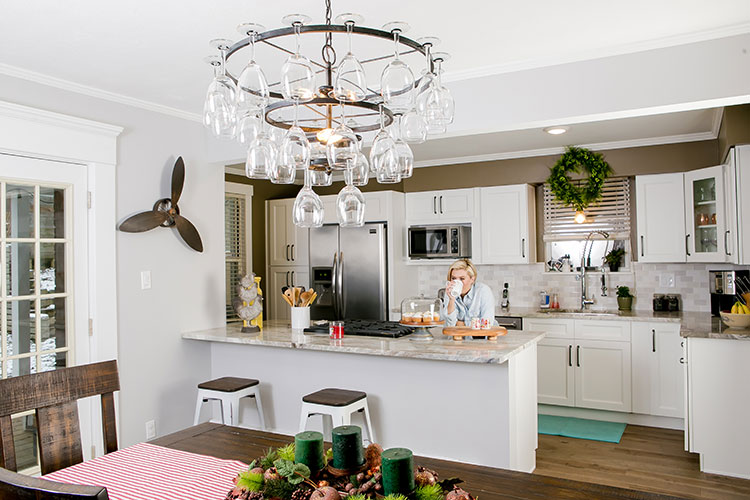 In August, they began a major overhaul of the kitchen. BKG Design, which has locations in West View and Whitehall, designed the new kitchen’s layout, which included replacing the dark and dated cabinets with more contemporary white versions and adding a much-desired pantry to an empty nook.

While Abraham says she knew what she wanted in cabinetry, choosing the hardware proved to be tricky. There was a lot of back and forth between husband and wife. “There are so many options and you can’t see all of them in the store,” Abraham says. “You kind of have to go by what you see online. There was a lot of Instagramming going on.”
The couple eventually settled on 7-inch-long, brushed oil-rubbed bronze pulls, which give the kitchen a rustic-modern feel. Complementing the hardware are new granite countertops in earthy shades of brown and blue. Of this choice, Abraham had no doubts. 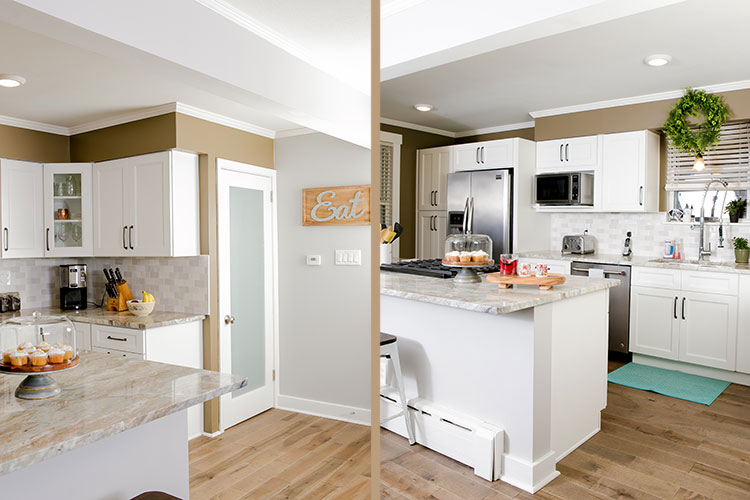 The couple also replaced the first floor’s original, albeit squeaky, boards with new hardwood floors in a rich maple picked up from Lumber Liquidators.

“I felt really bad covering up (the original hardwood), but we were afraid to pull it up,” Abraham says. “There was a part of me that said, ‘Ugh, this just feels wrong.’”

One of the biggest difference makers, however, came from when TRAC construction, which also installed the floors and added recessed lighting, knocked out the wall between the kitchen and the dining room. In its place is a spacious island with seating that gives the family an uninterrupted view of the home’s first floor. 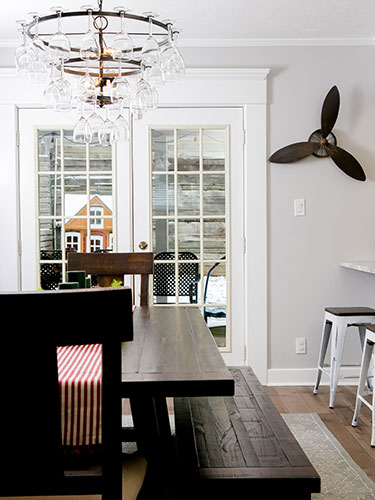 “Now we can have the news on in the living room, or cartoons on for the kids, and be sitting in the kitchen, or making breakfast or dinner, and it feels like we’re all together — which is what we wanted,” Abraham says.

Construction took more than four weeks, in which the family spent most of the time living upstairs, doing dishes in the bathroom and ordering pizza for dinner. Occasionally, a neighbor would invite them over for dinner.

Abraham jokes that by the time the last week of construction rolled around, she was ready to lose her mind. The end result, though, was worth it, she says.

“The whole family can be in the kitchen and it doesn’t feel crowded anymore,” Abraham says. “My girls can sit on the counter. We make pancakes on the weekend. It’s such a life improvement.”

This article appears in the January 2019 issue of Home & Garden.
Categories: From the Magazine, HOME + Design, Hot Reads