The bank was at the center of a corruption scandal which eventually led to an overhaul of Pittsburgh city government. 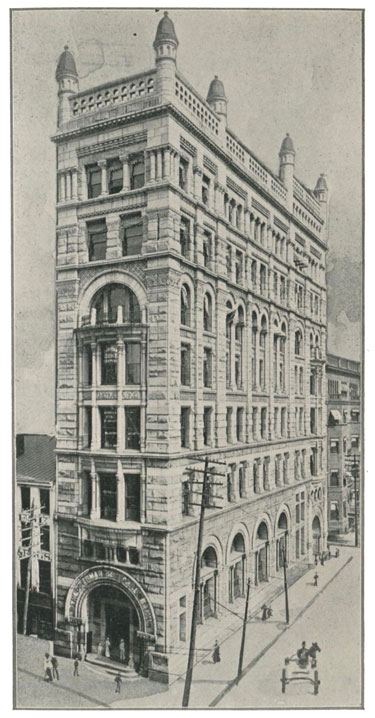 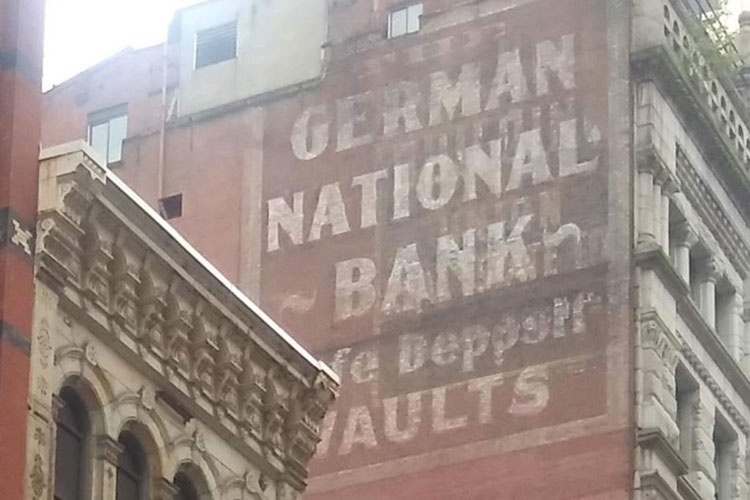 Standing like a slender castle with its parapets and rough-hewn arches, the structure at the corner of Wood Street and Sixth Avenue looks built to survive stormy weather. A good thing too, since it has been the scene of three separate bank failures. 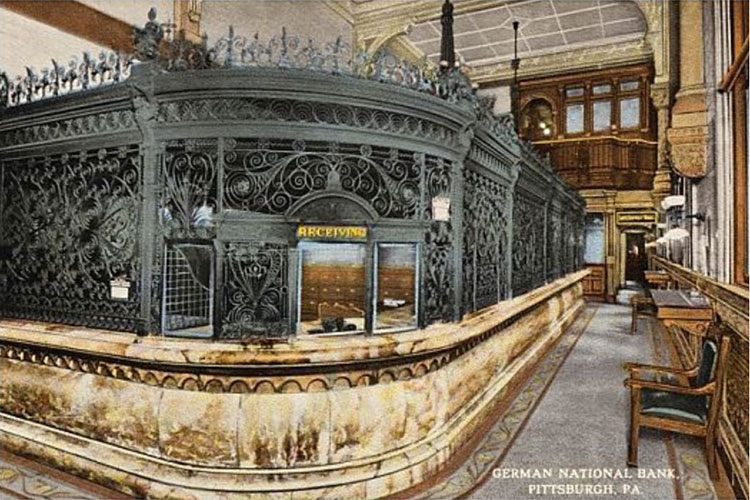 German immigrant Christopher Groetzinger opened a leather tannery on the North Side in 1851. His son, Adolph, bought and expanded the business, which made high-end shoe soles; the younger Groetzinger also became president of the German National Bank of Pittsburgh, one of the first federally chartered banks in the city. The bank prospered as immigration snowballed; in 1889, it began construction of a new Downtown building. Drawn up by German-trained architect Charles Bickel, the Romanesque edifice paid homage to H.H. Richardson’s much-praised new county courthouse. 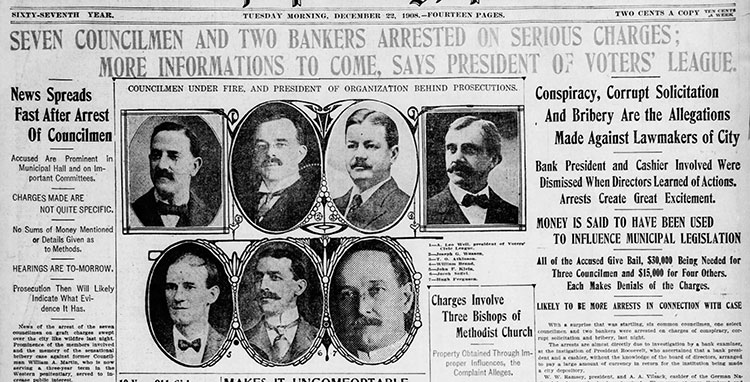 A decade later, the bank was forced to close when Groetzinger declared bankruptcy and resigned. It reopened only to become the scene of the crime in a colossal city corruption scandal. In 1908, Councilman John Klein paid a visit to inform the bank’s new president, William Ramsey, that for $15,000 he could arrange for German National Bank to be designated a city depository. Ramsey had his cashier withdraw several large bills from the safe and place them on a desk in front of Klein, whom they then left alone in the office. When they returned, the bills and Klein were gone. 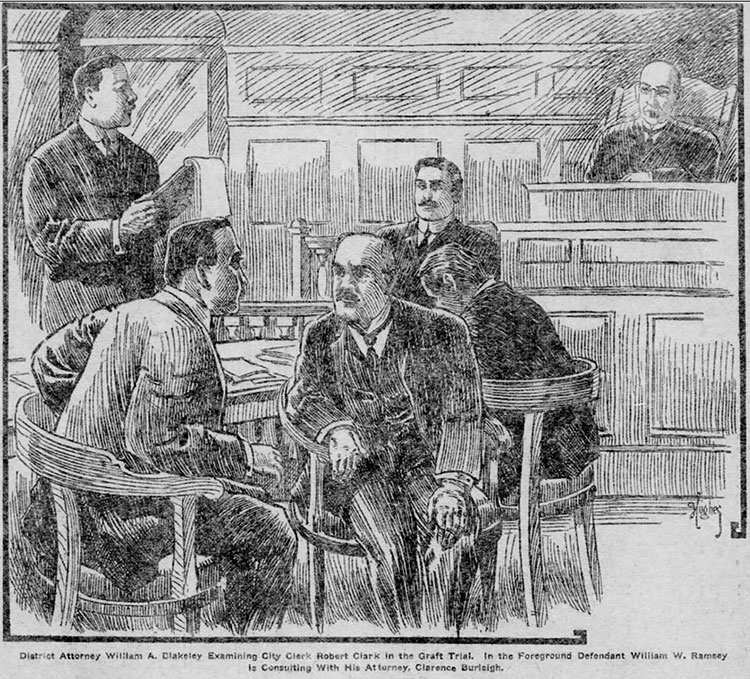 Bank president Ramsey during the trial

But the brazen official flashed his wad of cash around a bit too much, and one startled harness dealer tipped off the city auditor. Klein was arrested, along with Ramsey, the cashier and six other councilmen. Several trials and investigations later, a jaw-dropping 98 of the city’s 155 councilmen were indicted for graft. Public outrage led to a reform crusade that replaced the elephantine city assembly with the nine-member body that remains today. 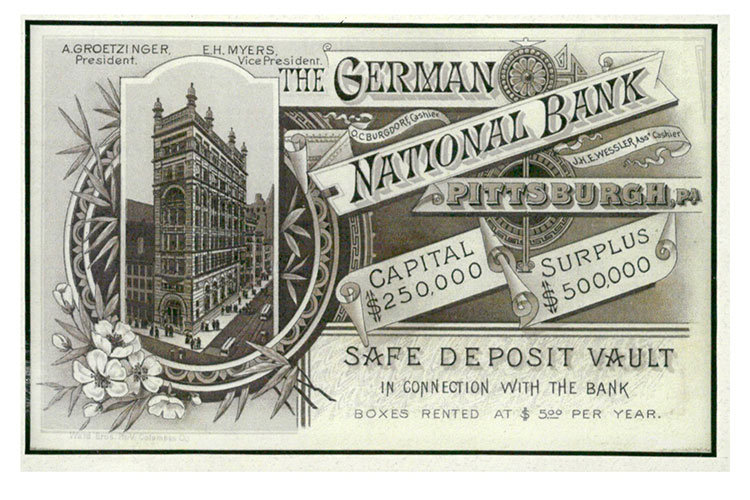 A business card from the newly-opened bank

The bank was liquidated, its former headquarters converted to offices known as the Granite Building. A new owner modernized the sidewalk façade along Sixth Street for storefronts in 1928. In 1986, Pennsylvania’s largest savings and loan, Atlantic Financial, made the building its regional headquarters, replacing the storefronts with smooth granite walls and arched windows reminiscent of the originals. Four years later, Atlantic lost $602 million in the savings and loan crisis; its assets, including the Granite Building, were sold off. 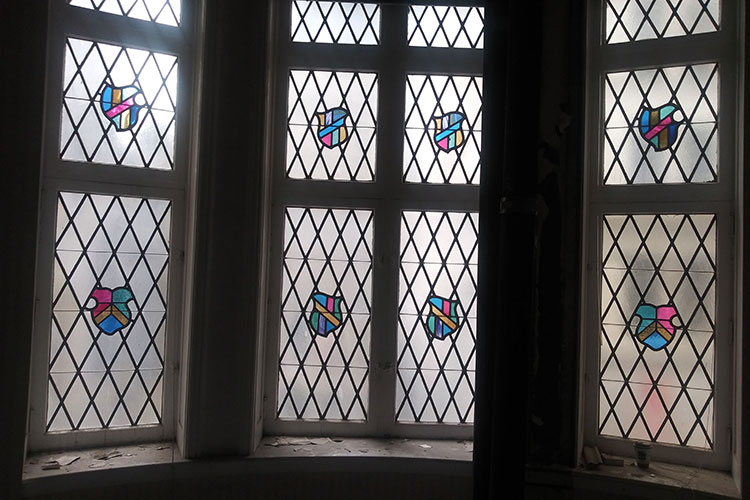 By 2005, when Shaler native, journalist and author Holly Brubach bought the building, it was vacant except for a beauty supply store. She had it gutted for upscale condos; then came the recession. Efforts to make it a boutique hotel could not secure financing, so Brubach plans to turn it back into offices next year, with a restaurant or retail space on the ground floor.

This article appears in the December 2018 issue of Pittsburgh Magazine.
Categories: Community Feature, From the Magazine, Hot Reads