Visitors can still ogle the lavish marble and bronze interior crafted to appeal to the original owner's banker and stockbroker tenants. 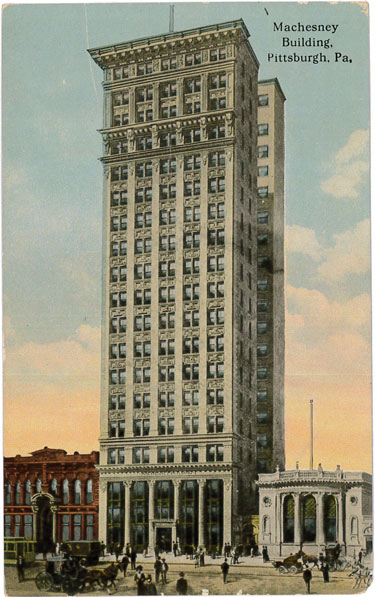 Caroline Machesney wasn’t the first person to build a skyscraper in Pittsburgh, but she was the first person to sell one. In doing so, the celebrated society hostess forfeited her chance at lasting fame. When she died in 1952 at the age of 97, the obituary mentioned her club membership — but not the Machesney Building. 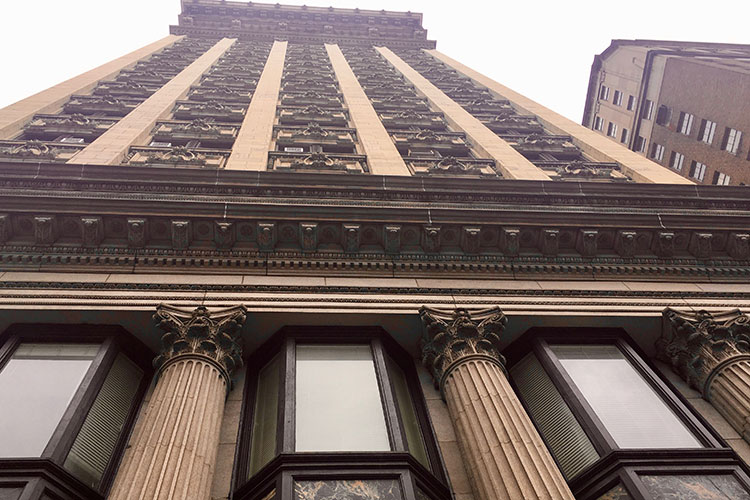 The daughter of a local banker, Caroline “Oline” Jones spent much of her life entertaining. Former President Rutherford B. Hayes attended a fireworks party at the large house she shared for years with her widowed mother and two unmarried brothers. In 1899, Jones was 44, the sole inheritor of the family fortune and newly married to North Side attorney Haines Allen Machesney. They had a son, Haines Jr., a year later. In 1905, the year Caroline Jones Machesney turned 50, she commissioned a lavishly appointed skyscraper wedged between a bank and the city stock exchange on Fourth Avenue, Pittsburgh’s version of Wall Street. Visitors can still ogle the lavish marble and bronze interior crafted to appeal to her banker and stockbroker tenants. 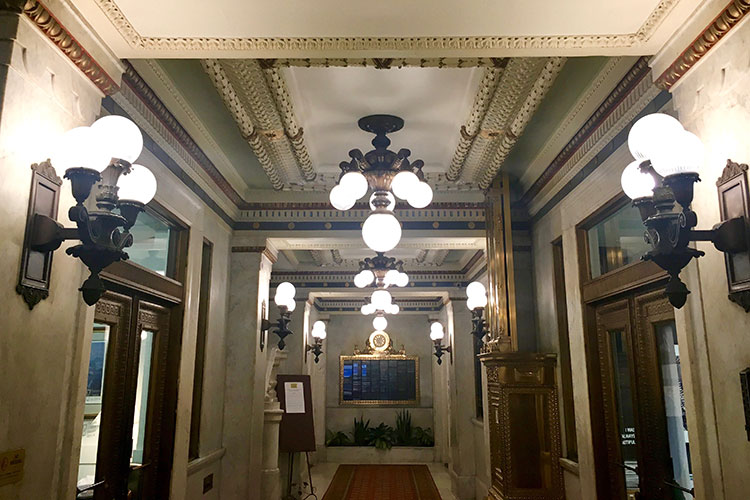 Months after the opening, a passerby tripped and broke her foot on a freight elevator door jutting from the sidewalk out front. A jury awarded the victim $4,480 in damages; the Pennsylvania Supreme Court upheld the verdict in 1913. Later that year, Machesney sold her skyscraper for $1 million to two oil men who rechristened it the Benedum-Trees Building (after themselves). Machesney turned to social causes, including chairing the organizing committee of the Pittsburgh Association Opposed to Woman Suffrage. She also directed plays at the Twentieth Century Club, a private association for well-to-do ladies. 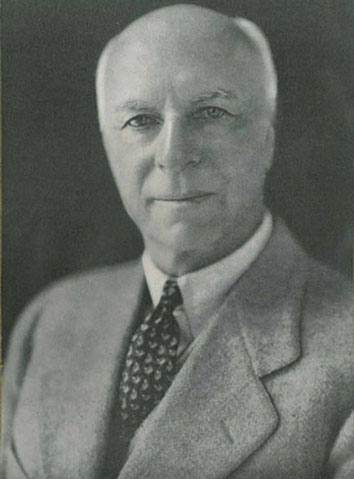 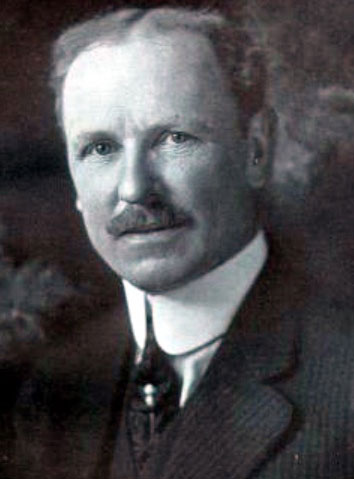 As for the oil men, Joe Trees didn’t need a skyscraper to be famous. A star football player at the University of Pittsburgh in the very earliest days of the sport (when touchdowns still counted for 4 points), he later met Michael Benedum in the West Virginia oil fields; they became lifelong business partners. Both lost sons during World War I, although not in combat; young Joe Trees fell out of a plane in England, while Claude Benedum died in the 1918 flu pandemic. 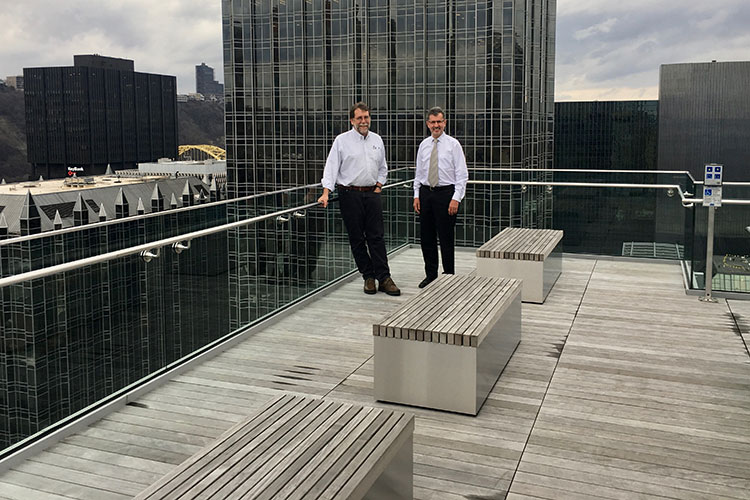 In memory of their boy, the Benedums started a charitable foundation, which is based in the building to this day. Another foundation occupies opulent quarters on the top floors: Bill Benter, a math whiz from Pleasant Hills who made his fortune beating Las Vegas blackjack tables and Hong Kong horse racetracks, now gives back to Pittsburgh through his Benter Foundation.

This article appears in the July 2018 issue of Pittsburgh Magazine.
Categories: Community Feature, From the Magazine