As the Gulf Building rose into Pittsburgh skyline in the early 1930s, the prospects of its owner were headed in the opposite direction. 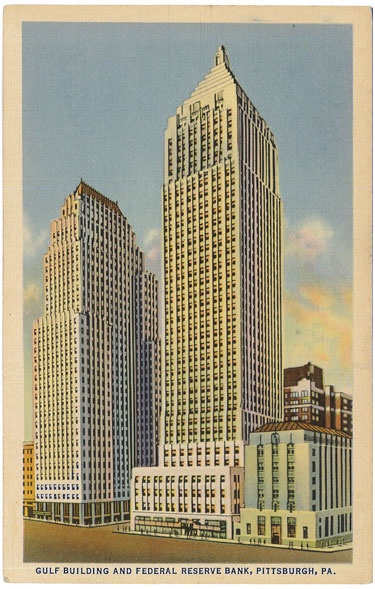 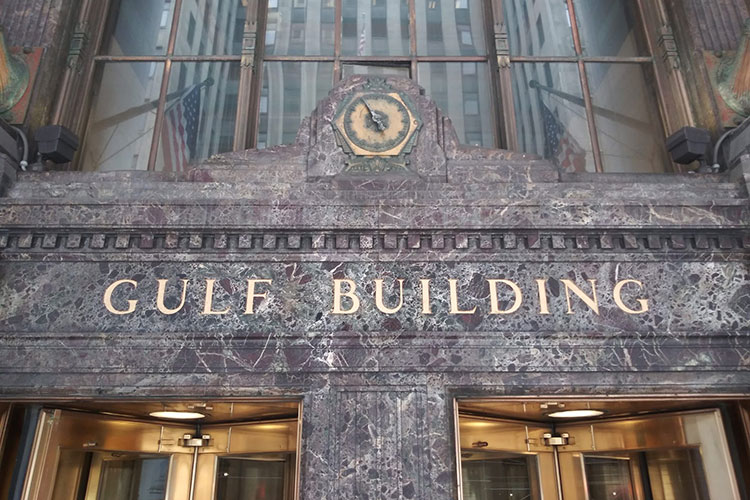 When Gulf Oil revealed in 1929 it would build Pittsburgh’s tallest skyscraper, the company was on a sustained streak of prosperity. So was Andrew Mellon, powerbroker of the banking family that owned Gulf, and so was the country he had served as Secretary of the Treasury. But by the next year’s groundbreaking, the oil company was faltering, the country had plunged into the Great Depression and the once-respected cabinet official was well on his way to becoming as hated as Herbert Hoover. 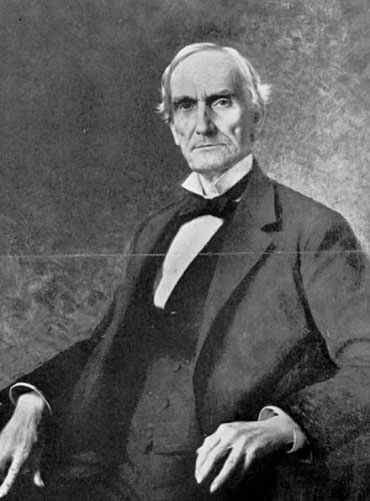 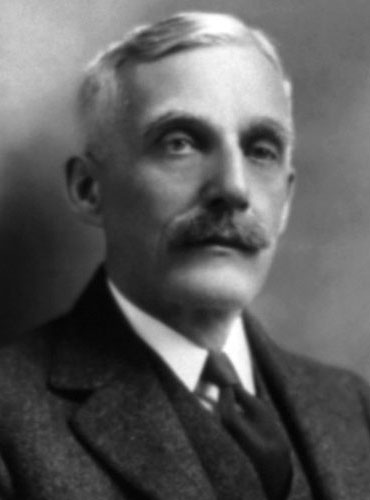 The family story had taken sharp turns before. Mellon’s Scots-Irish immigrant father grew up on a Westmoreland County farm and first saw Pittsburgh at the age of 10, making the 21-mile journey alone on foot. Following a prosperous career as a lawyer, judge and real estate developer, he set up a private bank for his sons. In due time, Andrew, the son closest to his father, took over.

Andrew’s stewardship of Mellon Bank and shrewd investments in companies such as Alcoa and Gulf multiplied the family fortune exponentially. He was close with Henry Clay Frick, who persuaded Andrew to collect rare paintings; each man also introduced the other to his eventual wife. Unfortunately for Andrew, his marriage to a young Englishwoman corkscrewed into a messy public divorce. Otherwise, however, things went well for the Mellons. A magnificent, marble-columned Mellon National Bank opened Downtown in 1924; it was quickly followed by an opulent Art Deco high-rise for Koppers, another Mellon family concern. 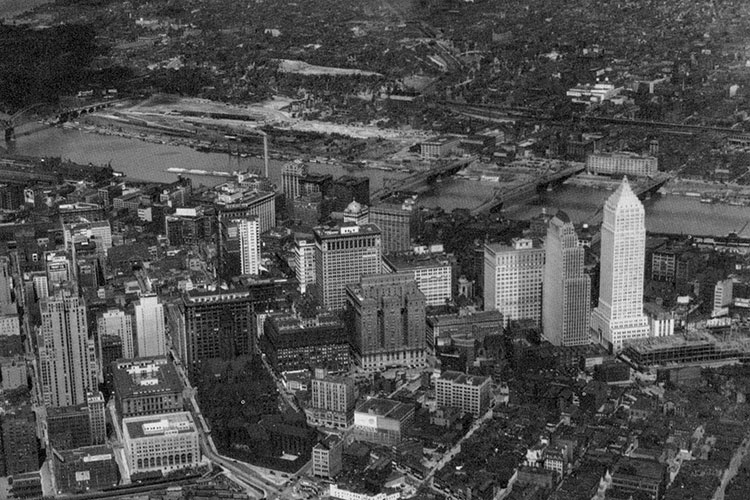 But by the time the Gulf Building opened in 1932, Mellon had been bounced from his cabinet post under threat of impeachment. For the remaining five years of his life, he faced a string of federal investigations for income tax fraud. Magnanimous to the end, the old tycoon donated his collection of paintings to establish the National Gallery of Art.

The stepped pyramid capping the building was first illuminated with orange and blue neon in 1956, the choice of color indicating fair or foul weather ahead. That practice ended with the energy crisis in the early ’70s, but in recent years it has returned with a more colorful LED display. 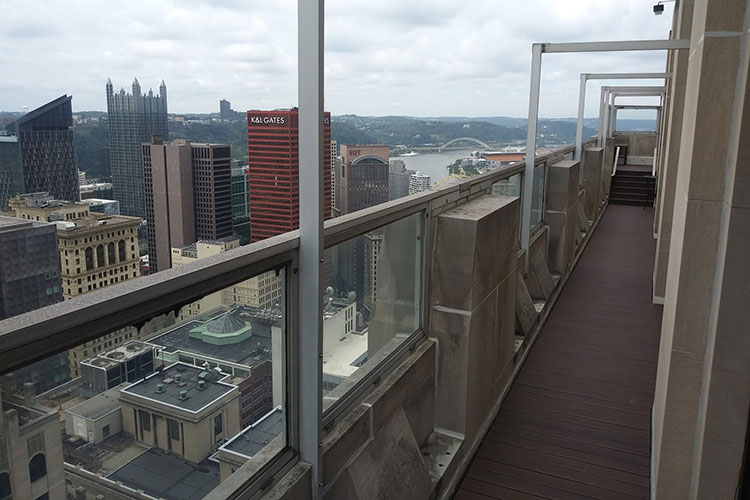 Observation deck closed to the public in 1970

One summer night in 1974, the switchboard operator got a call from the radical group known as the Weather Underground, warning that a time bomb was about to go off in the building. Nobody was injured in the explosion, which wrecked the 29th floor, but the culprits were never caught. A more consequential attack came 10 years later, when oilman T. Boone Pickens attempted a hostile corporate takeover. To thwart him, Gulf merged with California-based Chevron, costing Pittsburgh 1,500 local jobs and a Fortune 500 headquarters. The current owners, New York investors Rugby Realty, bought the nearly empty building in 1986 and renamed it Gulf Tower. It now houses several law firms.

This article appears in the November 2018 issue of Pittsburgh Magazine.
Categories: Community Feature, From the Magazine, Hot Reads