Bet you think we're talking about the origins of the Downtown building with the famous clock –– not this time. 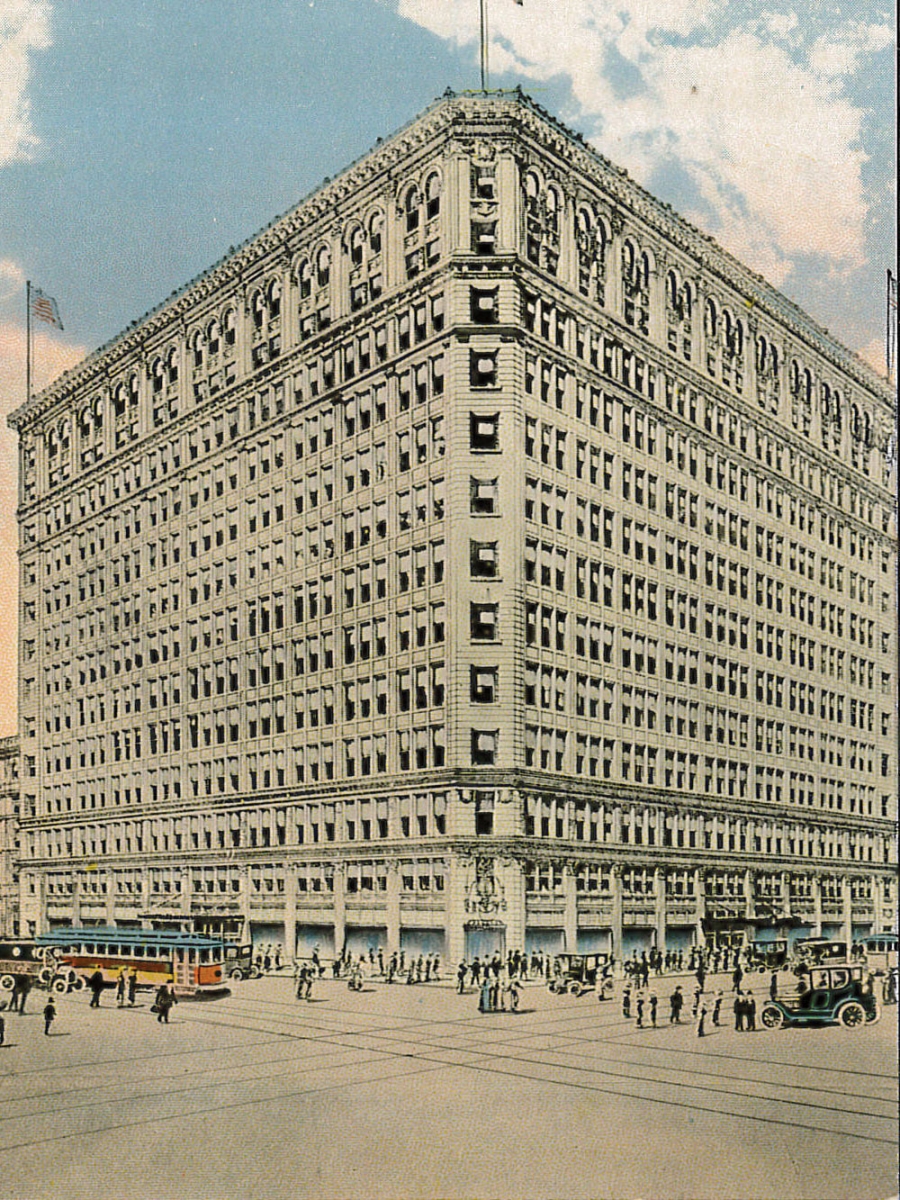 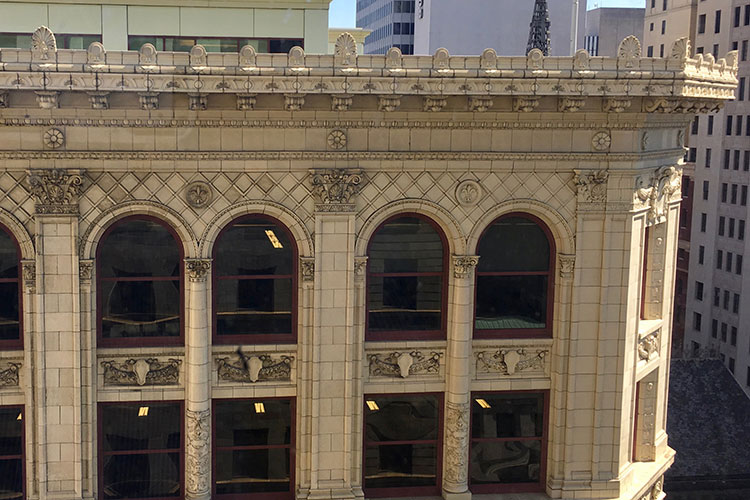 Two blocks from the Kaufmann’s clock, another mammoth former department store towers over Smithfield Street. The building, now known as Heinz 57 Center, spent most of the last century as Gimbels. But the rival to Pittsburgh’s original “Big Store” originally had such a confusingly similar name — Kaufmann & Baer Co. — that its ads specified “no connection with any other store.” 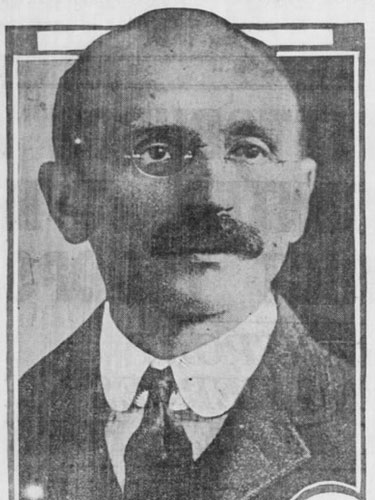 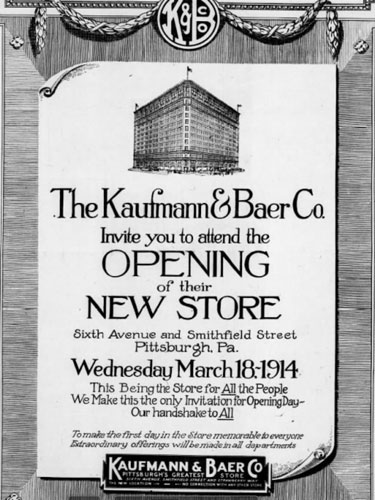 When the original Kaufmann brothers started making money with their Pittsburgh emporium after emigrating from Germany, word soon got back to the relatives in Baden-Württemberg. Morris Baer was one of several cousins who crossed the ocean to join the family business. In 1880, he started as a stock boy, eventually working his way up to general manager. In 1913, the business incorporated and launched a major expansion — with control going to E.J. Kaufmann, son of the founder. Baer, his younger brother Julius, three additional Kaufmann brothers and two others left Kaufmann’s to establish their own mercantile palace. They hired New York architects Starrett & van Vleck, specialists in flagship department stores, to design it. 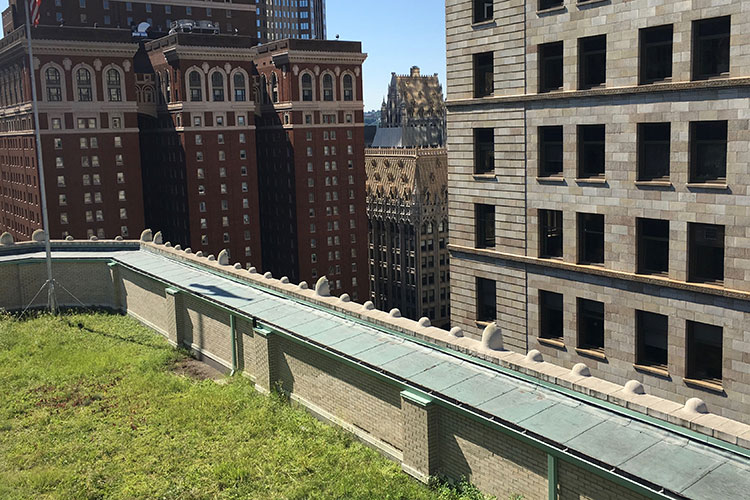 A garden grows on the roof still today.

The new edifice dazzled visitors at its 1914 opening, with broad sidewalk display windows, the city’s first escalators and an 18-foot fountain made of colored pottery. “Unless some unheard of and radical improvement in store building and store furnishing is hereafter developed the Kaufmann & Baer store will probably be as fine a store as ever will be built,” gushed the Pittsburgh Post. Baer died five years later, reputedly from overwork; in 1925, Theodore Kaufmann sold the store to Gimbel Brothers of New York, another retail giant with a similar German-Jewish immigrant origin story. 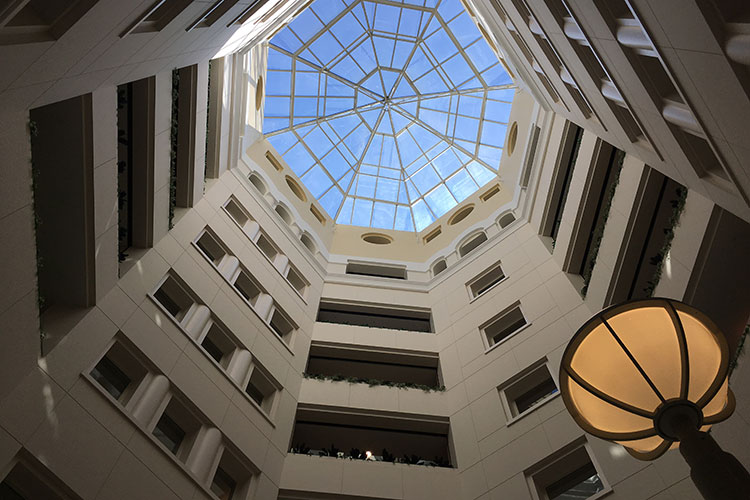 Renovations for the Heinz 57 Center in 2001 included new skylight and atrium.

Chairman Isaac Gimbel recalled an inauspicious introduction to the city: as a youth, a conductor tried to kick him off a train near Pittsburgh. His family also owned Saks Fifth Avenue; Saks for years maintained a Pittsburgh branch on the sixth floor of Gimbels before opening its own Smithfield Street location in 1977. The Downtown Gimbels won loyal customers with the chocolate-and-pecan Annaclairs at its candy counter and bargain-basement sales and other merchandise aimed at budget-conscious shoppers. But it struggled against bigger rivals and suburban malls. 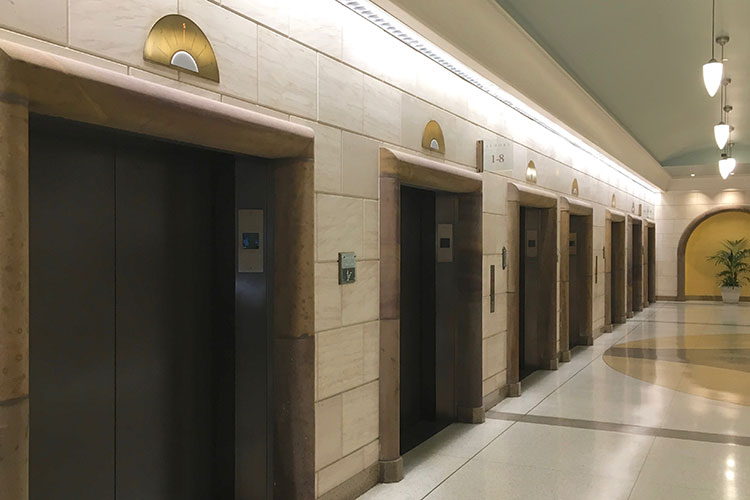 Brown & Williamson, a British tobacco conglomerate, bought the Gimbels chain in 1973, then gave up on it 13 years later, shutting it down and selling off the stores. The Downtown building stood empty until 1994, when Burlington Coat Factory moved into the old bargain basement. In 2001, after extensive office renovation by new owners McKnight Realty Partners, the building became home to Heinz’s North American headquarters.

This article appears in the September 2018 issue of Pittsburgh Magazine.
Categories: Community Feature, From the Magazine, Hot Reads