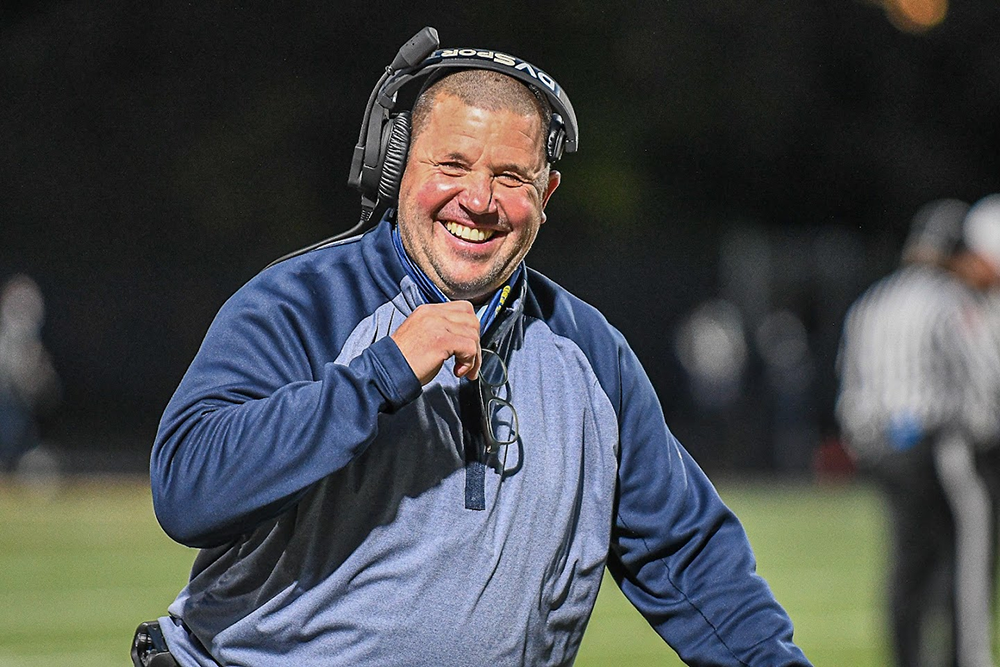 A local high school football coach has won an important award for integrity, achievement and leadership in the sport.

The annual award is granted to the high school football coach who best demonstrates integrity, achievement and leadership, as well as a commitment to the health and safety of their players.

Palko’s win was announced Sunday during the Pro Bowl in Las Vegas. 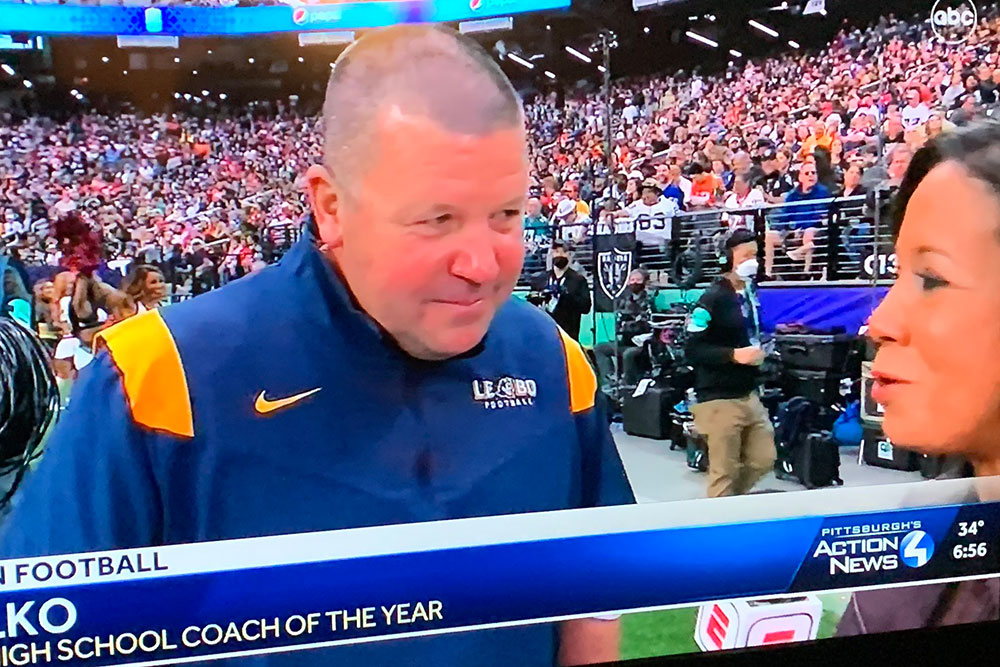 “I think just meeting and being able to learn from the young kids,” said Palko during the broadcast on ESPN of what he loves about coaching. “You got to learn to adapt and adjust through life and these kids have really helped me do that. So it’s kind of a work in progress, but just proud.”

In only his third season at the school, Palko led the Mt. Lebanon Blue Devils to the WPIAL and PIAA Championships. The team finished its season with a 15-0 record, winning the school’s first state championship when the Blue Devils defeated St. Joseph’s Prep, three-time defending champion.

Palko won nine WPIAL Championships throughout his high school coaching career. He’s tied for first in WPIAL history in that category, and only the second WPIAL coach to win a state championship with two schools. (He won the state title in 2001, too, at West Allegheny.)

He also said he’s most proud of watching the young athletes grow and learn through football.

Palko’s colleagues celebrated what they called a well-deserved win.

“I’m so happy for Coach Palko,” said John Grogan, athletic director for Mt. Lebanon High School Athletics, in an email. “He puts so much time and effort into our student-athletes and programs. He is always putting others first and it’s nice to see him gain this recognition.”

He added praise for the state of the football program, which has prospered under Palko’s leadership.

“The award speaks volumes for the culture he and his entire coaching staff have put into place within our program,” he said. “I’m really proud of our student-athletes, coaches and entire football program.”