Mr. Roboto Gets an Encore

After temporarily closing, the Mr. Roboto Project is back at a new site in Bloomfield. 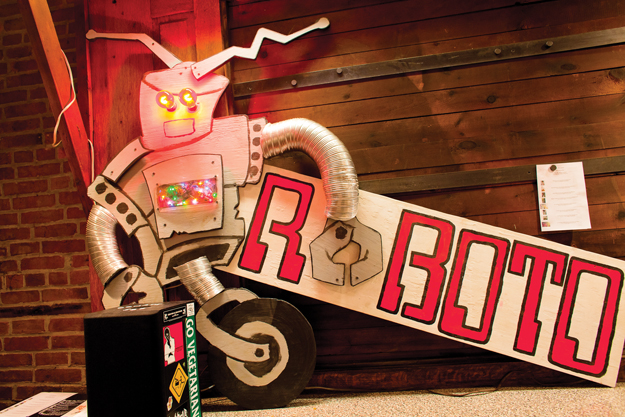 Bundled up for the routine winter squall that often greets this fair city during its leaner months, brave locals ventured out into the cold February night in search of a maelstrom of their own, a place to get the blood flowing and warm their weary bones.  There had been a lot of chatter bandied regarding the newly reopened Mr. Roboto Project, a cooperative show space that had entertained and educated countless youths in everything from punk to acoustic during its run. The fact that the original Wilkinsburg location had served as a starting point in the early days for numerous touring acts, such as Bright Eyes and Explosions in the Sky, was only scratching the surface of its importance to Pittsburgh’s music scene.  Local bands like the Modey Lemon and Grand Buffet found their sea legs there, and others, such as Teddy Duchamp’s Army and Pikadori, considered the venue a second home.

After the East End location had been shuttered in 2010, many wondered if they had seen the last of Roboto — even those closely involved with the co-op weren’t sure what the future held. “I think there certainly was the understanding that we [might not] find a new space,” says Mike Q. Roth, one of the Project’s founders. Roth adds that he and other founders pondered what the future could be like without Roboto: Would it create a void in the local music scene, or was there enough in the way of venue options and activities that Roboto’s disappearance wouldn’t be noticed? 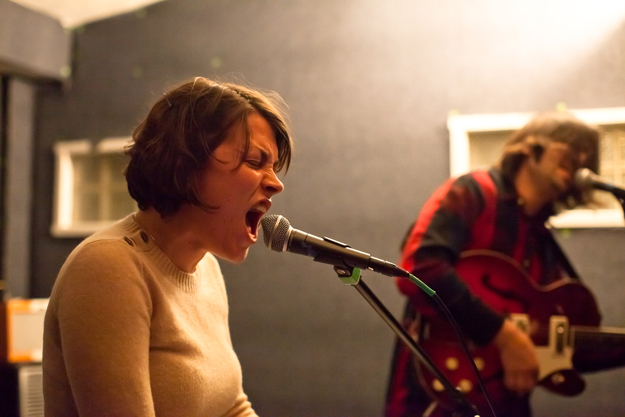 The new and improved Roboto, which opened in November 2011, would be something different. Gone was the one-room show space lined with artwork hanging at the mercy of any young upstart knocking about to the strained sounds of some hardcore group.  Now, the new Bloomfield venue has two separate rooms — the first, as you enter the building, is a gallery that provides more than adequate room for local artists to show their artwork as well as tables for various pamphlets, fliers and assorted literature; the performance room lies beyond the steps, toward the back, as a sparse yet cozy space replete with small stage and P.A. system.

With the aid of a new group of volunteers (a “transition team,” as Roth points out), Roboto’s existence appears to be in good hands.  The new location “helps bring a broader scale of people into the new space,” says current Project board member Renee Hagens.  “Not just for the sole purpose of music — it’s become a place to celebrate art as well.”

Nowhere is this more evident than in the front room, where the vaulted ceilings loom over the artwork — while the old location provided a draw that could be best described as spartan, the current space appeals more to those who are likely interested in gallery crawls.  Photographs by Johnstown-bred artist Olivia Locher adorn the walls, while exposed brick and mortar, a tasteful nod to the building’s original design, add a touch of elegance to the room and serve as a seamless backdrop for her work.  Since the Project, which is currently celebrating its 10th anniversary, is conveniently located on Penn Avenue, it’s a welcome addition to the gallery scene — serving as yet another destination for locals to whet their artistic appetite. 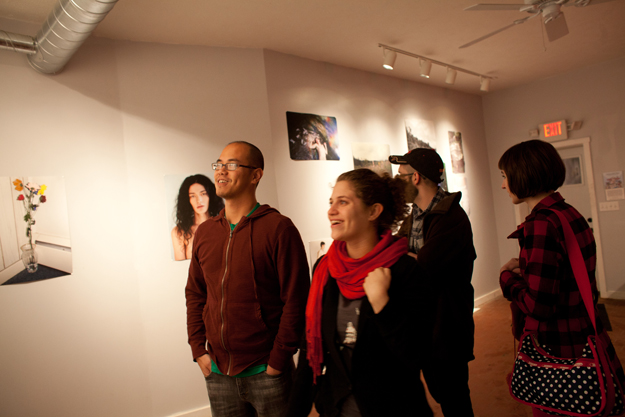 This guarded optimism coincides well with the cooperative’s fundamental creed: providing an outlet for people of all ages to enjoy local and touring acts while taking part in a culture that they wouldn’t otherwise experience.

“Having been involved since Roboto’s inception, I think one thing that keeps us going is our hope and a positive attitude,” continues Roth.  The group is also aware that it could end at any time — but if anything, they appear ready to fight the good fight.

As with most things, the Mr. Roboto Project is under constant development, and while each member surely has their own ideal for the co-op, it’s apparent that a consistent viewpoint exists in regard to what the space means to the Pittsburgh scene. “I would like to see Mr. Roboto continue to evolve into something amazing,” says Hagens.  The fact that the show space has not only continued, but also thrived in such uncertain times, is a testament to everyone’s hard work and dedication — and its malleability for numerous activities speaks volumes of its importance in the future of the city’s underground creative culture. “I’d like to be exposed to some amazing artwork and see some really monumental shows,” Hagens adds.  “It’s an opportunity to be part of something different. It’s an opportunity to do it yourself.”