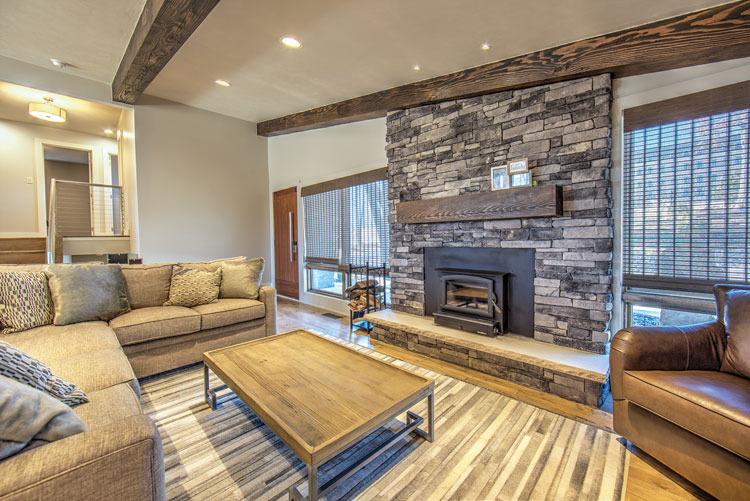 As a longtime homebuilder who has constructed plenty of rustic mountain retreats in the area throughout the years, Jeff Costa was familiar with the 1950s-era home abutting the property at Nemacolin Woodlands Resort in Farmington.

“We knew it was in a good spot,” Costa says of the house situated in a rocky, treed landscape within walking distance of the resort. So when the privately owned, 2,500-square-foot home went up for sale last year, Costa purchased it with the intention of reinventing it as a vacation rental.

Although located in an ideal spot, and boasting a view of the resort’s luxurious Chateau Lafayette, the aging home itself was, as Costa describes it, in need of a lot of love.

“It was a family house,” he says. “A person had lived there for many years. It didn’t have too much ‘wow factor’ to it.”

A fourth-generation homebuilder, Costa, the operating manager of Costa Homebuilders in Elizabeth, typically builds new homes. For this project, Costa and his team embarked on a major renovation that lasted six months — and saw the home taken down to just its foundation and some framing.

“We studied the house that was there and did our best to convert it,” Costa says. 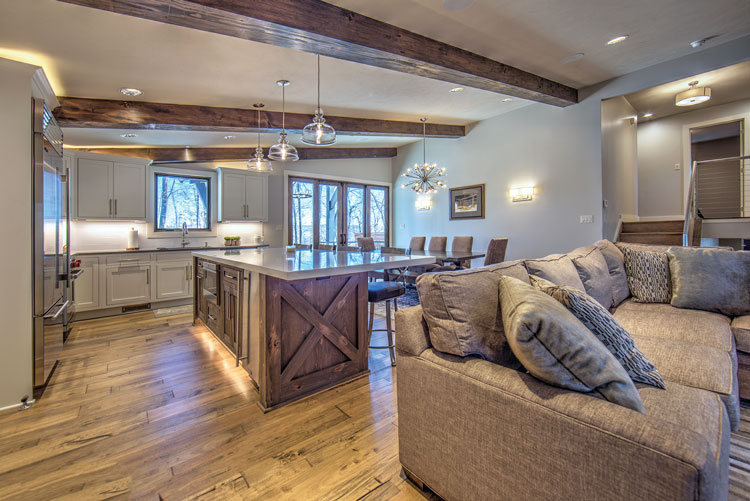 Completed in April, the result is a stunning, five-bedroom, three-bathroom mountain vacation home that stands out from other rentals in the area with its blend of rustic décor and modern elements.

“It’s a sharp-looking house,” Costa says. “It has that rustic feel, but it’s all brand new.”

Inside, Costa raised the home’s ceilings and knocked down many of the walls, transforming what once was a warren of small, separate rooms into an open-space concept.

The barnwood accent walls found in the master bedroom, plus the timber ceiling beams and traditional stone fireplace in the living room, contrast nicely with the home’s contemporary aspects, which include a modern starburst chandelier in the dining area and sleek industrial-style fixtures in the kitchen and bathrooms. In both rooms, Costa chose to use quartz rather than marble or granite countertops.

“It’s a little more of a modern, contemporary look, and maintenance free,” he says. 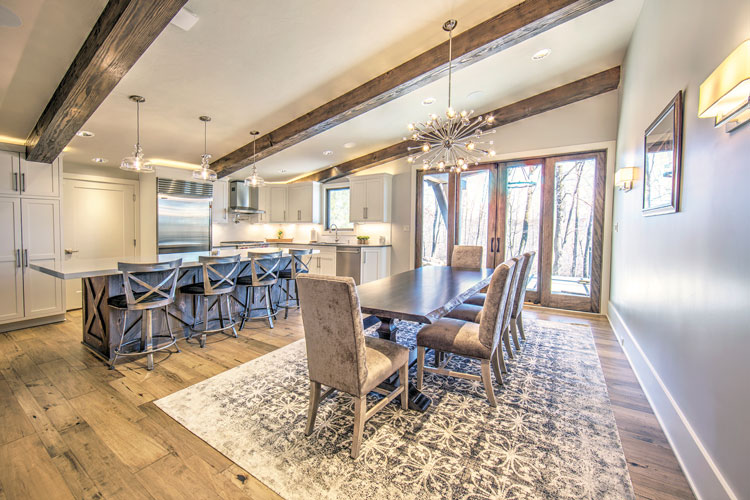 Costa’s wife Jennifer, who also works for the company, helped pick out the home’s cabinetry and fixtures.

For decor, Costa turned to Today’s Home, a furnishings store with locations in Green Tree and Ross Township.

Larry Martys, an interior designer with Today’s Home, worked with the couple to create a space that maintains the integrity of a mountain home while introducing a youthful vibe.

“Jeff and Jen are a young couple, so we didn’t want to lock them into something their parents had,” Martys says. “The home itself doesn’t call for that type of look.”

Complementing the home’s mid-century-modern roots, Martys brought in transitional (a combination of modern and traditional) furniture in neutral tones.

“The colors are muted so we don’t fight with any of the outdoor views,” Martys says. “The house needed to be able to stand on its own.” 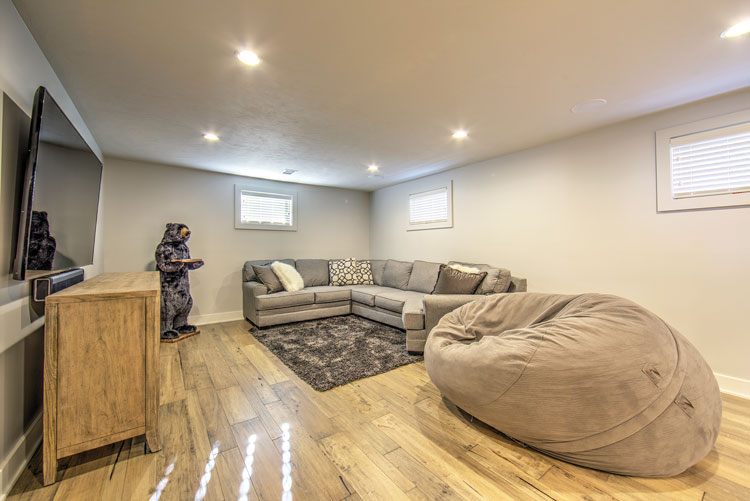 Martys also chose contemporary sculptured rugs and a wood dining room table with a live edge, which he says helped to bring some of the outdoor elements inside. For fun, he added a carved butler table shaped like a black bear.

“Larry brought in some really cool things,” Costa says. “He did a good job with what we wanted to bring to life with the furniture and decorations.”

One of the biggest changes to the exterior came courtesy of new Ipe wood siding and timber framing, which replaced the old-fashioned vinyl siding. Costa enhanced the landscape by adding front and back porches constructed with beefy 9-by-11-inch timbers.

“It’s just a nice, chill place where you can hang out,” Costa says. 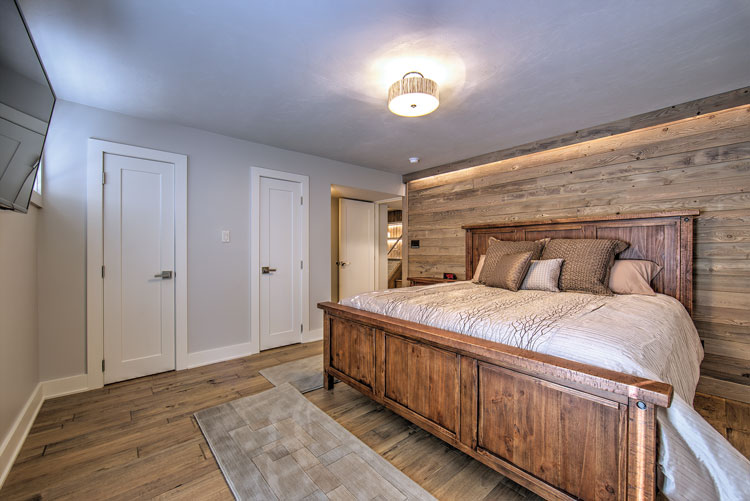 Since its completion in April, the house has been popular as a vacation rental, says Costa, who adds he and his family try to get up to the home at least once a month. The rest of the time, the house is rented through the resort to families looking for a mountain escape or even as a corporate retreat.

“Because of its location, the response has been good,” he says. “It can handle multiple families, which is a help.”