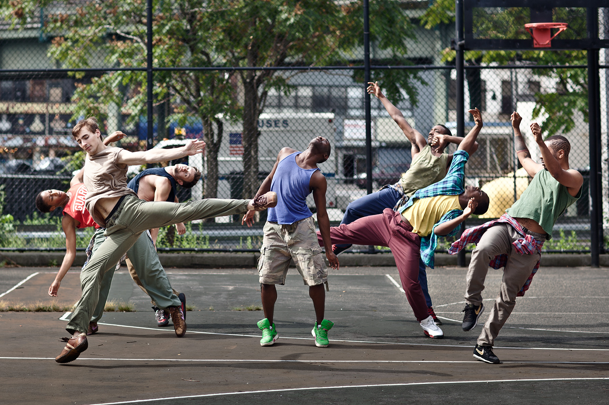 The huge grin on dancer/choreographer Kyle Abraham’s face beams through his voice during a laughter-filled phone conversation. The 2012 recipient of a Jacob’s Pillow Dance Award is performing Another Night, a world premiere commissioned by Alvin Ailey American Dance Theater, through Dec. 19 in New York.

Although Abraham, director of Abraham.In.Motion, is winning international recognition and has choreographed for many companies — including the August Wilson Center Dance Ensemble and Ailey II — he is awed by AAADT director Robert Battle’s confidence in his work, and enthuses about upcoming opportunities: a trip to South Africa and a duet with ballerina Wendy Whelan.

A born mover, Abraham, 35, initially immersed himself in Pittsburgh’s rave scene and the hip-hop influences of his formative years. Watching Joffrey Ballet’s rock opus Billboards inspired his foray into jazz dance classes and pursuit of other techniques in New York, where he earned degrees from SUNY Purchase and the NYU Tisch School of the Arts. The powerful dancer with articulate arms and hips, and a mesmeric presence has performed with numerous troupes — including Bill T. Jones/Arnie Zane Dance Co., David Dorfman Dance and Attack Theatre — but an urgency to express his fluent choreographic voice through his eclectic movement vocabulary necessitated the founding of his New York-based troupe in 2006. He’s filling Abraham.In.Motion’s repertory with music-driven works that overlay intensely personal material with universal themes. 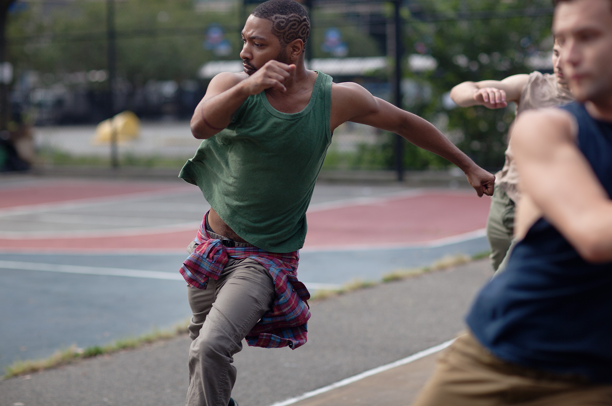 The Lincoln-Lemington native currently resides in Brooklyn, but Pittsburgh remains his spiritual home, a nostalgic wellspring of choreographic material and his favorite venue for his world premieres. Abraham’s award-winning The Radio Show (2010) lamented WAMO-FM’s demise and dealt with his late father’s Alzheimer’s disease, while the autobiographical Live! The Realest MC (2011) grappled with personal identity and sexual orientation.

His newest Pittsburgh-based epic, Pavement (which also embraces film and literary sources), derives its emotional context from Abraham’s gut response to the gang violence that surrounded him in high school, as well as his musings on the cultural history and economic declines of Homewood and the Hill District; the hour-long work, with its male-dominated cast, operatic score and time-lapse video, has its Pittsburgh premiere in February at the Byham Theater.

Has your musical background aided you as a choreographer?
I guess so. In elementary school, I was asked if I wanted to learn to play an instrument. I picked the cello. I’ve been exposed to all sorts of music, and I’m hungry for discovering new sounds.

You address serious subjects — genocide, sexual identity, race and discrimination — through dance. Is your work controversial?
Yes, it is because it’s honest. My work is not controversial because I’m trying to push buttons. Lauryn Hill says, “Fantasy is what people want, but reality is what they need. I’m interested in reality.”

How has your work resonated with audiences?
After a performance of Live! The Realest MC in Seattle, a man from the audience said, “When I moved to the U.S., I had to hide my accent to [avoid being] bullied. I had to lose who I was to fit in.” Exactly.

What has been the highlight of your career?
Receiving the 2012 Jacob’s Pillow Dance Award was pretty insane; it has been bestowed on artists like Merce Cunningham and Bill T. Jones. I am so honored and overwhelmed that I was recognized in that way.

You’ve also won a Princess Grace Award for Choreography and a “Bessie” (the New York Dance and Performance Award). Do you feel added responsibility after receiving these honors?
Yes, I feel pressure for each new work to be better than the last. There is always somebody waiting for you to fail. I don’t want to give them that glory.

Do you experience stage fright?
I definitely put a lot of pressure on myself not to mess up — especially when I’m at home. The Pittsburgh Dance Council performance in February is the biggest opportunity I’ve had at home.

What do you miss about Pittsburgh?
Too many things! The DJ Dance Parties at Brillobox, driving past Mellon Park, the fresh smell of Pittsburgh after it rains — and my friends.

Do you follow Pittsburgh sports?
Of course! I catch a game here and there. There are Steelers bars all over the world.

What changes do you notice during your visits?
I’m weirded out that East Liberty is becoming Shadyside, but I like the progress of the Penn Avenue Arts Initiative.

Will you continue to maintain a toehold in Pittsburgh?
Yes. It’s my home.

This article appears in the December 2012 issue of Pittsburgh Magazine.
Categories: Arts & Entertainment