More Than an Encore

After a brief hiatus (and two failed resurrections), the Hollywood Theater is back in Dormont. 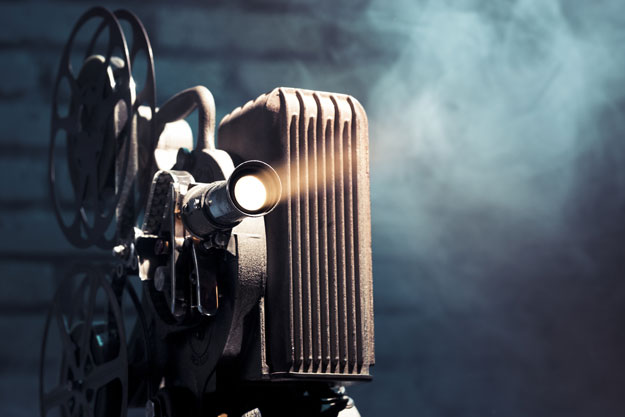 On a recent Saturday night in Dormont, a mob of blood-spattered zombies staggered down the aisles of the Hollywood Theater in search of … a seat. On closer inspection, these were just gruesomely made-up horror fans attending a benefit screening of Day of the Dead, one of Pittsburgh horror-maestro George Romero’s zombie films.

The screening, which featured a Q&A with the film’s stars and benefited children’s charity “Scares That Care,” was an example of the creative programming at the Hollywood, a lovingly restored vintage-film venue and one of the last remaining single-screen theaters in Pittsburgh. It offers classic movies, cult flicks, local premieres of new independent and foreign films, and a wide range of special events.

Movies first flickered onto the Hollywood’s big screen in 1933. The Art Deco-style building served as a neighborhood entertainment hub until 1998, when it went the way of so many local theaters, unable to compete with the sprawl of corporate megaplexes with dozens of screens and acres of parking.

But this Hollywood sequel has a happy ending: The theater recently celebrated a full year back in business, and as word spreads about this hidden gem in quiet Dormont, crowds are beginning to grow.

This was hardly inevitable. Two previous attempts to resurrect the Hollywood failed in the last five years alone, despite a $300,000 state-of-the-art renovation in 2007.  “I think the third time’s the charm,” says John Maggio, executive director of The Friends of the Hollywood Theater, the nonprofit group that now runs the cinema. “It takes time to build a relationship with a community, but I’ve really seen that happening this last year.”

One way they’re reaching out is by hosting film festivals like The Pittsburgh 48 Hour Film Project, in which filmmakers race against the clock to make a short film in two days. The resulting films will be screened at the Hollywood (July 28-29 this year), and the judged winners will go on to The Project’s international competition of 100-plus cities.

“The Project gives area filmmakers the chance to meet and see each other’s work,” says Nina Gibbs, one of its Pittsburgh producers. “We see it as a vital part of Pittsburgh’s growing film community.” The Hollywood is a perfect fit for the event, she adds. “It offers our self-funded, very indie filmmakers the rare chance to screen their work in a beautiful old-time theater.”

Scott Jackson, President of the Hollywood’s 11-member board of directors, is a Dormont resident and businessman with dual passions for movies and his community. During the second resurrection of the Hollywood, he volunteered at the theater. When it closed yet again, he says, “Some of us who’d volunteered said, ‘We can’t just let this go.’ And we decided that a nonprofit would be the best way to run it.” The Friends of the Hollywood Theater received nonprofit 501(c)(3) status last December, allowing the group to apply for grants, and raise funds through sponsorships and donations.

Funds are put into an escrow account each month to go toward the Friends’ eventual purchase of the theater.  While their mission statement includes such noble goals as “combating community deterioration” and education “in the art of film,” the bottom line is simple: “We want to keep this place from becoming a drugstore,” says Maggio. That was the fate of beloved South Hills Theatre, which is now a CVS.

“When these places go, memories fade,” says Ronald Quigley, a Pittsburgh firefighter turned Los Angeles actor and filmmaker. Last year, Quigley screened his first feature film, Last Act, at the Hollywood and fell in love with the place. Inspired, he went on to create The Pittsburgh Independent Film Festival, expressly to aid the theater. The inaugural fest was held last month; Quigley hopes to turn the festival over to the Hollywood as an annual event.

One of the theater’s most popular features is an ongoing raffle that allows the winners to screen their own favorite films. Upcoming special events at the Hollywood include a CD launch party for local band The Drowning on July 21 and a planned beer tasting that will be coupled, appropriately enough, with W.C. Fields comedies. Try finding that at a megaplex. Then try finding your car in the parking lot.