Money Masters: Handling Debt With a Dose of Realism

If you’re tackling a large amount of debt, there are different philosophies about how to do it. So which is right for you? 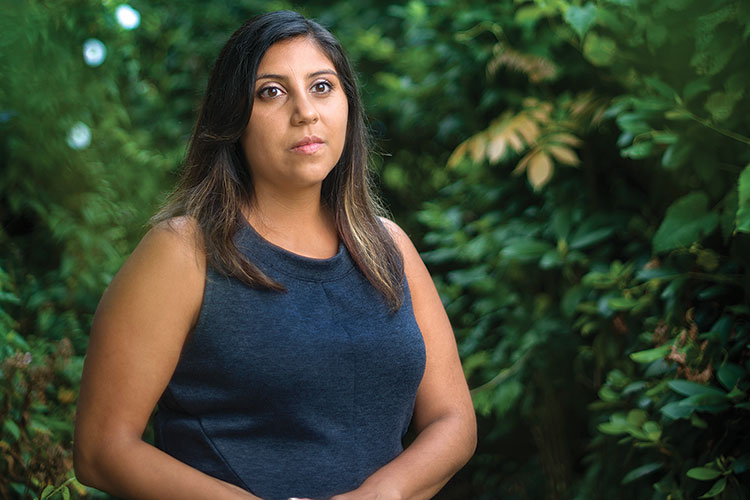 Robin Rectenwald has worked seven days a week since she graduated from college, thanks to the $101,000 in student loan debt she accrued. “I grew up in a blue collar family, and they didn’t have money to send me to college,” she says. “I graduated high school with a 4.2 grade point average and applied for scholarships and financial aid.”

​Rectenwald, a public relations account supervisor, says she was applying to private schools “because I had really big dreams.” She spent two years at Allegheny College and two years at Duquesne University. She graduated without a job in May 2012, and by August she started getting the reminder letters that her student loan payments would be due soon.

“I had no job and had a monthly payment of $1,000,” Rectenwald says. “I didn’t know what I was going to do.” Even with a resident adviser job and a partial scholarship that helped defray her costs, she was left with a total bill for her education that seemed insurmountable.

So much personal finance advice warns against getting into money trouble: don’t get too many credit cards, don’t take out more student loans than you can afford, save at least three months’ salary for emergencies. But student debt hit $1.5 trillion earlier this year, the average American has three credit cards with a total balance of $6,300, and at the end of last year, 33 percent of Americans had a past-due debt in collections. These are people past the point of advice like “make coffee at home instead of buying a latte.” Unfortunately, the stigma and shame attached to debt means there isn’t a lot of conversation about how to get back on track after hitting a financial pothole.

“For a lot of people, it is getting over the idea of, ‘Hey I’m just going to hold on to this secret, not tell anybody until it’s too late, and just going to hopefully let someone else dig me out,’” says financial adviser Benjamin Lodico of CrestWell Partners.

Rectenwald says she wasn’t living extravagantly by any measure and was still having difficulty paying the loans — she estimates there were 10 of them. “I was spending a third of my paycheck on student loans and living with my parents. I didn’t have a car,” she says.

Eventually Rectenwald met with an adviser who steered her toward a program that consolidated her loans into one payment with a fixed interest rate. But she still lives a relatively Spartan lifestyle to keep on track with the payments.

“After I lived with my parents for a year, I moved out and got a roommate, and even though I was still living paycheck to paycheck, my student loans always came first,” she says. “I did things like not turning on my heat or air conditioning, and eating meals at my parents’ house. I was lucky to have them close by, and I know not everyone has that luxury.”
She still works a second job, and though she’s able to keep her nights free for socializing and down time, she knows she misses out on a lot of things. “I haven’t been to brunch in forever,” she jokes.

Financial planner Lara Dalton of Waldron Private Wealth says the stigma around having debt isn’t limited to people of low or moderate incomes; people who come into sudden wealth may still have credit cards they can’t keep under control. And, she notes, not everyone who’s in debt is there because they couldn’t walk past a Target without spending money; more people, like Rectenwald, find themselves in circumstances they didn’t plan for, or couldn’t have planned for.

“People are putting their medical expenses on credit cards,” Dalton says. That’s just making a difficult situation worse, depending on what the credit card’s interest rate is. She strongly urges people with medical bills to try to work with the hospital or doctor’s office on a payment schedule. “Very often they will work with you to try to pay it down,” she says.

But with any debt situation, Lodico says it’s hard to make any progress unless the person is willing to sit down and figure out what the source of their debt is, how much is coming in every month and where it’s going. And the idea that there’s “good debt” and “bad debt” can be a bit problematic, he adds.

“I look at it through a little bit of a different kaleidoscope,” Lodico says. “Anything that has an asset behind it, a car, a house, generally that’s ‘good’ debt. But you don’t want to get too caught up in saying ‘good debt’ and ‘bad debt’ because if you buy a $400,000 house that you can’t afford, that’s bad debt. Student loans can be good and can be pretty bad. It doesn’t make sense to rack up hundreds of thousands of dollars if the career path you’re going on is going to cap at $50,000 a year. Having revolving interest on your credit cards is, most of the time, a bad idea.” He says to view student loans as buying future potential for cash flow, and be realistic about what you’re purchasing.

Dalton laments that there’s little training or advice for students about credit cards and other debt until they’re in college and faced with making decisions about financial aid. “No one talks to our younger generation about it,” she says. “You don’t learn about credit cards in high school; you only learn if parents sit you down to talk about it.”

If you’re tackling a large amount of debt, there are different philosophies about how to do it. Some financial advisers like the “debt snowball,” which was popularized by financial guru Dave Ramsey. You create a snowball effect by paying the minimum monthly amount required on all debts, then putting anything left over toward the smallest balance. When that small balance is paid off, you take the leftover money and put it toward the next-smallest balance.

Other advisers suggest the “debt avalanche” method, where any extra money goes first toward the balance with the highest interest rate, whether it’s a credit card or a student loan. This method makes your money go further, in theory, since over time you’ll pay less in interest.

Ultimately, Lodico says, people fare better when managing debt problems if they have someone to talk to about it. “If you’re married or have a partner or family member you trust, try to look at what you’re doing together financially,” he says. “That typically eliminates a lot of these problems because accountability does come up and the shame doesn’t get so big.” And he adds, don’t be too hard on yourself when it comes to being embarrassed about debt. “The loan market is designed for you to fail,” Lodico says. “They don’t make money if you don’t have loans. Whether it’s student loans, houses, credit cards, they don’t make money if you don’t take out loans.”

For her part, Rectenwald is attending graduate school and refused to take out any loans, instead paying for it out of pocket. At one point last year, she says, she was working three jobs to pay her tuition. She says if she could give her past self one piece of advice it would be to do more homework. “I regret not doing more research and finding a lower loan or more scholarships,” she says. “It was really overwhelming, and I didn’t put in the time. Now, it’s all about sacrifice.”