The locally bred (but Cleveland-born) composer Henry Mancini’s biggest hit wasn’t named after the Monongahela — but his ties to the region run deep. 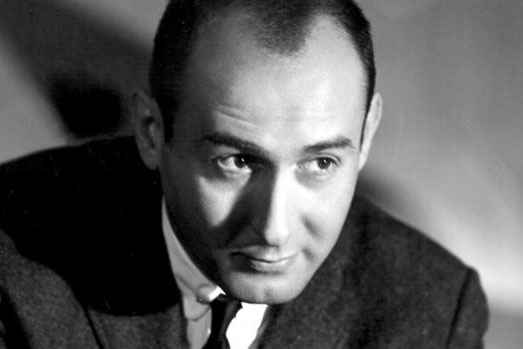 In 1960, while working on the score for “Breakfast At Tiffany’s,” Henry Mancini wrote a simple melody and shared it with lyricist Johnny Mercer. Among other ideas, Mercer pitched the title “Blue River,” but that name had been used several times.

Mercer suggested, as an alternative, “Moon River.” The rest is pop music history.

Moon River is just one letter off from Mon River, and many people in western Pennsylvania consider Mancini a favorite son — a good kid from Aliquippa who hit the big time in Hollywood.

There’s no connection, however, between the Monongahela and what may be Mancini’s most famous song. That title — and thus the river’s name — was all Mercer’s idea. (Mercer was from Georgia.)

Mancini acknowledged his somewhat surprising birthplace in “Did They Mention The Music?,” his autobiography.

“Although people think of me as being from Pennsylvania,” he writes, “I was actually born in Cleveland on April 16, 1924.” Mancini moved when his father, Quintiliano, got a job at the Jones and Laughlin Steel Co.’s Beaver County mill in the late 1920s.

Mancini says he fell in love with movie soundtracks at age 11 when his father drove him into Pittsburgh to see Cecil B. DeMille’s “The Crusades” at the Loew’s Penn Theater (now Heinz Hall). “What I remember most of all from that day is the music, the sound of a big orchestra. I had never heard anything like it.”

He had shown interest and musical talent before then, playing piccolo when he was 8, and eventually the flute; he often performed with the Sons Of Italy band in West Aliquippa, the place he always considered his hometown.

After high school, Mancini received a scholarship to the Juilliard School of Music in New York City where he studied until he was drafted into the Army Air Corps during World War II. (He was assigned to the Air Force Band.)

After moving with his wife, Ginny O’Connor, in 1947 to her home state of California, Mancini found a job with Universal Studios. He would go on to work on notable films including “The Creature from the Black Lagoon” and “Touch of Evil” before composing the popular theme song for the television series “Peter Gunn.” Mancini’s “The Music for Peter Gunn” won Album of the Year at the first Grammy awards in 1959. He would eventually win a total of 20 Grammys and four Academy Awards, among countless other honors.

He returned to western Pennsylvania frequently, conducting his own orchestra, the Boston Pops and the Pittsburgh Symphony Orchestra — most notably, in the case of the latter ensemble, at Three Rivers Stadium, where a 1972 concert drew 29,012 people.

Pittsburghers may wonder if Mancini is related to the local Mancini’s Bread family. Mary Mancini Hartner, whose family has owned and run the bakery for generations, speculates they are probably distant cousins, all immigrating from small villages in the Abruzzo region of Italy. In the 1980s, Mary took a chance and wrote Henry a letter, asking if he might consider doing a benefit concert for the McGuire Memorial in New Brighton; he graciously agreed.

This article appears in the May 2020 issue of Pittsburgh Magazine.
Categories: Rick Sebak