How a preschooler named Daniel Tiger is bringing the message of Fred Rogers into the 21st century. 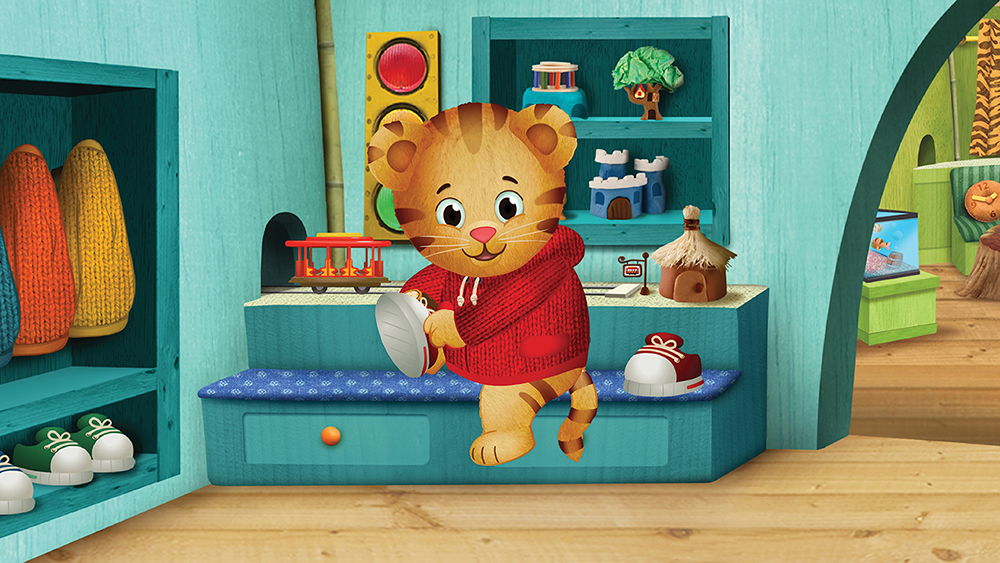 While Fred Rogers raised his children on a quiet street in Squirrel Hill, he was busy raising the rest of us, too. Gentle, thoughtful and remarkably powerful, he was a presence like no other for more than three decades.

As the years passed, Pittsburgh's neighborhoods changed dramatically, much like the rest of the planet. But life in that imaginary house with the magical trolley — and the crucial message that we could be liked, just the way we are — somehow endured.

And then, just as the 21st century was picking up speed, he was gone. In his absence, the world of children’s television kept bubbling along.

But something was still missing.

No one on TV, save for Mister Rogers himself in the reruns aired on a handful of PBS stations, was filling a deeply important void: helping young children begin to understand themselves, their communities and the fears that color their first years in this world.
From 1968 through 2001, Mister Rogers was the one who talked preschoolers through worries big and small. The need for that reassurance and education didn’t vanish when he hung up his cardigan for the last time.

And yet, who could step in?

Another affable guy who spoke softly, wore sweaters and could be installed in that same house? The thought made everyone, including Rogers’ widow, Joanne, shudder.

Rogers’ former co-workers, still plugging along in their offices at the WQED building on Fifth Avenue, knew they were the ones to somehow fill the void. The folks at PBS knew it, too. So they brainstormed and eventually found a partner in Angela Santomero, co-creator of the hit children’s shows “Blue’s Clues” and “Super Why.”

Together they sketched out and scrapped dozens of ideas before settling on the one they believed could bring Mister Rogers’ message back to television without any ham-handed missteps.

All it took was a tiger.

Building a new neighborhood
The creative team “wanted to honor everything we loved about the original show,” Santomero says — from “Fred’s first and favorite puppet, Daniel” to iconic moments like his 1981 visit to a crayon factory.

Bill Isler, chief executive of the Fred Rogers Co., and Kevin Morrison, the company’s chief operating officer and executive producer of the new show, devoted themselves to the task of keeping social and emotional learning at the heart of this new project.

The result, after nearly a decade of work, is a new animated series called “Daniel Tiger’s Neighborhood.” It premiered in September to positive reviews and great enthusiasm here in Pittsburgh.

We’ll warn you: Much is different. Daniel, the preschool-age son of the now fully grown Daniel Striped Tiger, is the main character. Sporting a red hoodie (instead of a cardigan), he effortlessly slips on his digitally rendered sneakers in a split-second.

But the spirit and advice delivered via songs like “What Do You Do With the Mad That You Feel?” and “You Are Special” have been given new life in a fresh but sweetly familiar neighborhood.

There, the trolley still chugs along. King Friday still rules. And you’re still welcome, just the way you are.

What's changed and what hasn't?
The neighborhood: The realistic world where Mister Rogers began each episode is gone. No living room, no visits from real people and no live fish. All the action happens in the Neighborhood of Make-Believe, which now includes places like the beachfront jungle home where Daniel’s family lives.

But the show retains the same “day-in-the-life aspects,” and gives “parents and kids active strategies” for managing their lives, Santomero says. The Neighborhood of Make-Believe was not only Santomero’s favorite piece of the original show, but also the favorite of Linda Simensky, PBS’s vice president of children’s programming.

Simensky says one key to the show’s success may be that it mixes the new with the familiar. “One of the biggest problems with television in general is that it’s not trying to grow,” she says. “It’s a very different time now.”

Among the familiar “nods of love” to the original series, as Morrison calls them: Daniel's father now works at a clock factory (after growing up inside a clock), and Lady Elaine is raising her daughter, Miss Elaina, inside the Museum-Go-Round.

The characters: Wide-eyed and adorable, Daniel Tiger has been a hit with kids in test audiences. His endearing face and cheerful manner also helped sell Joanne Rogers on the show. His co-stars include O the Owl, nephew of X the Owl; Katerina Kittycat, daughter of Henrietta Pussycat; Prince Wednesday, son of King Friday and Queen Sara Saturday — and much younger brother of Prince Tuesday; and Miss Elaina, daughter of Lady Elaine Fairchilde and Music Man Stan.

The music: Songs are just as central to this show as they were to the original. Many favorites, like “Grown-Ups Come Back,” were recycled. It just takes a bit of adjustment to hear them sung by a chirpy chorus of childlike voices instead of Mister Rogers’ soothing delivery.

The tempo: The slow, comforting pace of the first series is gone. But this show is notably calmer and less quick-cut than most modern programming for young children.

There is also a comforting return to the format of the show, which was a strength of “Mister Rogers' Neighborhood.” In each episode, two 11-minute stories covering a single topic are bookended by brief videos of real kids.

“Repetition and routine are reassuring to young children, and help to build their basic premises of how the world works,” says Cynthia Edwards, professor of psychology at Meredith College in Raleigh, N.C.

“One of the things ‘Blue’s Clues’ did very effectively was to get to the same kinds of predictability and routine,” Edwards says, and it’s nice to see Santomero embracing the same approach with “Daniel Tiger.”

The trips: Visits to real places get less screen-time in this show. But a smattering of video is used, and it’s a strong point. In one episode, a young boy’s mom leaves for a business trip, and through voiceover, she shows him (and the audience) what it’s like to prepare for business travel, take a trip and return home safely.

A hit with (PBS) audiences
Since the show’s September premiere, Isler says it has delighted Pittsburghers.

PBS has been pleased with “Daniel Tiger’s Neighborhood” since the earliest days of development. “We liked the script and the tiger. But then when we saw the rough cut, it made everybody get a little teary,” Simensky says. “It was so effective and so cute.”

Buzz on online message boards has also been positive. And children have the chance to give new storylines their seal of approval: Scripts are tested on audiences to see “how the kids are learning the strategies, and whether they can use them at the end,” Santomero says. “We want to make sure what we’re doing works.” 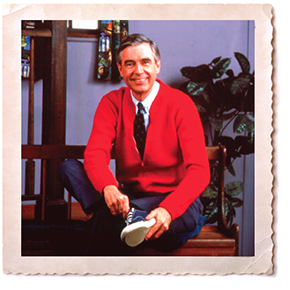 The Pittsburgh connection
The Fred Rogers Co. remains here, so the planning and management of the new show happens in Pittsburgh. The initial design work for each episode is worked on here, but the animation is completed elsewhere. The live-action video snippets are produced in Pittsburgh, with local kids and parents making brief appearances in each episode.

And all the gaming work for the show’s website is done at Schell Games in South Side.

“Jesse Schell is something of a rock star in the game world,” Morrison says of the CEO, so the producers were thrilled when he accepted this unique assignment.

Rather than designing games “where you achieved something — maybe you go up to a new level in the game,” Morrison says he asked Schell to come up with something totally different. “We didn’t really want goals, and we wanted to be playing around with concepts to do with social and emotional learning,” Morrison says. “He met the challenge very well” and made sure the emotional-learning games could be played by users too young to manage a mouse or read instructions.

The old neighborhood still stands
There’s still a great need for the enormous body of work that Mister Rogers created, and thanks to technology, we have instant access to it. “Daniel Tiger’s Neighborhood” may inspire parents and grandparents to use the original series as a resource when raising children today. Old episodes are available on DVD, and many shows are also available for viewing at fredrogers.org.

This article appears in the December 2012 issue of Pittsburgh Magazine.
Categories: From the Magazine