Local thrift stores Avalon Exchange and the Consignment Boutique shifted their operations during quarantine and in the yellow phase of reopening. 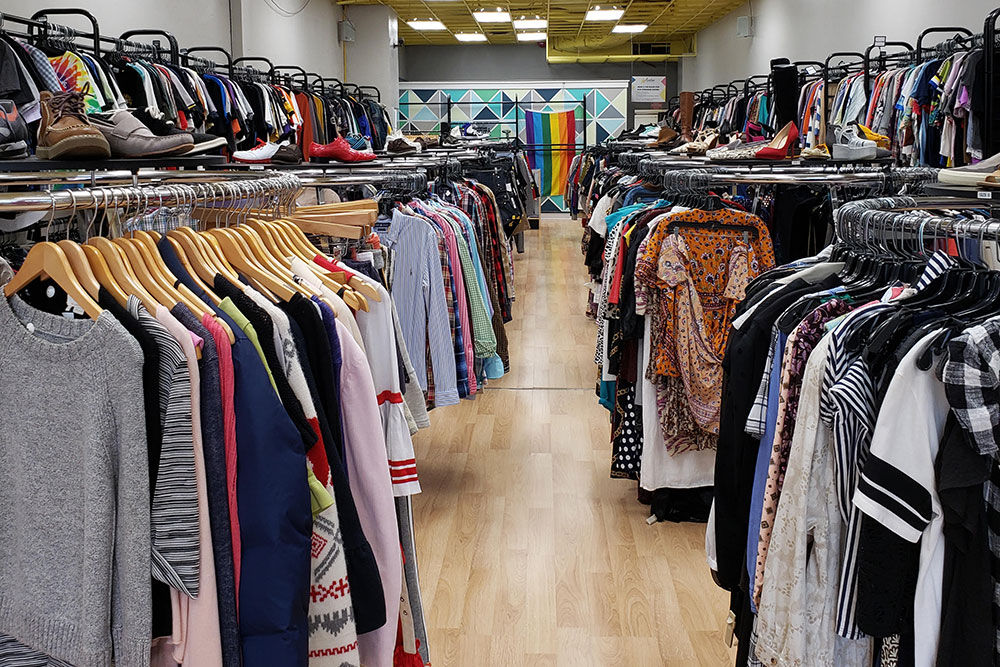 If you long for the thrill of digging through a pile of old Levi’s at a resale store, consider Instagram as the next best thing.

Local thrift stores have altered their consignment methods to make shoppers feel more comfortable during the pandemic, including some online buying options through social media. Since Allegheny County entered the yellow phase, many storefronts have opened with new sanitation practices in place, but shoppers have options if they aren’t ready to go in person yet. 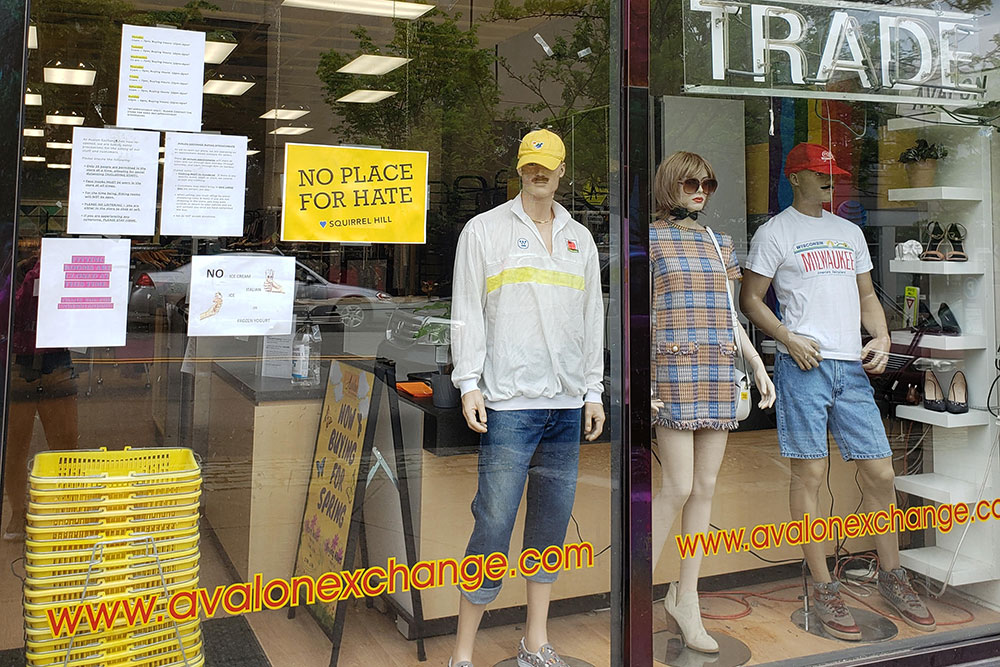 Fans of Avalon Exchange in Squirrel Hill could thrift from home the past few months, either through the store’s Instagram account or Shopify, an online shopping platform. Kayla Firm, the store manager, says the store’s six locations throughout the country sold more than 1,000 combined orders during the quarantine. While Avalon has used its Instagram pages for the past few years, Firm says Shopify was a pandemic-inspired addition to boost sales once stores closed mid-March.

“We could see in one weekend what we have seen over the two and a half months we were closed,” Firm says. “We have some really loyal customers … so they really did help us kind of stay afloat.”

After snagging things such as a Kate Spade bag or a vintage windbreaker, customers had the option to pick up their order from the store or have Avalon ship it to them. The store didn’t buy any new items from sellers during the closure, instead pooling from clothes already in the building. Employees packaged orders with gloves and sanitized items before delivery, and as usual for Avalon, all sales were final. 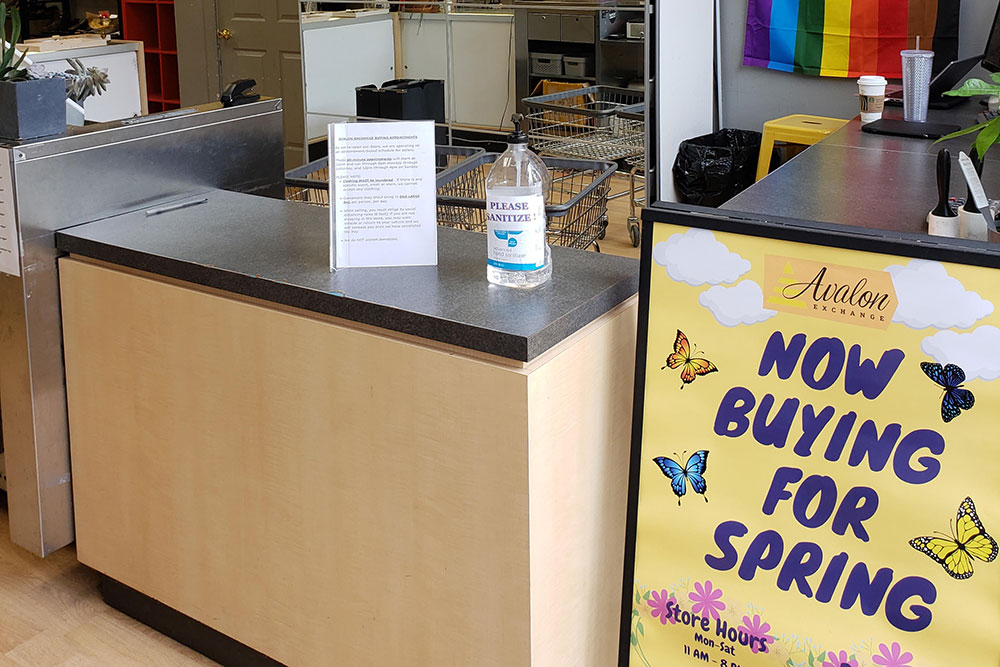 But some thrift stores waited to reopen the storefront before interacting with customers. The Consignment Boutique in Ross Township closed March 16 and didn’t start buying or selling items until the shop reopened on May 15. Arlene Stasenko, the boutique’s owner, says her returning customers have been eager to support the store since it closed.

“I did have a couple of people that were messaging me on Facebook asking me if they could buy a gift certificate so they could use it when we reopened,” Stasenko says. “I had a couple of people who had offered to donate back the money they received for their sales back to the store to help pay for expenses while we were closed.”

In the yellow phase, consignment shops are no exception to the rules of social distancing. Since both stores opened on May 15, both Stasenko and Firm say no more than 15 people have been allowed in either store at a time, including staff.

“Last Friday was phenomenal. We had so many people coming in throughout the day,” Stasenko says. “It was nice because it was spread out all day.” 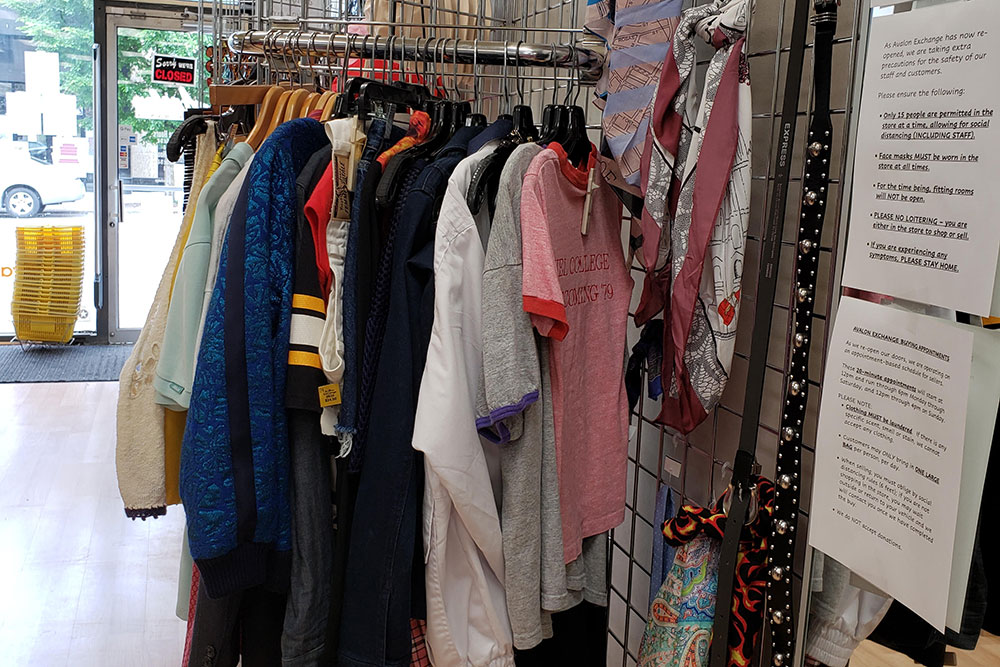 Both stores have started buying items again, though only by appointment. The Consignment Boutique is only offering slots to sellers whose appointments were canceled during the closure and plan to keep the appointments this way until the end of the season in September. Avalon has 20-minute appointments available for any seller.

Firm says all new items at Avalon get washed before staff goes through them, and employees wear gloves during this process. After this, items are sanitized or steamed before they get to the floor.

Stasenko says her store steams the items as well, after letting new consignment sit in storage for 24 hours. Unlike Avalon, the fitting rooms at the Consignment Boutique are open, but Stasenko says the staff steams items again if someone tries them on without buying before putting clothes back out. As per usual, all sales are final at Consignment Boutique as well. The store installed plexiglass shields at the counter, in addition to motion-activated hand sanitizer.

Consignment Boutique doesn’t offer online shopping, but Stasenko says she’s willing to let customers in during off-hours to look around by themselves.

Stasenko and Firm say reopening has been so far, so good. 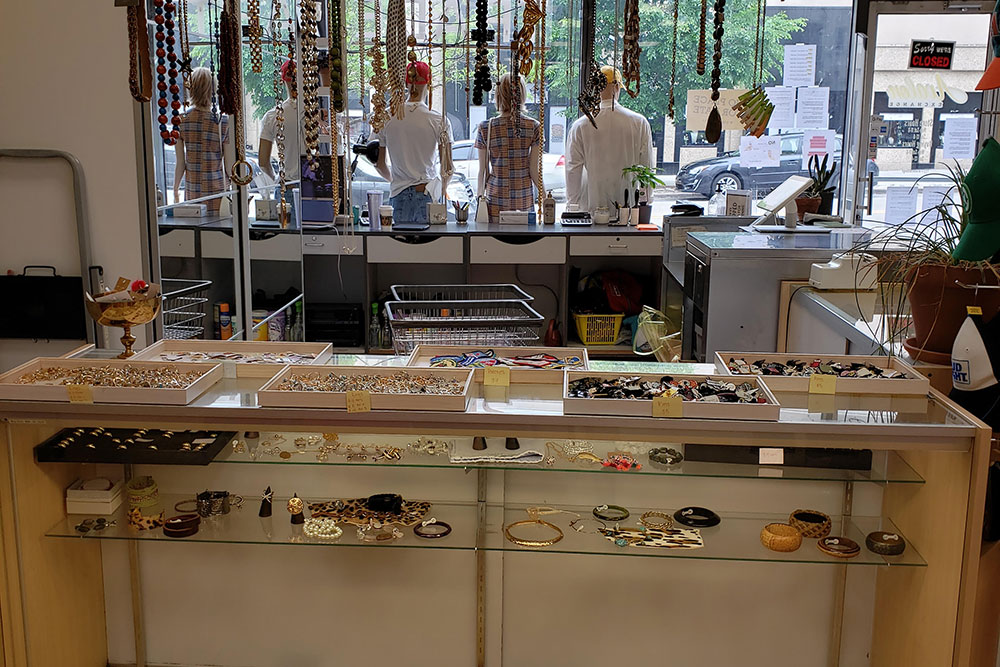 “We were just excited to see our customers, especially our regulars,” Firm says. “It was nice to be back.”

Firm says the Avalon’s online platforms will continue even now that stores are open in case people don’t feel comfortable shopping in person yet. The store will continue the Instagram-Shopify pattern it’s set up, where some items are posted throughout the week on Instagram and then are officially for sale on Shopify on Friday.

“Even beyond [the pandemic], we’ll probably keep it up,” Firm says. “Especially around the holidays and if we just think there’s some cool pieces or things that we want to post and kind of get more of a reaction from them.”