Mindful Brewing is a Friendly Neighborhood Spot (With Good Beer)

The South Hills brewery and restaurant is an above-average entry in the rapidly expanding list of local spots for in-house beer. 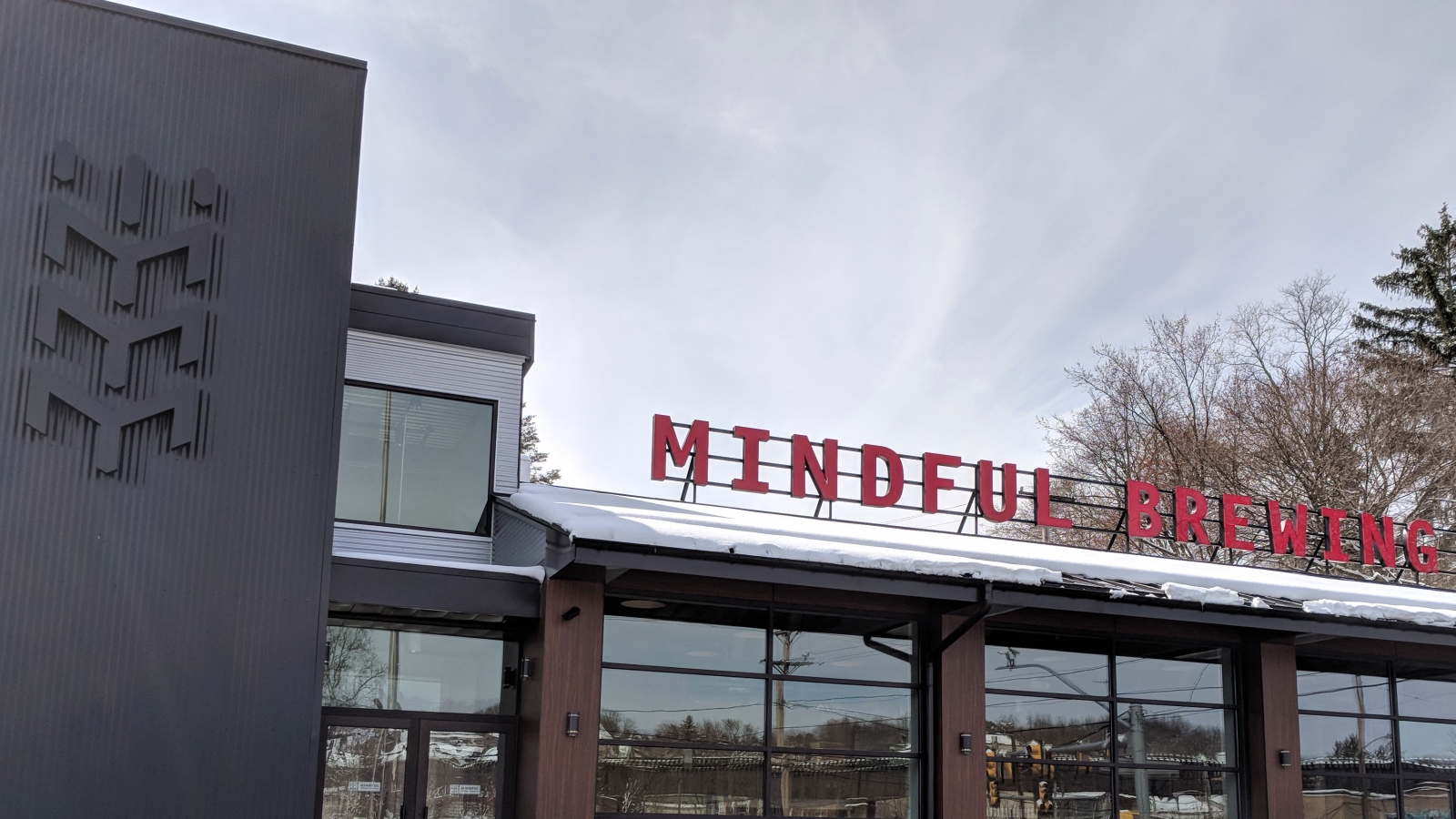 When I started working here, I could pretty well keep up with local breweries. I couldn’t tell you where every local pint of beer was born, but I had a pretty solid grasp on the major players and their styles.

That time is long, long gone.

The exponential growth in Pittsburgh’s craft-beer and microbrew scene has been a boon to bars and bottleshops far and wide. As recently as a decade ago, you would be pleasantly surprised to find more than one or two local offerings at your corner bar; now, seeing rotating taps stocked with homegrown favorites is the norm even at middling pubs (and the best bars around can offer you a virtual beer tour of western Pennsylvania).

More importantly, however, that has led to a number of thriving, destination brewpubs scattered throughout the region. For many parts of the county, there used to be one good bar within a 10-minute drive; now, there’s often one good brewery in the same radius.

As someone born in the North Hills, I regard everything on the far side of Mount Washington as a strange and impenetrable maze of highway-less, labyrinthine mystery. (Admittedly, I lived in Bethel Park for like six months but I remember nothing other than long commutes and fine baked goods.) If I did find myself taking up residence in that Castle Shannon/Whitehall-ish area, however, I would find myself spending a great deal of time at Mindful Brewing, the striking restaurant and brewery on Library Road.

The two-story building, which opened in early 2017, cuts a dramatic figure amid its nondescript neighbors, especially at night; it’s impossible to miss the glowing red logo looming over the road. Inside, you’ll find a sit-down restaurant to the right of the front door and an inviting bar to the left; brewery and kitchen, both clearly visible, lie ahead. Both sides are watched over by the scoreboard-style accounting of current brews that has become more and more popular at small breweries and drafthouses.

Mindful Brewing, which aims to incorporate as many local ingredients as possible in both its food and its brews, is always trying a lot; among their 70 taps, 14 featured in-house brews as of this writing. There’s some variety in the quality, as is usually the case with a brewery that’s dabbling in a bit of everything; I loved the aptly named “Straight Kolsch,” and enjoyed the “Table Beer,” made with all local ingredients. “Putin’s Revenge Coffee,” a Baltic-style porter and one of Mindful’s signature brews, didn’t work out quite as well for me. I’d rather see a brewery try to do too much than not enough, certainly, but the more-is-more approach (both in terms of offerings and taps) is beginning to wane for a good reason: It’s harder to be good at everything than it is to be great at a few things.

I need to try more of the food to develop a rounded opinion, but what I’ve had — a very solid salmon-filet sandwich and seasonal vegetables — was satisfying, and the menu includes many more fresh (and vegetable-based options) than I’m used to seeing at a brewpub.

Mindful includes a bottleshop as well, temptingly close to the bar — making a short pour while you pick out a six-pack a fine idea.

It’s instantly a fabric-of-the-neighborhood place, and that’s good news. In the ’90s, we had beer distributors and shady corner bars; in the ’00s, we had sprawling sports bars. Now, we have neighbors making beer down every street. That’s a good trend.