The poetry-quoting players' coach has lead the Steelers back from the brink. 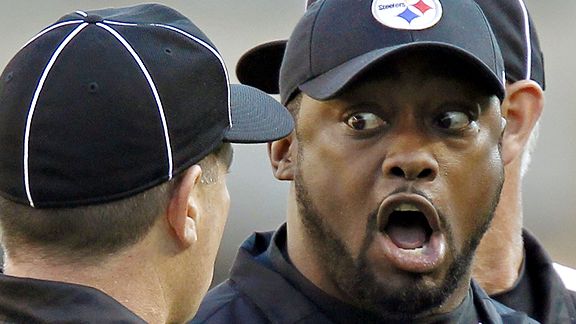 Admit it: Deep down in your soul, as the NFL season kicked-off with Big Ben watching from his recliner in his Sean John sweatpants and Dennis Dixon nervously crouching under center, you were hoping the Steelers would eek out a 9-7 Wild Card birth.

Now, with the Steelers looking down on the aging Baltimore Ravens atop the perch of the AFC North, it’s time Mike Tomlin gets his due.

The 38-year-old head coach has lead the Steelers through a battery of adversity: The Roethlisberger debacle, Holmes’ sticky-icky departure, Aaron Smith’s shredded triceps, and a cast of backup quarterbacks more haggard than the cast of “Celebrity Rehab” that somehow lead the team to a 3-1 start, not to mention a revised NFL rulebook that seems to target the Steelers (nothing has been tilted this disproportionately since Andy Reed sat on a teeter-totter in second grade.) 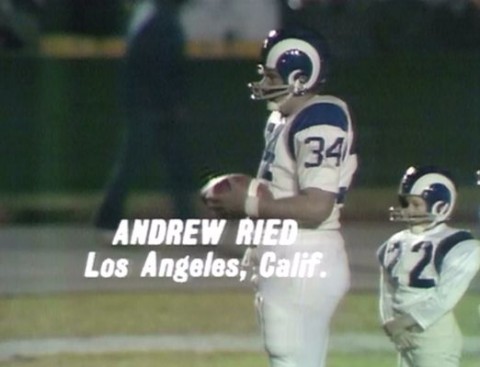 Yet as the world seemed to be crumbling Inception-style around Heinz Field, Tomlin remained his usual self—steady and confident, and most importantly, never making excuses. Despite all the muckraking that surrounded the Steelers’ locker room this fall, the team seems tighter than ever. Remember, when Harrison was fuming over his first fine from the Commissioner’s office and contemplating retirement, Tomlin excused Harrison from a crucial Wednesday practice so he could get his mind right.

Tomlin’s us-first attitude has trickled down through the ranks, and even the normally serene Troy Polamalu spoke out against Harrison’s treatment in front of the TV cameras. Polamalu risked his Proctor & Gamble endorsed, fam-friendly commercial appeal in order to stick up for a teammate that has been propagandized by the NFL Powers That Be into the gridiron version of Mahmoud Ahmadinejad. That says a lot about the solidarity of Tomlin’s locker room. 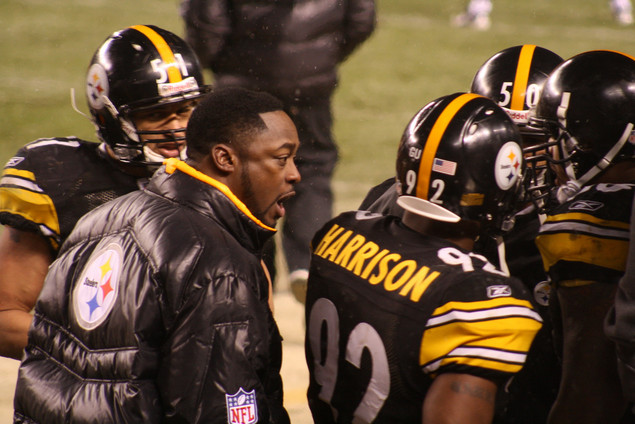 Tomlin has had Harrison’s back since day one.

In the Age of Twitiocy, locker room solidarity is at a rare thing.

Two years ago, the argument that Tomlin was still running on the fumes of Bill Cowher’s legacy would’ve had some merit, but that ship has sailed. Chew on this: Since taking the reigns of the franchise, Tomlin is 40-20 with a Super Bowl ring and on his way his third division crown in four years.

But even more impressive, his defenses have ranked 1st, 1st and 5th in the NFL in his first three years. This season, they’re 4th. In his first 60 games at the helm, Tomlin’s Steelers have allowed a 100-yard rusher just once. That’s not just good, that’s Steel Curtain good. 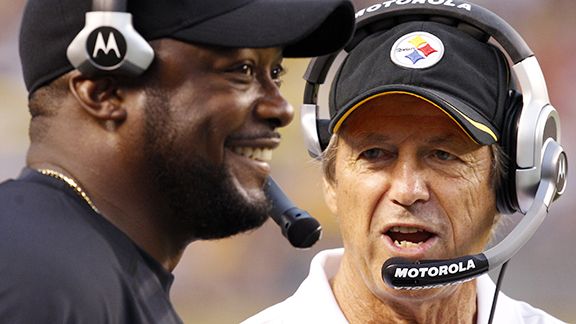 “So Arians asked me if I wanted to hang out with him after the game.
I told him I had to wash my hair. LOL.”

And if you still have doubts that Tomlin is an elite head coach, ask yourself this question: Where would the 2010 Steelers be without rookie standout Maurkice Pouncey? Tomlin was not only wise enough to draft a center in the first round, but also brave enough to start Pouncey at his natural position from day one instead of moving him to guard. Tomlin took a risk on a 21-year-old kid, and now Pouncey looks like the next Dermontti Dawson—a perennial Pro Bowler who will anchor the line for the next decade.

And where would the Steelers be without wide receiver Mike Wallace? Tomlin selected the undervalued creole speed demon with a third round pick. Now Wallace is just 60 yards away from his first 1,000-yard season, which will make him the first wide receiver from a loaded 2009 draft to reach a grand. That’s faster than hyped first-rounders like Percy Harvin, Hakeem Nicks, Kenny Britt, Jeremy Maclin and Michael Crabtree. 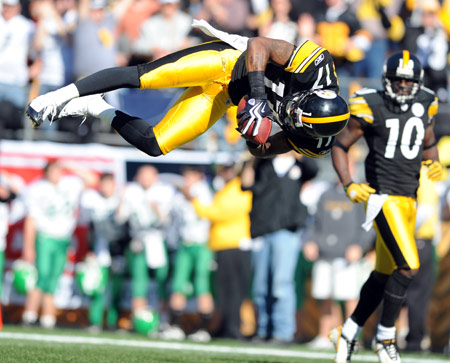 Mike Wallace: 946 yards this season, more than any sophomore wide-out.

Tomlin stole the best receiver in the draft with the 84th pick, then fortified the corps this summer by bringing back a left-for-dead Antwaan Randle El. Say what you will about El, but his touchdown pass to Wallace in week 9 at Cincinnati proved to be the game-winning score, and that play alone justifies his return.

The decision to outsource the perpetually stoned Santonio Holmes to New York may not have been Tomlin’s idea, but he surely had the final call, and the move eliminated a locker room distraction and elevated Wallace’s game to the next level. 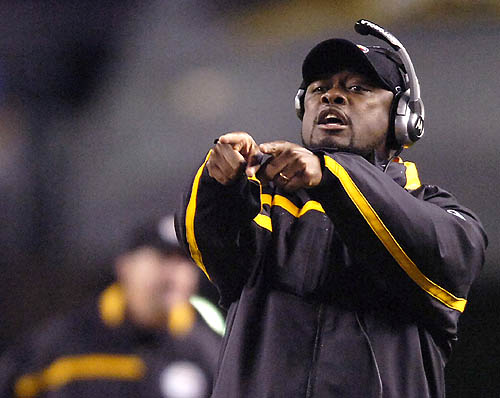 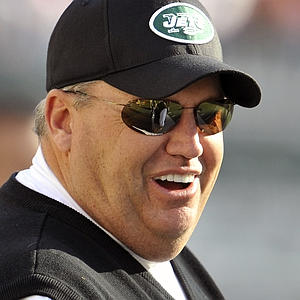 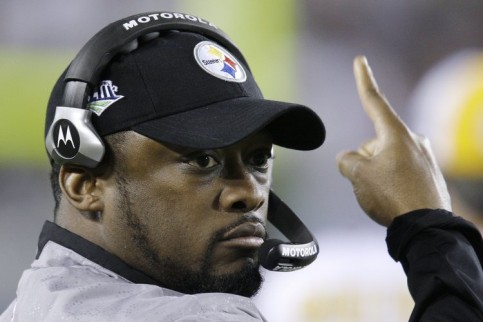 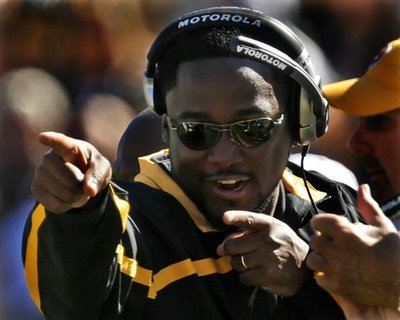 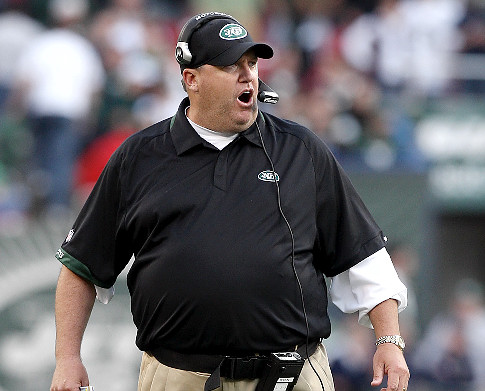 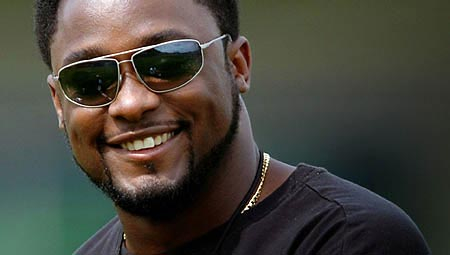 And let’s not forget Tomlin’s first draft, which featured the double-whammy of Lawrence Timmons and LaMarr Woodley. Woodley has racked up a preposterous 33.5 sacks in the past three seasons. Only two players have more: the Cowboys’ DeMarcus Ware and Woodley’s partner-in-crime James Harrison. Tomlin committed grand larceny by nabbing Woodley, a Michigan standout, in the second round.

Timmons, initially criticized for a slow start, has developed into a run-stuffing monster. His 108 tackles leads the team and puts him in the top 10 in the NFL, tied with Patrick Willis. On any other team, Timmons would be starring in Under Armour commercials. With James Farrior’s 36th birthday coming up and Timmons shining, Tomlin deserves credit for his foresight in selecting an elite middle linebacker to gradually take the reigns from Potsie, and apologies from the armchair quarterbacks who were quick to label Timmons a bust. 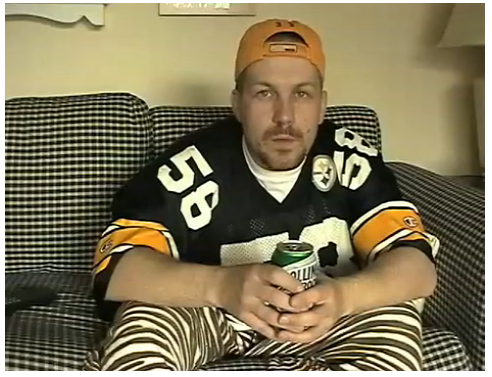 Donnie from Garfield: "I tell ya who the Stillers miss is dat Kevin Greene fella.
He’s a real blue-collar guy like me! Whenever someone clogs the toilet at the Best Buy where I work, they call old Donnie in to fix it."

This summer, the sky seemed to be falling on the league’s most venerable franchise. Now, as the winter winds blow another season of playoff football into Pittsburgh, the Steelers may have “miles to go before they sleep,” as Tomlin once said in a press conference, quoting poet Robert Frost.

But one thing is clear: Tomlin deserves more than just props from the trigger-happy critics who doubted him after last season’s step backward. He deserves to be the NFL Coach of the Year.

The naysayers are right about one thing. Tomlin isn’t Cowher. He’s even better.