How do you catch the craft beer community’s eye at the fridge? It’s all in the wrist. 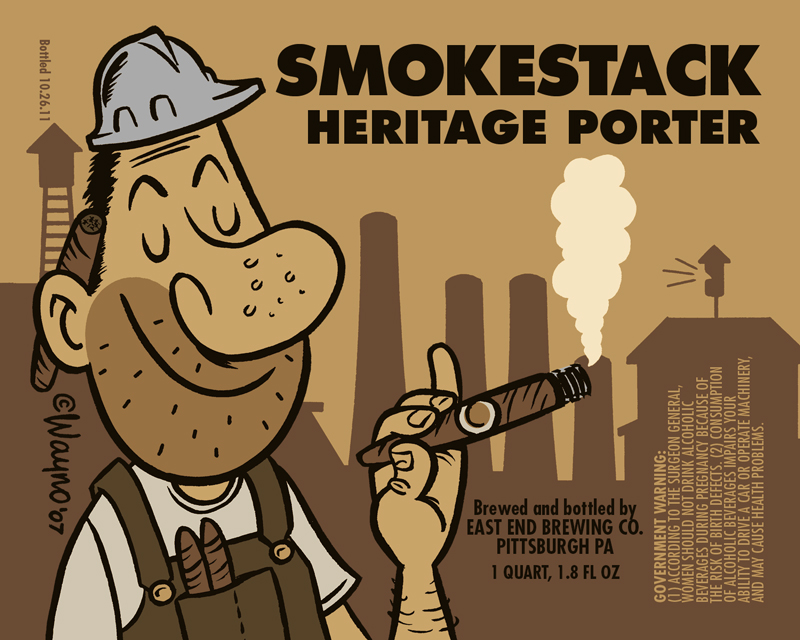 Local graphic designer Phil Seth admits he was nervous when he drew a beer label featuring a voluptuous woman sporting a low neckline. It wasn’t PG-13 exposure of flesh or the model’s looks that had him worried.

“I didn’t want people to think I was trying to exaggerate,” Seth says, insisting the friend he used as a model in the design for Perc E Bust, a robust coffee porter whose name is a pun on “percolated,” is as “busty” as the woman on the label.

Seth probably doesn’t sound like a traditional marketing professional. But he doesn’t need to. Inquisitive craft-beer consumers who dig the kind made at Full Pint Brewing Co., a North Versailles outfit that hires Seth to do its labels, often pick the variety that grabs their attention. Perhaps it’s because of a clever name or artistic design; brand loyalty and traditional marketing techniques don’t exactly apply.

Even as the overall market for beer has lost ground to wine and spirits, the market for craft beer, much of it made by smaller breweries, has grown in recent years. Production was up nearly 10 percent in 2013. 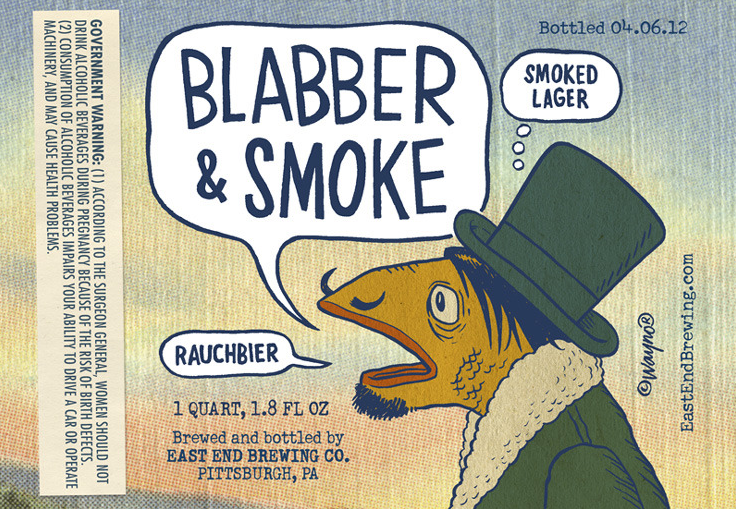 The market for these beers has expanded — but the number of companies that produce them has ballooned. About 2,700 breweries now operate nationwide. That’s more than at any time since Prohibition.

“Let’s say we advertised in the Post-Gazette or City Paper,” says Sean Casey, proprietor of Church Brew Works in Lawrenceville. “The amount it would cost us to figure out whether it was working would probably be five times what we would spend on advertising. That’s not a joke.”

Over in Larimer, another Pittsburgh brewery compensates the unfeasibility of an expensive ad campaign with labels designed to cause folks to do a double-take while perusing a beer store’s inventory.

“Once it’s in their hands, you have kind of a captive audience,” says Scott Smith, who owns East End Brewing Co. with his wife.

East End’s beers stand out partly because of the influence of Wayno, a local cartoonist/illustrator who designs most of the brewery’s labels. Bottles of Smokestack Heritage Porter feature an old-fashioned cartoon-style image of a scruffy steel worker puffing a cigar. The label for Monkey’s Uncle, a Weizenbock with notes of banana, shows a monkey, clad in a fez and smoking a pipe; the setup could have come straight from an old-school circus poster. 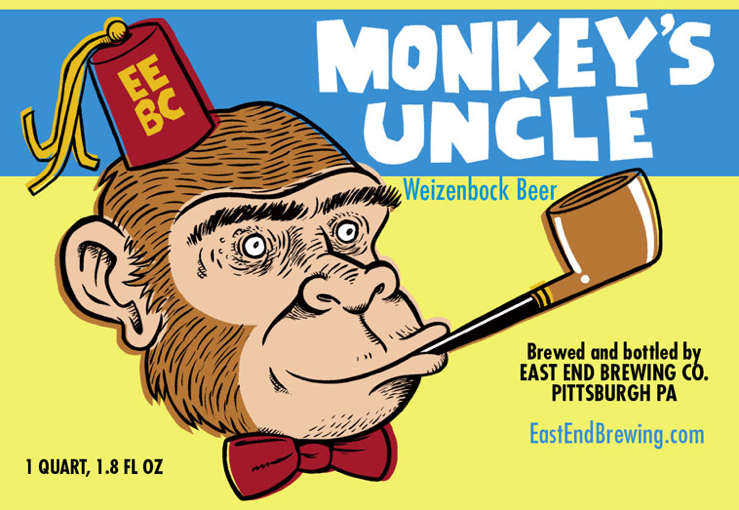 Homewood Reserve, a stout aged in bourbon barrels, is a tongue-in-cheek tribute to the brewery’s original neighborhood, which isn’t home to many wine cellars. That said, Smith decided its label should look more like one you’d find on a wine bottle.

Smith likes being part of an industry that may reward experimentation.

“Part of the beauty of this business is, you can do whatever you want,” says Smith. “A big brewery would probably look at us and say, ‘What are they doing? They’re all over the place.’”

While Smith uses a wide range of images to get attention, Church Brew Works’ beers have maintained a consistent look over the years — even if Casey doesn’t splurge for expensive color packaging or marketing consultants.

The brewery, located in a deconsecrated Catholic church, takes its logo comes from the stained-glass Rose window.

Casey says he is starting to deviate from this logo-heavy format. The label for Thunderhop, a big-bodied India pale ale, shows Zeus staring defiantly at the viewer as he conjures a lightning storm. Back in the early 2000s, Casey hired Colleen Black, a painter and sculptor who now lives in the Seattle area, to design the Thunderhop label.

“I think [Casey] just wanted something that jumped off the shelf a little more,” says Black.

Beer experts say there may not be a single right approach to getting a craft beer into drinkers’ hands.

“What you’re finding in craft [brewing], with the labels and everything else, is that everything is working,” says Eric Shepard, executive editor at Beer Marketer’s Insights. “If [a company] did think of something crazy for every bottle, I’d never say that couldn’t work.”

The best way to get beer drinkers to try something new may be to intrigue them. A 2009 study reported by Ad Age magazine compared personalities of 2,600 people with their tastes in beer, concluding that craft-beer drinkers “are more open-minded than most people, seek out interesting and varied experiences and are intellectually curious.”

For Jake Kristophel, who opened Full Pint with friends, Seth’s artwork is the perfect way to gain attention from indecisive consumers. Seth, a childhood friend of Seth’s, designs all of the microbrewery’s labels, which fall all over the spectrum — covering edgy sex appeal to goofy inside jokes.

Kristophel has even appeared in a label: As inspiration for the formerly offered Rumpilsner beer, he dressed as Rumpelstiltskin.

When Seth talks about collaborating with the Full Pint staff on the artwork, it almost sounds like he’s telling an anecdote about working on a family project rather than a task for a client.

Barrett Goddard, another Full Pint co-owner, appears in a toga on bottles of White Lightning, a Belgian-style white ale.

“[Goddard] was like, ‘Make me fatter. But make my arms really muscular. It will be weird,’” Seth says, chuckling.

Kristophel says original or edgy labels give him a leg up in a business where, in his words, boring labels may prevent even great beers from getting the attention they deserve: “A lot of the general public might say, ‘Oh, I’ll never try that,’ just based on the label.”