CEREMONY
Megan and Jason, two Pittsburgh natives who met in South Side in 2006, exchanged vows at the Sacred Heart Parish in Shadyside (310 Shady Ave., Pittsburgh; 412/661-0187; sacredheartpittsburgh.com), the same church where Megan’s parents married. The service was officiated by Father Drew Morgan of Oakland’s Pittsburgh Oratory (4450 Bayard St., Pittsburgh; 412/681-3181, pittsburghoratory.org), who had also performed Megan’s confirmation. Musical accompaniment for the ceremony was provided by a string quartet courtesy of Steven Vance Strolling Violins (724/444-8400; stevenvance.com). 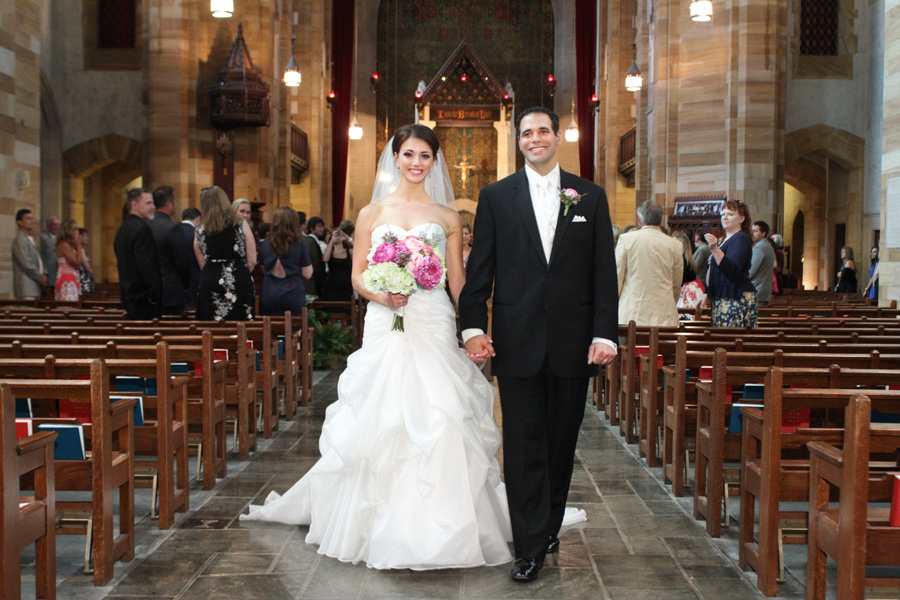 ON THE BRIDE
Megan wore an organza gown with a ruched mid-section and crystal embellishments from Enzoani’s “Blue” line (Exquisite Bride: 4353 Old William Penn Highway, Murrysville; 724/327-4337, theexquisitebride.com). Though during the ceremony she wore a mid-length, layered veil with crystal-lined edges (Exquisite Bride), Megan switched to a sparkly floral hairpiece from Clarissa Boutique (1700 E. Carson St., South Side; 412/432-3299, clarissaboutique.com) for the reception. 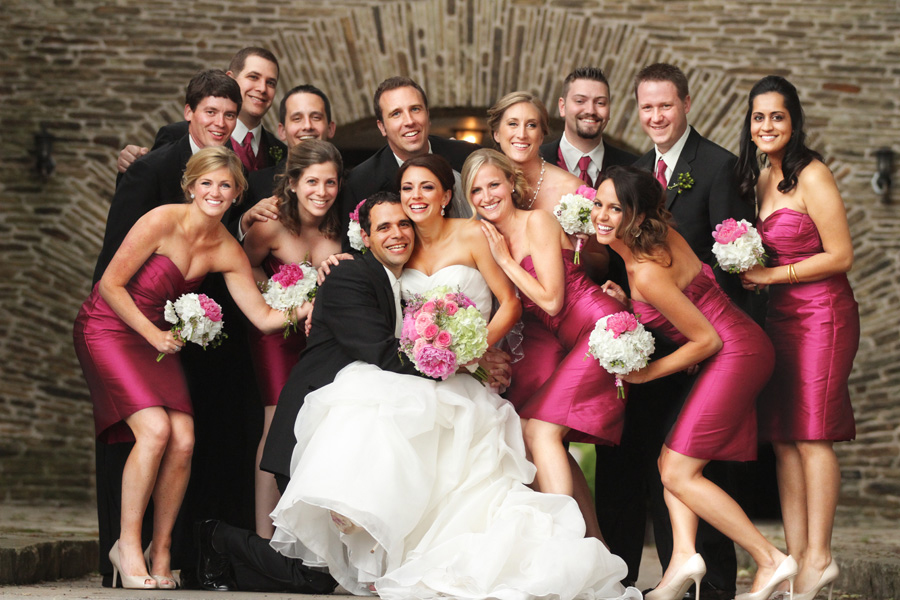 HAIR AND MAKEUP
Megan loved the relaxing atmosphere she and her bridesmaids experienced while having their hair styled at MCN Salon (5932 Penn Circle South, Pittsburgh; 412/441-5151; mcnsalon.com). She also had her makeup expertly done by artist Jana Ohler (412/831-4739). 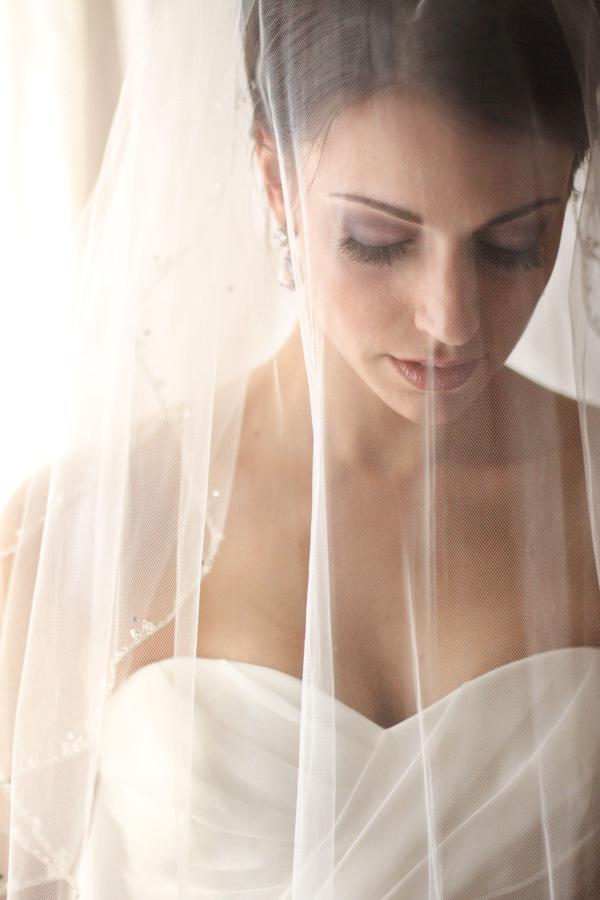 ON THE GROOM
Jason wore a black tuxedo paired with an ivory vest and tie from Men’s Wearhouse (menswearhouse.com). 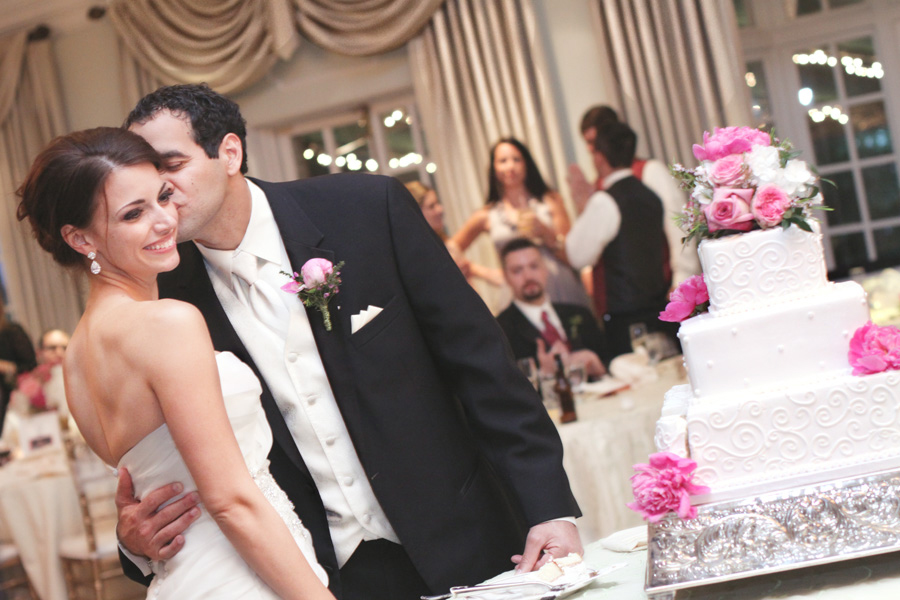 COORDINATOR
Though Megan took care of most of her own wedding planning, her close friend Maura Ward (412/260-5176), an event planner in Washington, D.C., took care of her day-of itinerary and communication with vendors. 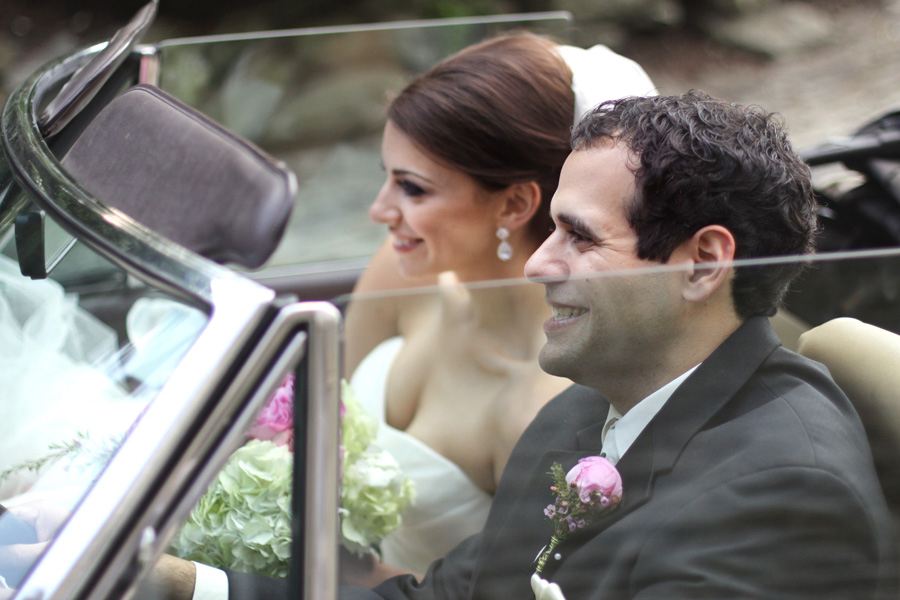 MUSIC
Eric Wenning of Wenning Entertainment (975 Harden Drive, Pittsburgh; 412/292-8776, wenningent.com) did a phenomenal job of creating a soundtrack for the reception, playing music genres ranging from classical to indie-rock. Following Megan and Jason’s first dance to “Into the Mystic” by Van Morrison, the dance floor stayed packed until the very end of the evening.