Keep your eyes peeled at the National Aviary to find this two-toed sloth. 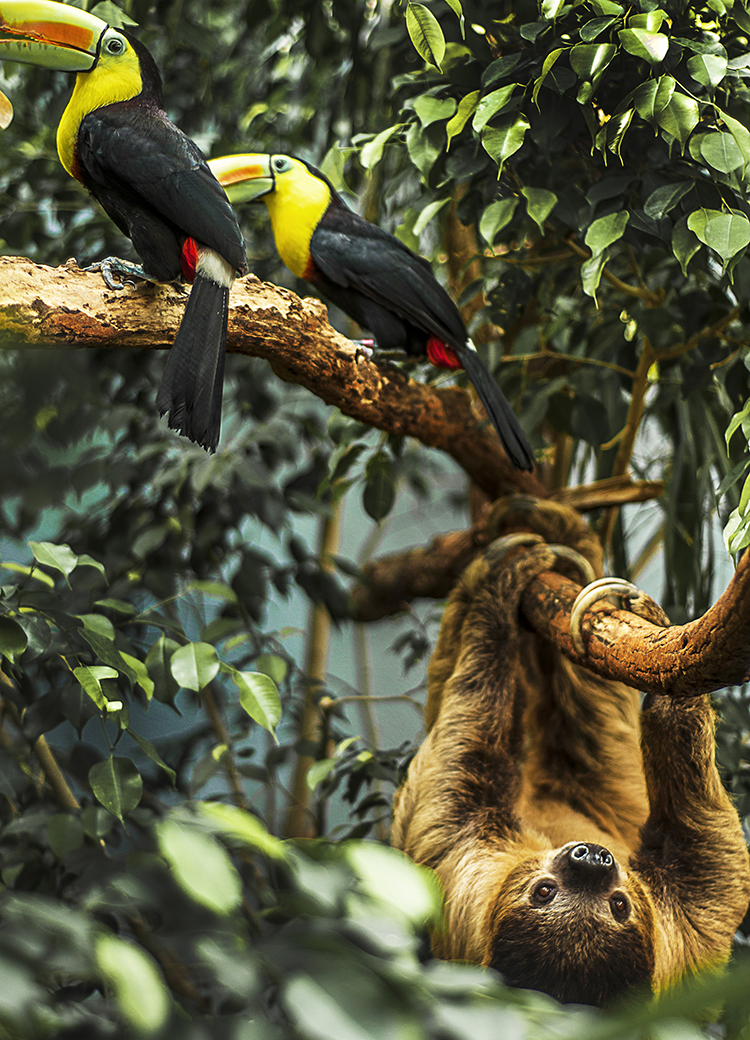 Strolling through the National Aviary can prompt a long list of questions: “What do penguins think about?” “How can I make this parrot talk to me?” “Is that owl giving me the stink-eye?” Sharp-eyed guests frequently ask another question: “What’s up with that sloth?”

Along with more than 500 birds representing 150-plus species, the aviary is home to one mammal: a sleepy, Linne’s two-toed sloth named Wookie. Born in 2000 at the Tulsa Zoo, Wookie moved to the National Aviary in 2007. His presence solves an unusual dilemma: Every facility accredited by the Association of Zoos and Aquariums must be inspected by the U.S. Department of Agriculture, but that organization won’t inspect an institution that houses only birds.

Wookie now snoozes in a tree 18 hours a day, coming down to the ground only once a week in the exhibit he shares with keel-billed toucans Bob and Louise and grey-winged trumpeters Snoop and Frito.

“They don’t mind him,” says Dave Miller, manager of avian encounters and interactive media. “He’s like a giant, furry rock.”

#Watch: Evgeni Malkin gets roughed up by child

This gongshow happened at a recent charity game in Russia. Wonder what the kid chirped at Geno to set him off. You have to love the refs selling it, too. 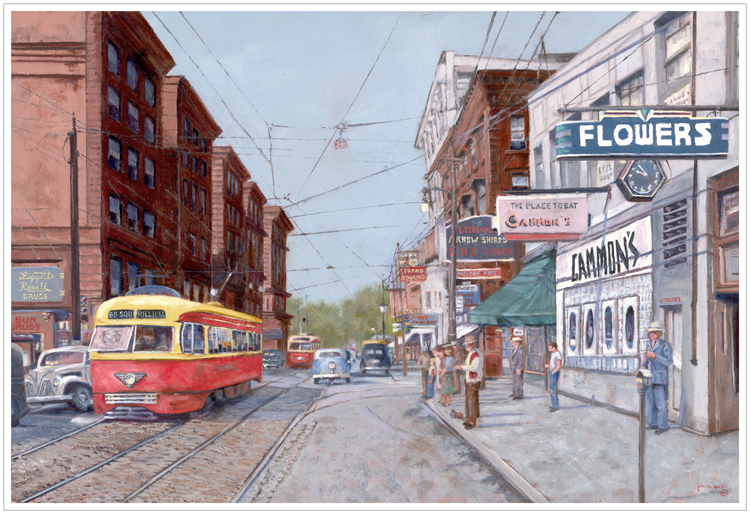 Locals often recount fond memories associated with Pittsburgh’s past — scenes filled with railcars, steel mills and blue-collar workers with soot-smudged faces. That description alone should create a mental picture. Now you can hang that beautiful nostalgia on your wall.

Pittsburgh’s industrial past is the inspiration for the work of accomplished painter Fritz Keck, an Edgewood native who came home after spending 40 years in the Rockies. Upon his return, Keck teamed up with individuals at local organizations, including the Sen. John Heinz History Center and the University of Pittsburgh.

The setup? The organizations’ history buffs help find real photographs dating from the 1800s for Keck, who then transforms them into stunning masterpieces. He’s known to take 40 hours on an individual piece, admitting that he likes going back to further perfect his work. Talk about dedication.

Take a glance at our gallery below, which includes several of Keck's creations.