Meet the Winners of Monmade’s One Green Product Competition

The sustainable designs include low-carbon steel bike racks, artistic bollards made from aluminum and a modular light. 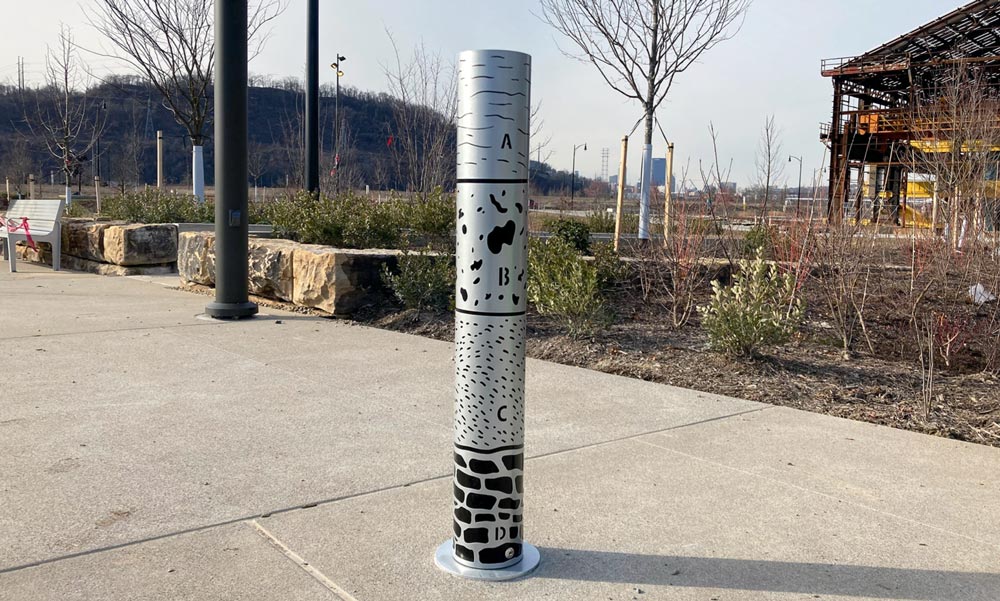 Just in time for Earth Day, Pittsburgh-based Monmade chose three winners in April for its first ever One Green Product Design competition.

According to Monmade — which acts as an intermediary between design and development professionals, regional makers and manufacturers — the competition reflects the organization’s commitment to increasing sustainable production practices from its network of artisans. 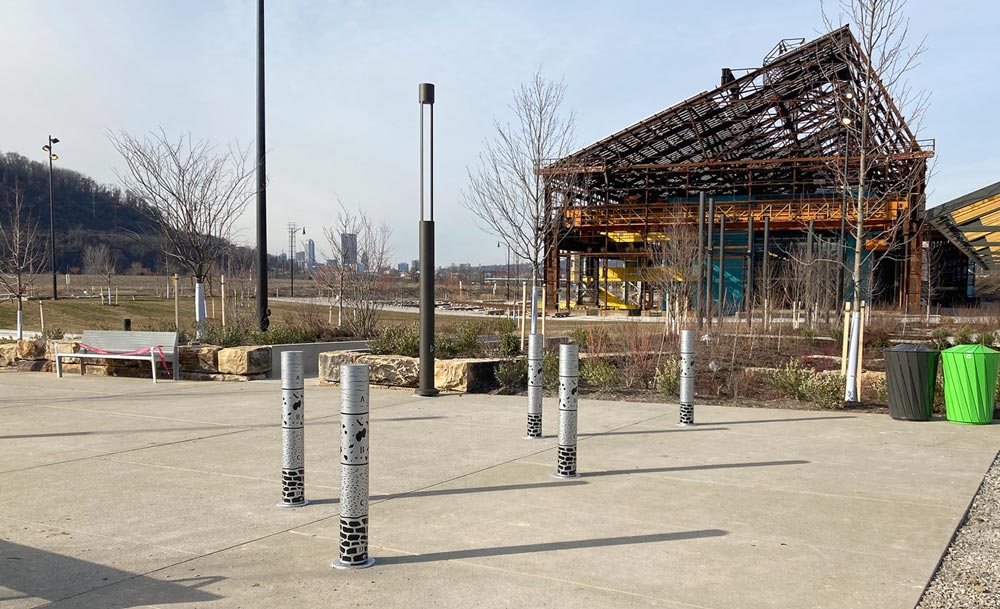 Taking home the prize for design with the least environmental impact was Pittsburgh-based John Peña, who created bollards made from recycled aluminum. The decorative bollards also may be placed outdoors as sustainable public art pieces.

“I approach making public art through a rigorous investigation of the social and cultural history of spaces and places,” Peña says. “I frequently create opportunities for community engagement to enhance the collaborative nature of public art.” 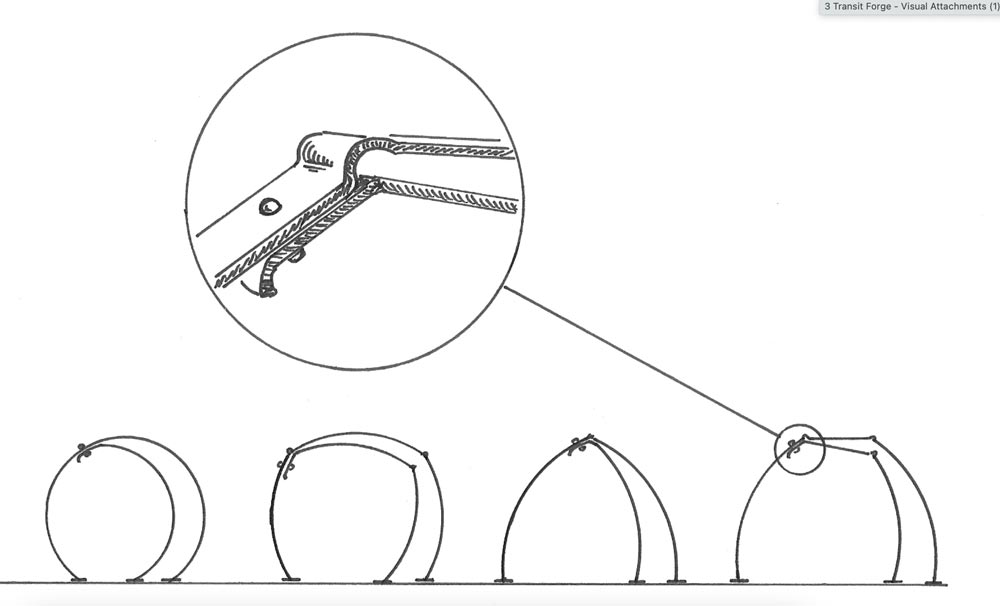 The bike racks were constructed with low-carbon steel with a high recycled content, according to Monmade. The racks also encourage bicycle commuting, exercise and interaction with nature.

“I wanted the designs to be playful and show a shape progression that implies movement,” says Gehner. “Sculptural designs enhance both existing and new architecture and add artistic elements to streetscapes, parks, residences and businesses.”

The final award, for a product that makes a difference in the built environment, was taken by Wilkinsburg-based Clark Morelia for its Modular Light. 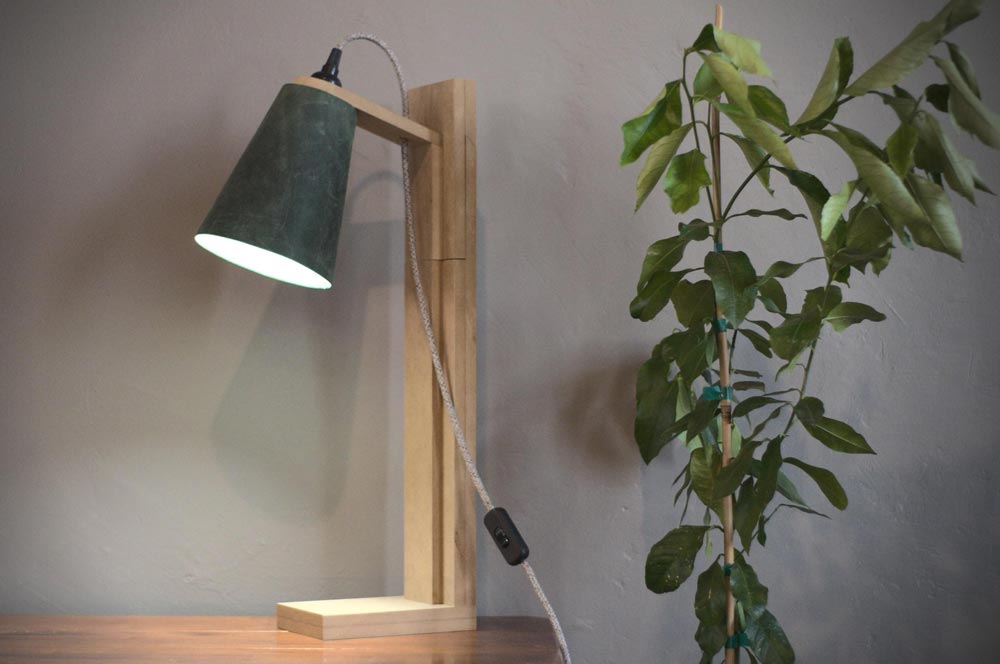 Designed by Jocelyn Avila and Rob Hackett, the light fixture was constructed using locally sourced materials. The shade is made from second run leather with a water-based, non-toxic contact cement originally developed for the leather shoe industry.

“The modular light was designed to form a connection between the user and the products that surround them providing flexibility, modularity, and a variety of task lighting applications,” a statement from the designers says. “The hope is that the framework developed for the modular light could be expanded to fit a variety of applications with minimal extra material.”

The winning design teams were given a $1,500 grant to put toward development of their products. Monmade will also include the winning products in its sales catalog.

“The One Green Product competition has confirmed what we already know to be true, Pittsburgh designers are ready and eager to develop world class products that add value to communities,” adds Katie Schaible, director at Monmade. “Although we can only select three products, every entry was well thought out and the competition was stiff. We are looking forward to cultivating more opportunities for sustainable product development and showcasing the world class talent we have in our region.”