Part of The American Ultimate Disc League, the Thunderbirds' players have a passion for the game — and the fans to prove it. 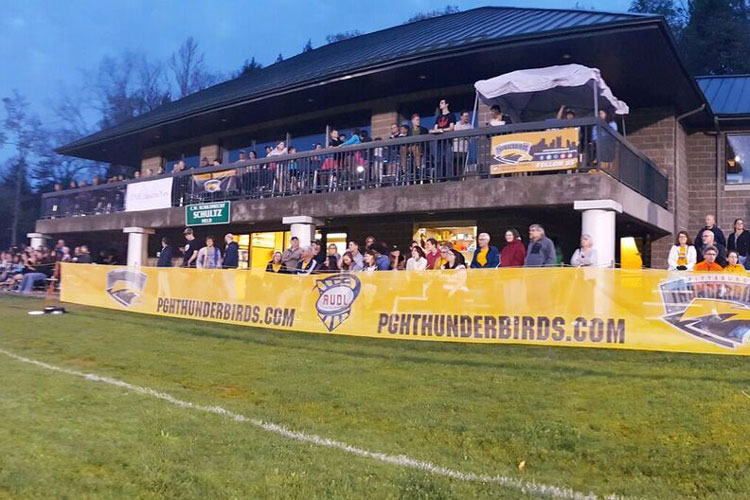 About a half hour north of Downtown Pittsburgh, away from the black-and-gold stadiums, past the construction and congestion, and hidden behind Emmerling Ice Cream on Route 910 in Cheswick, is Founders Field — home of the Pittsburgh Thunderbirds.

Currently ranked third in the Midwest Division, the Thunderbirds are part of The American Ultimate Disc League, a 26-team professional ultimate frisbee league that has been in existence since 2012.

“I think the pro game is going to put us on the map,” says Thunderbirds general manager Andrew Gardner. “I think a lot of people care about this team and want to care about this game.”

Despite its countryside backdrop, a Thunderbirds home game is just like any other professional sporting event. The music, the halftime shows, the boisterous fans and the post-scoring celebrations are all there, but the Ultimate community stands out because of the camaraderie between fans and players, including those on opposing teams.

Following a mid-game, mid-air collision between a Cincinnati Revolution and Thunderbirds player during a May 7 matchup — a play commonly referred to as a "hospital pass" in the Ultimate community — the crowd fell silent. As opposing players helped one another off the turf, the silence broke as the fans erupted in unified support of the players. 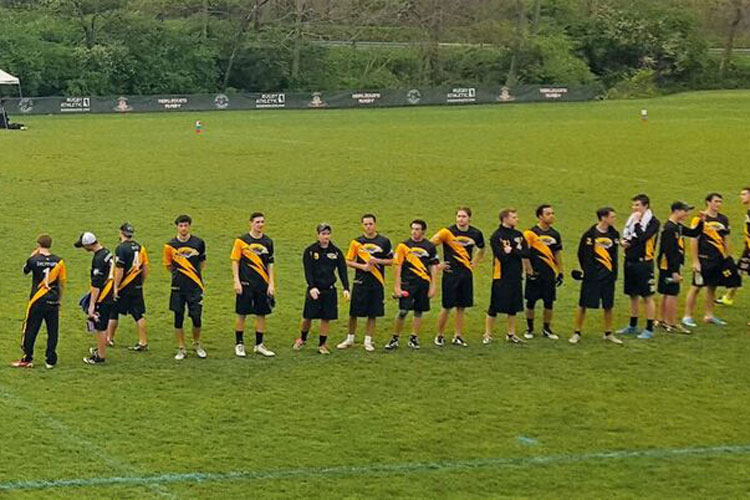 That bond, or “the spirit of the game," as marketing director and associate general manager Leigh Charland describes it, between players, coaches and fans is uncanny.

Charland laughs as she reminisces about the last time those two teams met in Cincinnati, and how the players and coaches grabbed post-game drinks together.

“You don’t see that in other sports,” she says.

Thunderbirds player Aaron Watson adds he most enjoys being on the field and playing before the crowd. "There’s not many opportunities in life where you get to do that. I’m not going to have this opportunity when I’m 40 or 50," he says.

The Thunderbirds' post-game ritual may be the most mesmerizing part of a professional ultimate game at Founders Field. Fans line up at the edge of the field, arms outstretched, as the players to race down the line to slap hands with each spectator.

After the collection of high fives, the crowd disperses onto the field while talking and fraternizing with the professional players, some of whom even stop to play catch with their fans.

For more information on the Pittsburgh Thunderbirds, or tickets to upcoming matches, visit the team’s website at pghthunderbirds.com. Fans also can catch AUDL matches live on ESPN 3.