The city is introduced to the 2-month-old African Penguin chicks for the first time this morning. 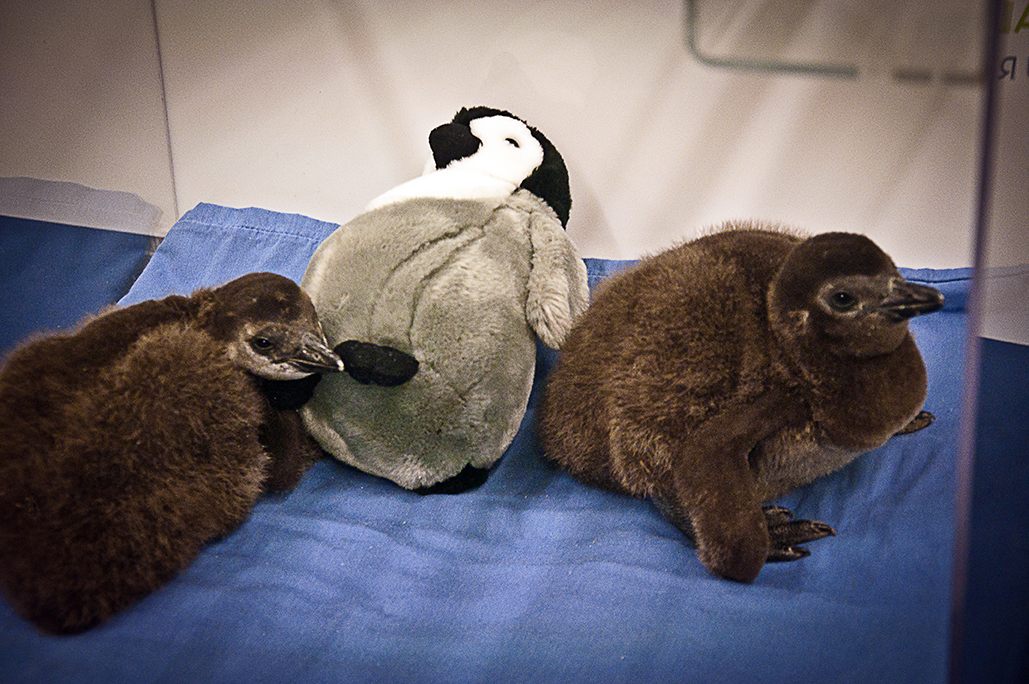 The National Aviary came through with an awesome last-minute gift for the city: 2-month-old African Penguin chicks, introduced to the public for the first time this morning. The as-yet unnamed pair are brother and sister; their proud parents, Sidney and Bette, also gave us the Aviary's first-ever chicks in 2012.

The two birds received a final pre-debut checkup (the three-day-older female weighed in at 1046 grams; little brother weighed 910) before being gently carried past a crowd of onlookers and deposited in their temporary nest in the Aviary's veterinary hospital — up against a window, so the chicks can receive visitors as they grow. 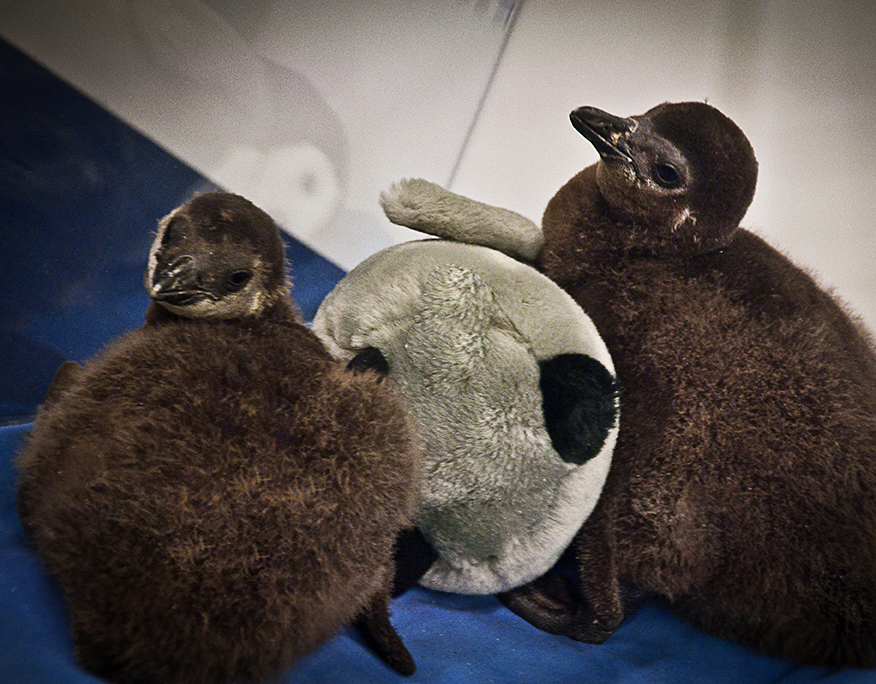 The chicks will be on view during regular Aviary hours; starting Jan. 9, they'll emerge from the hospital for up-close photos at noon every day. Swimming lessons will commence in late February, and brother and sister should join the rest of the colony by the spring.

So how are they doing? Older sister spent most of the morning scurrying around the nest curiously, while little brother tried to sneak in a late nap. Dr. Pilar Fish, the Aviary's director of veterinary medicine, reported the good news; "They're growing very, very well."


Now that you’ve been emotionally fortified by baby penguins, brace yourself for letting go of a few old friends. Nakyouout.com has come up with a list of 13 things that Pittsburgh said goodbye to in 2013. Get ready for a healthy dose of gentrification and soaring rents.


Through November 2013, the most popular names among the 3,500 babies born at West Penn Hospital and Forbes Hospital are …

From the girls’ top 10, Mia and Gianna showed the biggest surge in popularity from 2012. Pittsburgh’s names were similar to those in a national survey of the top 2013 baby names by Babycenter, with Sophia, Emma and Olivia topping the national list.

On the boys’ list, it was Landon and Jace that came out of nowhere to claim spots on the top 10, and the time-honored Joseph saw a surprising boost in popularity. Babycenter’s top three boys’ names nationally were Jackson, Aiden and Liam.