Meet the Man Making the Most Out of Pittsburgh's Vacant Lots 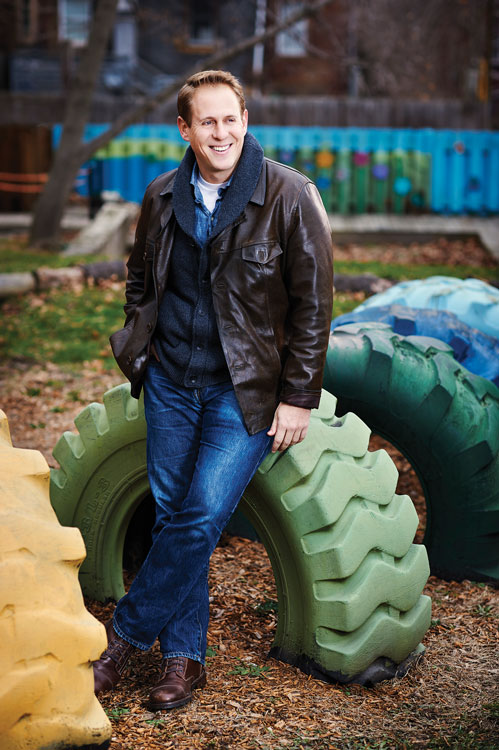 Andrew Butcher arrived in Pittsburgh in 2006 with a straightforward plan: Graduate with his master’s degree in public policy from Carnegie Mellon University and find a job in community development. Instead, near the end of the program, he started to plant sunflowers on the Almono site in Hazelwood. “The last thing I expected to do at CMU,” he says, “was farm a brownfield by hand.”

The farming was part of a novel approach to Pittsburgh’s vacant-lot problem. Once chockablock with housing for a population of 677,000 at mid-century, the city today is home to an estimated 305,000 people. Where homes and commercial buildings once stood, we now have 28,000 vacant lots. In some poorer neighborhoods such as Homewood, Larimer and the Hill District, single homes stand alone on entire blocks, surrounded by windblown trash and abandoned tires.

Butcher and his classmates viewed those lots as an opportunity. By planting sunflowers on vacant lots, they hoped to beautify empty space, encourage neighborhood revitalization and even use sunflower oil as biofuel.

After graduating in 2007, Butcher, along with Nathaniel Doyno and classmates Chris Koch and Matthew Ciccone, formed GTECH Strategies to pursue that mission. Over the past eight years, the nonprofit organization has excelled at partnering with neighborhood groups to clean and green vacant lots — and teaching them to pull levers to get funding from foundation and public coffers. To date, GTECH has helped to clean up more than 2 million square feet in 60 communities and employs 16 people (Koch is the new CEO of the Design Center; Ciccone now is a developer in East Liberty; Doyno is an energy consultant in New York City). The nonprofit is building five kid-focused play spaces around the city; in 2015 it launched lotstolove.org, which maps Pittsburgh’s vacant lots and provides resources for neighborhood groups looking to develop them.

“Vacant lots are a primordial stage of development,” says Butcher, pointing out that not every garden or playground GTECH builds is permanent; instead, it’s about laying the groundwork for community revitalization. “We’re looking to create short- and medium-term change. The process of improving a place can be an economic driver.”

To see that process in action, head over to Larimer, where GTECH helped to implement the neighborhood’s 2008 development plan and cleaned up 12 vacant lots with key partners such as the Larimer Consensus Group, the Larimer Green Team and the Kingsley Association. A once-empty lot on Larimer Avenue now is the thriving Larimer Community Garden, where 40 raised beds serve as a neighborhood gathering spot and a place to grow food. The work also helped to stoke the first construction of homes in Larimer in a half-century. Last year, KBK Enterprises completed 40 units of low-income housing — a feat topped only by the 2014 announcement that the U.S. Department of Housing and Urban Development was awarding $30 million to build 350 mixed-income units in the neighborhood.

“What they’ve been instrumental in doing is creating a pathway for vulnerable communities to explore their assets and look at green infrastructure,” says Fred Brown, former associate director of program development at Larimer’s Kingsley Association. “They help take those nascent assets and provide technical assistance at the grassroots level. What

I like most about GTECH is its ability to empower vulnerable people.”

This article appears in the February 2016 issue of Pittsburgh Magazine.
Categories: Community Feature