Meet Feastivus, a Burrito for the Rest of Us

The big Burrito Restaurant Group introduces a sequel to the Gobblerito.

If you’ve ever aired grievances about missing your chance to crush one of the big Burrito Restaurant Group's famous Gobblerito burritos at their Mad Mex restaurants, you now have another opportunity to engage in a culinary feat of strength. This year the restaurant group, which also includes Eleven Contemporary Kitchen, Casbah, Kaya, Soba and Umi, has introduced a sequel: the Feastivus burrito.

“When you film Star Wars you’ve got to film an Empire Strikes Back,” big Burrio’s corporate chef Bill Fuller said in a demo on KDKA’s morning show Pittsburgh Today Live.

The burrito is filled with slow-cooked, rosemary-marinated barbacoa, roasted carrots, black bean mashed potatoes and peas. It’s covered in gravy and served with a side of vegetables. It's available through December 27th.

Watch the above video to see Fuller demonstrate how the Feastivus burrito is made. 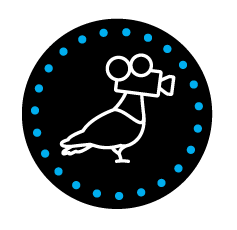 For those who don’t celebrate Christmas — or just those that like to get out of the house by the time Christmas night rolls around — going out for Chinese Food and seeing a movie has become a de facto Dec. 25 tradition. After all, while many establishments close for the holiday, Chinese restaurants and movie theaters usually remain open.

Thanks to Row House Cinema, you can now experience both elements of this particular dinner-and-a-movie outing in one stop.

For the second consecutive year, Row House is giving guests on Christmas Eve and Christmas Day the option of ordering sushi or Chinese snacks and entrees at the concession stand on the way into a show; the grub, prepared by nearby Zen Asian Diner, will be delivered to your seat when it arrives.

And yes, you can pair your Triple Delight with a holiday classic on the big screen. The delivery offer is good for showings of “A Christmas Story” (noon on Friday), the unrated version of “Bad Santa” (2:00 and 9:30 p.m. on Friday), “National Lampoon’s Christmas Vacation” (7:15 p.m. on Friday) and the ultimate holiday action favorite, “Die Hard” (8 p.m. on Thursday and 4:15 p.m. on Friday).

Click here for more info, and save us an egg roll.