Meadville Native Builds a Better Organ and Boy Can He Play

Cameron Carpenter, who is performing in Pittsburgh this weekend, is changing everything you know about the organ. 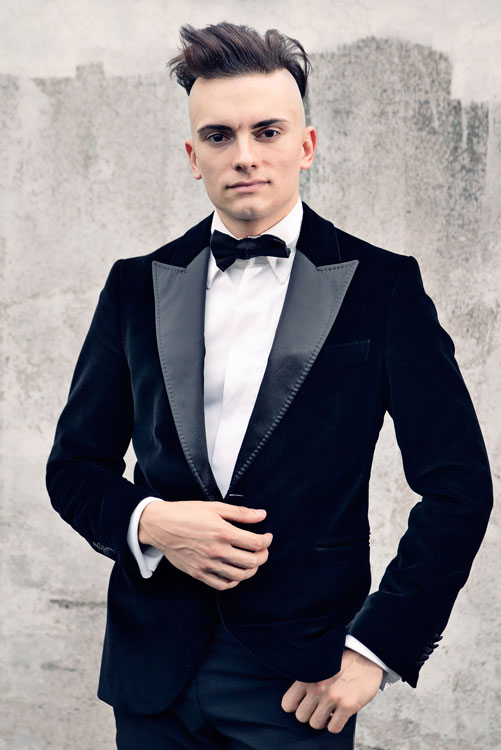 The 35-year-old organist has so far defied most conventions attached to the organ. Not only is he touring with classical compositions that have never been performed on an organ before, but he’s also doing so with his International Touring Organ, a creation of his own design.

Here's a sample of Carpenter in action.

This organ is completely digital and stores sample sounds from traditional pipe organs throughout the world. The traditional organ is composed of numerous pipes, so the structure renders it immobile. With this touring organ, Carpenter isn’t tied to any one place.

He’s now able to play in places where he previously couldn’t because they didn’t have an organ, such as Heinz Hall. He’ll be playing there this weekend with the Pittsburgh Symphony Orchestra.

How did you get your start playing the organ?
I began playing the organ when I was 4 years old when I saw a picture of it in a Childcraft Encyclopedia. The significance of that is two things: a) that the organ was visual for me before it was musical and most importantly, I did not come to it through church. The modern-day approach to the organ is usually closely aligned with church. By having discovered it through other means outside the conventional pathways means that inherently, I have an outside, alternative approach to it.

In 2014, you debuted the International Touring Organ, which you designed. What was the planning for this instrument like?
All pipe organs in the world are unique. While there’s a multiplicity to that, which is one of the joys of the instrument, it means that unlike the piano or any other western instrument, which is infrastructurally standardized, in the case of the organ, no such standardization exists. When a violinist plays a recital or plays a solo piece, they’re playing an instrument that they’ve practiced on for years, in most cases. In no case would they ever be playing an instrument which they only just saw for the first time six hours prior, which is the standard procedure for a pipe organ. … I think this is the first time that this relationship has existed for an organist who tours. It’s closer to the relationship that certain cathedral organists have with their instrument. It’s been infrastructurally impossible up to this point for the touring organist. And of course, the touring organist as an entity has basically been impossible on a large scale too.

How has this more intimate relationship with your instrument influenced how you play and compose?
It has massively, and much for the better, influenced how I play, because the better the instrument is (from the standpoint of accuracy and reliability), the better the product can be. … When I first saw this technology in 2004, it took me less than 30 seconds to realize it would give me things that no pipe organ could or ever would. That remains true today, and it’s probably exponentially truer than it ever was. I can never possibly be more perfect or even as perfect in my delivery of data to this instrument as this instrument can be in the reception of that data. I will never be able to give it a clearer signal than it can accept. That is what makes the relationship between me and it absolutely revolutionary in the history of the organ. Nothing like this has ever existed before. It can’t have existed because of computer history.

What can people expect at your show in Pittsburgh?
They can expect to hear the Rachmaninoff Rhapsody. That piece was not written for the organ. It is a transcription, a derivative work. In this case, it’s my own, which is receiving its United States premiere at this performance. It’s fairly significant that one of the landmarks of the piano, possibly the landmark of Rachmaninoff’s piano career — especially since it’s his last work — has now been refashioned for organ and orchestra. It’s an extremely radical undertaking.

What upcoming plans do you have for your music?
The immediate future holds … the release of my upcoming Sony album, “All You Need is Bach,” an all-Bach album recorded on the touring organ. That will probably be released in June. My extreme long-term goals for the organ range from the propagation of another matching organ exactly like this one to what I view as one of the theses of my life’s work, which is to create an internationally standardized organ which matches this design, which makes it accessible worldwide. In other words, creating a situation for the organ which is infrastructurally parallel to the situation that exists for pianists nowadays where there is a globally unified instrument rather than a series of unique, disparate instruments.