Matching Bridesmaids’ Dresses May Be a Thing of the Past

Brides choosing one (or several) different colors, but leaving the design up to the bridesmaids, help attendants feel comfortable within their own budget. 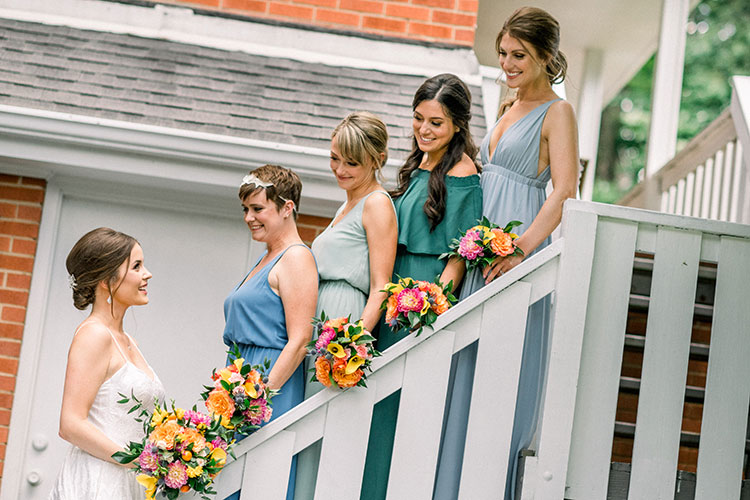 Megan Prucnal wanted to use a broad palette of colors to highlight a “bright and summery” feeling at her wedding, and she thought her bridesmaid's dresses would be a great place to showcase it.

She narrowed down the color choices to four from the brand Show Me Your Mumu and let her bridesmaids pick out which they liked online.

“I think the colors of the dresses played into that garden party-type feel,” Megan says of her Aug. 18 wedding to Tim Flanagan, which they celebrated at St. Alphonsus Church in Wexford with a reception at the Fairmont Downtown featuring citrus fruit centerpieces.

Mismatched bridesmaids’ dresses account for about 20 percent of the bridal parties that Penny Smith, partner at Clarissa Boutique on the South Side, says she hears about in the bridal accessories shop. 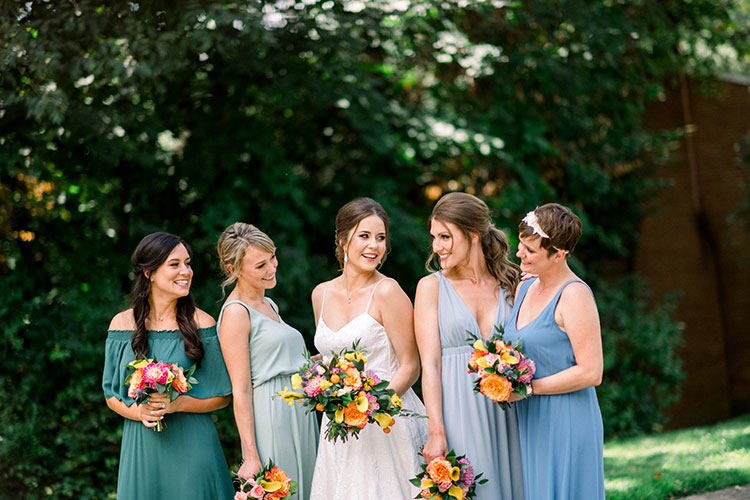 “It does take some thought on the bride’s part, and every bridal party has its personalities,” she says. “Everybody knows their own style, or at least they know what they don’t want to wear.”

After being an attendant in eight other weddings, Megan says she wanted her bridesmaids to feel comfortable no matter their body type or height.

Megan chose the dress brand, also sold at Nordstrom, because each color featured six to eight styles in each color, but they were all made of the same fabric.

“It was pretty hot that day, and it was a lighter fabric, easy to wear,” she says.

Looking back now on the photos, the different shades of blue and green balanced each other well, Megan says.

“I think the different pops of color looked good with the guys all in black,” she says. 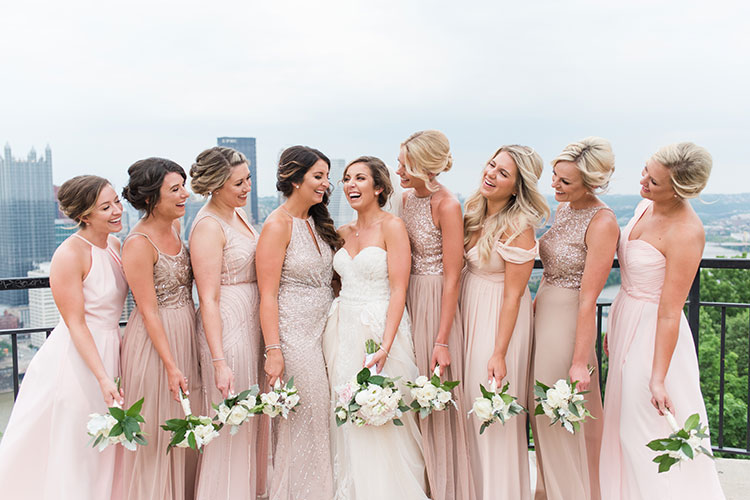 With twice as many in her wedding party, Caitlin Ionadi of Mt. Washington worked out several color choices for her eight bridesmaids, then ended up pairing two women wearing four colors together to create a gradient effect in her photos from May 26, when she married Sean LaVelle.

“In advance, I had told them what order to stand in,” she says. “I was very deliberate about how the pictures turned out, in every way, but especially with the dresses.”

To start planning, once she chose four colors for her attendants to wear, Caitlin threaded paper color swatches on a ribbon for each of the bridesmaids to choose from rose gold, gold, blush or champagne.

“I wanted all of the girls to feel really pretty and comfortable and fit their style,” she says.

Each bridesmaid picked out their own dress and let Caitlin give it the final OK, able to shop at any price range. The most affordable out of the bunch were between $70 and $100.

“They didn’t feel like they had to spend a certain amount of money on a certain dress because I didn’t tell them what they had to get,” she says.

Her wedding guests at the Westin Convention Center Hotel Downtown commented about how well-coordinated and beautiful the color choices were.

“It worked out well for the whole style of our wedding in a ballroom, so more formal, but I didn’t want it to feel stuffy,” she says.

The combination of colors for the dresses came together beautifully, but Caitlin says she did consider how the more traditional route would have fared. 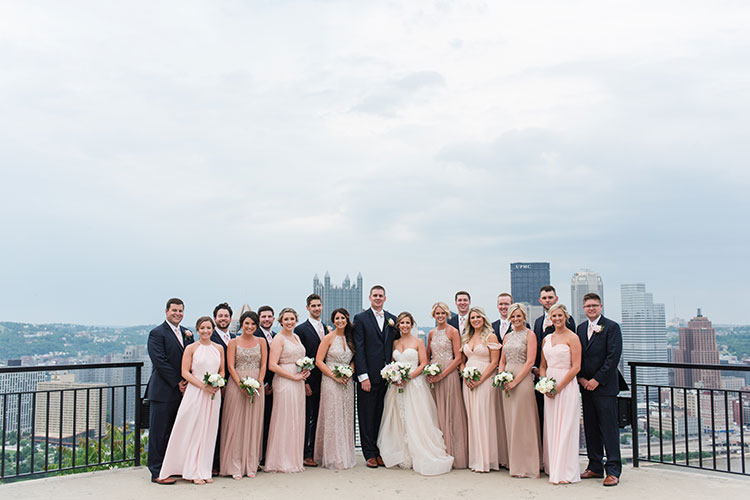 “At one point, I do remember thinking it would have been easier to have just picked one dress, but it worked out well with all the thinking and advanced planning and all of that,” she says.

At the boutique, Smith says she’s never heard of a wedding party who didn’t end up liking the mismatched-color idea.

“Everybody’s wedding has a look that they’re going for, more their personality,” she says.

Ultimately, Megan says anyone planning a wedding should make personal choices, not because it’s a popular trend on Pinterest or elsewhere.