You may not want to be charmed by City Works, but the beer-and-bites spot will likely win you over. 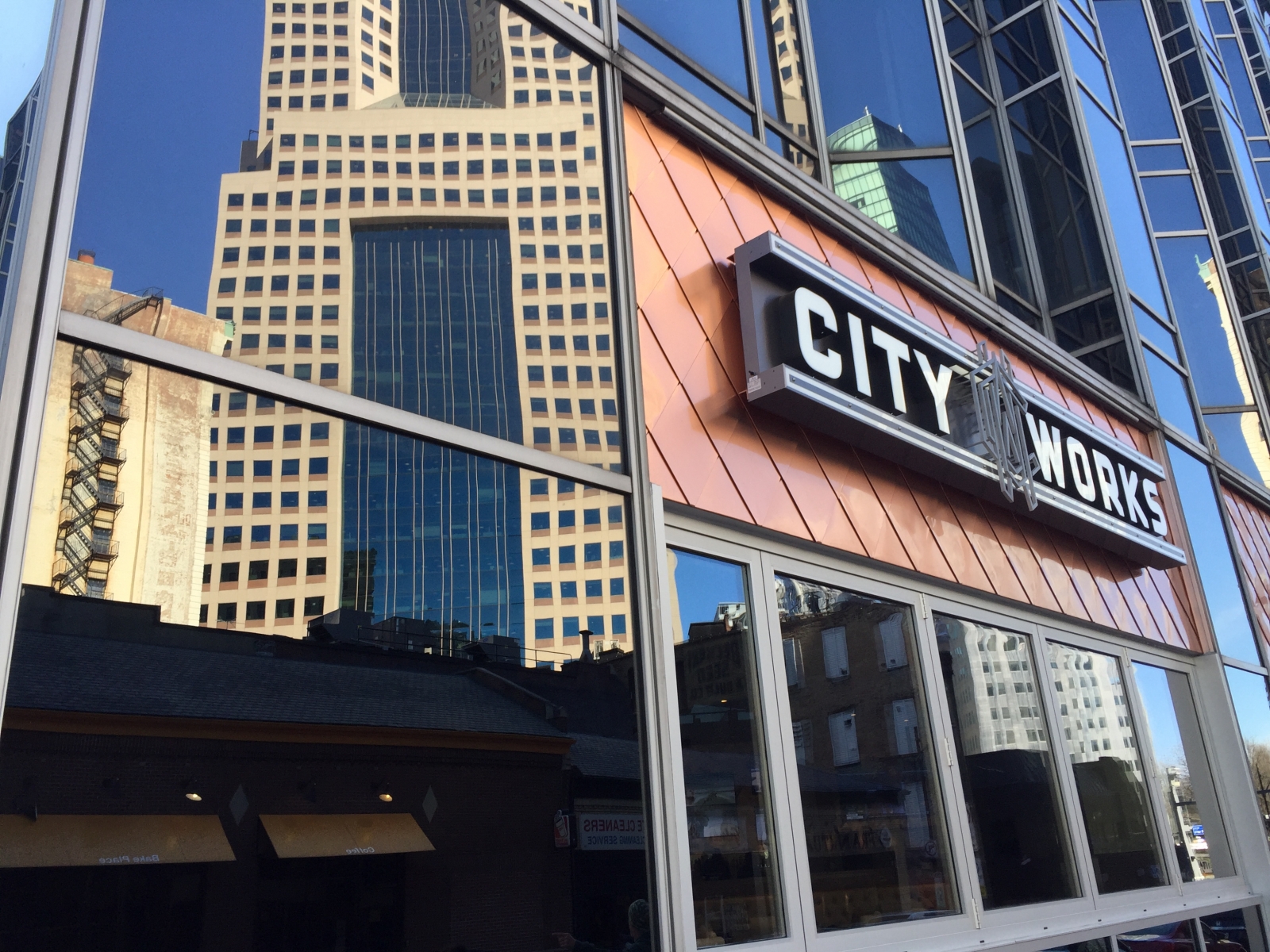 City Works, the sprawling new bar and restaurant in Market Square, defies you not to like it.

Preposterous quantities of beer. Satisfying food. Attentive service. Comfort! Options! My god, look at all of those televisions! Not having a fine time here is strictly forbidden!

I put it that way because you might be somewhat inclined to dislike City Works, at least on first glance. It’s just a bit too prepared, a bit too planned; there’s something timeless and spaceless about this place, like the best restaurant at any given airport terminal.

And yet, they gave me good beer and a fresh take on fried cheese. How much can I really complain?

The gleaming new spot — the full name is “City Works Eatery and Pourhouse,” because this is 2017 and the names of all chain restaurants must be no fewer than three words too long — is part of a small family of eateries and pourhouses, with sister establishments in Minneapolis, Doral, Fla. and King of Prussia, Pa. A couple more are set to open in Texas this year. Pittsburgh’s version sits in the foot of 2 PPG Place, opening out into Market Square; there’s ample patio seating, and even if you’re indoors, massive skylights brighten the room.

Beer is the first order of business at City Works, with an extreme 90 beers on tap. Being a beer bar may no longer be the singular distinction it once was, but the selection of brews here outweighs that particular quibble; there are multiple choices for every palate, more than a dozen local breweries (and plenty more from elsewhere in Pennsylvania) are represented and imports (including a couple Belgians) are on hand, too. A dozen taps are reserved for rotating specials.

Oh, and in keeping with one of the quickest paths to my heart, reasonably-priced, 6-ounce pours are available for those looking to sample.

Believe it or not, there are actually more taps; all of the house wines are on tap, too. (“We’re completely bottleless,” a server told me, with the air of someone who sincerely believed that I had heard the word “bottleless” before.)

On my visit, the food hit that rare, good-for-a-sports-bar sweet spot of being fully satisfying without resorting to brick-heavy loads of butter, salt and seasoning. The featured appetizer — I was told about it several times — is a basket of fried cheese curds, essentially a take on normal fried mozzarella but with the stuff we’ve grown accustomed to finding as part of poutine dishes. It’s … it’s delicious. There’s no other way I can say it. The Carolina Fried Chicken sandwich I tried was good as well, balancing a nicely-done chicken breast with tangy toppings.

There are still some kinks to be hammered out in terms of service. For example, there was some confusion upon my arrival, as I first heard a long, “Have you ever dined with us before” spiel from one server, before hearing it again from another due to some logistical mix-up. After that, my remaining server was far too involved, checking on me and asking about the offerings with intense frequency. (I’m sure this was a management mandate that needs to be excised rather than the fault of my server himself.)

And look — if you draw your eyes away from the beer list, there is absolutely nothing local about City Works. Gazing up at the wall of televisions, you could be in Minneapolis, in Florida, in an airport, in the part of Dubai were American businessmen hang out. There’s something slightly soulless about joints like this.

But they have a lot of beer. And the food is good. And it was really comfortable. And everyone was really nice. In short: You want to think you’re too cool for City Works, but I don’t think you actually are.