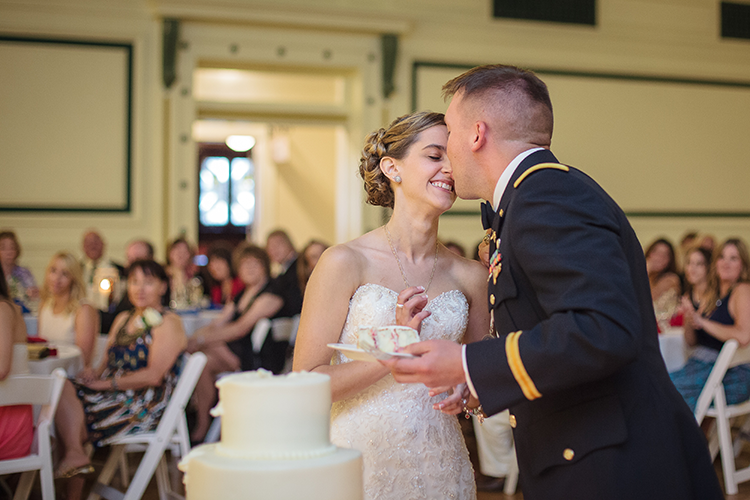 Maria Mikolajczyk and Jonathan Neidig both are natives of Forest Hills and knew each other for 20 years, but they didn’t really start talking with each other until 2011, when Jon came home for a visit from his U.S. Army post at Fort Bliss in Texas.

“He was a grade younger than me, and we went to rival high schools — I went to Woodland Hills, and he went to Central Catholic,” says Maria, 27. “Still, we went to the same church.”

All of a sudden, Jon, also 27, a captain in the U.S. Army, started “poking” Maria, a registered nurse, on Facebook. After several months, she finally broke the ice and sent a message to him. They set up a first date in December 2011 at Eleven Contemporary Kitchen in the Strip District. 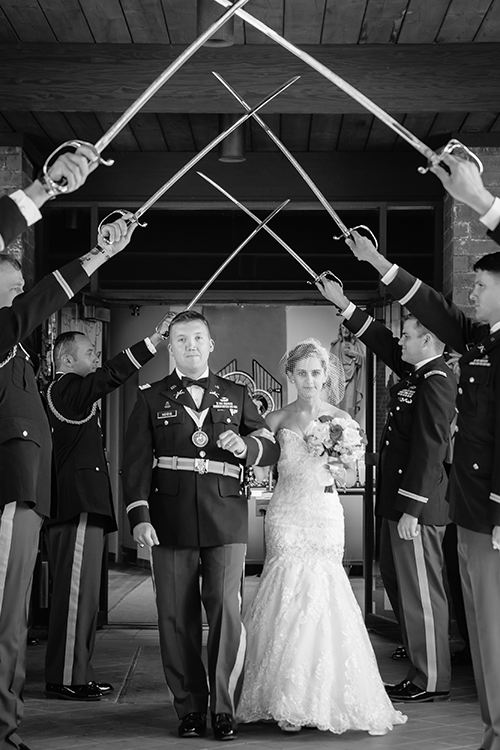 Maria says she was impressed by Jon’s chivalry. For the next three months, the pair wrote letters to each other, falling in love via a nearly forgotten medium.

“My love for him just blossomed from the excitement of going to the mailbox to see if I had a letter,” Maria says.

A year and many letters after their first date, Jon proposed to Maria at Eleven, where their love story began.

As they planned their nuptials, they made it a priority to marry at St. Maurice Parish in Forest Hills, where they both attended preschool and attended Mass for most of their lives. Their officiant and the parish priest, the Rev. John Skirtich, had watched them both grow up.

Maria says her favorite moment of the day happened during the ceremony. 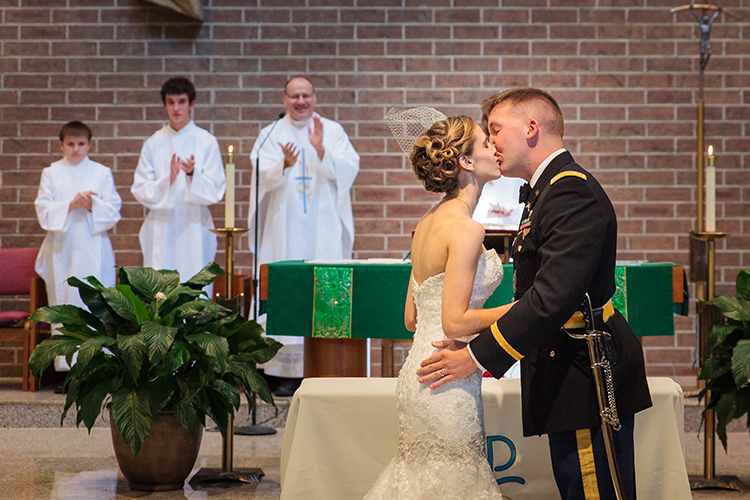 “Father John had announced us, and we were just standing there, just looking at each other probably for a good 30 seconds, and I said, ‘Are you gonna kiss me or what?’ He was waiting for [Father John] to say, ‘Jon, you may kiss your bride.’ We still laugh about that a lot.”

The reception was held at Soldiers & Sailors Memorial Hall & Museum in Oakland, a fitting venue for a captain and his wife. The patriotic theme carried through the wedding colors as the bride clutched a red, white and blue bouquet.

The newlyweds later moved to Oahu, Hawaii, after making a weeklong stop at the Turtle Bay resort to celebrate their honeymoon. 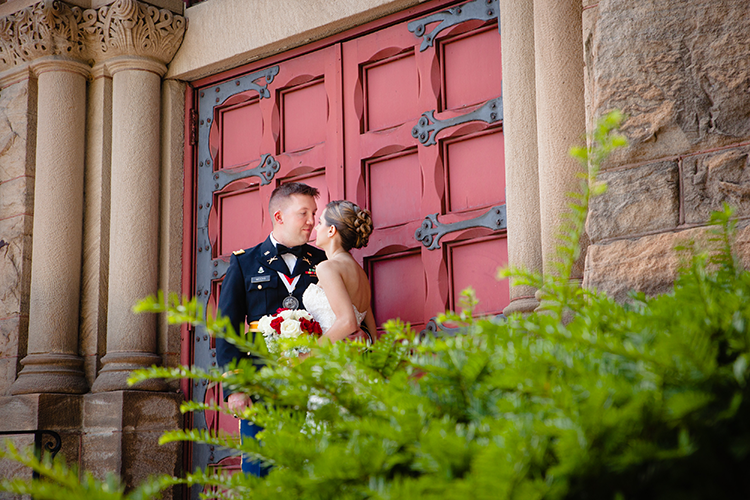 Caterer
The Chef & I Catering