Rising actress Margot Bingham has fought to land various roles on television and film, but she still turns to her high-school acting coach from Pittsburgh to reassure and prepare her to ‘show up every day being ready.’ 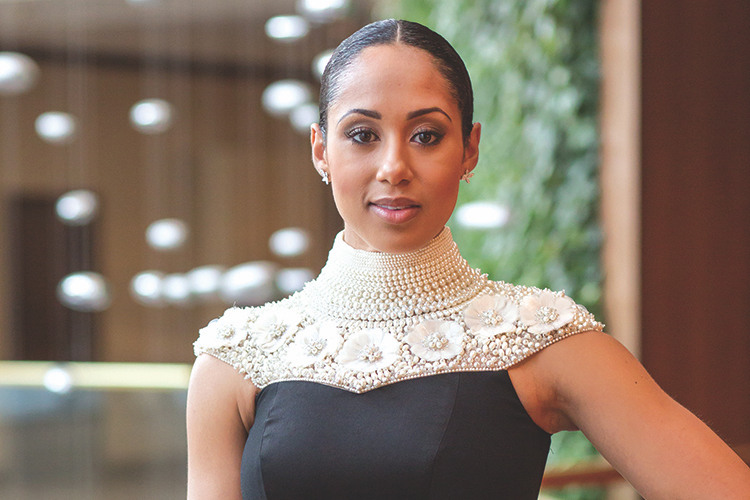 That’s the consequence of being the father of actress Margot Bingham, who despite her burgeoning success still phones home to Pittsburgh for consultations with her former high-school teacher, actor/instructor Billy Hartung, before auditions and when preparing for a new role.

Since her breakout part on HBO’s “Boardwalk Empire” in 2013, that’s meant a lot of long-distance calls from New York City, where she now lives. The actress landed a role on cable network El Rey’s short-lived “Matador” in 2014 and a lead part on ABC’s “The Family,” which debuted in March. On April 15, Bingham makes her comedy debut in the big-screen movie “Barbershop: The Next Cut.” 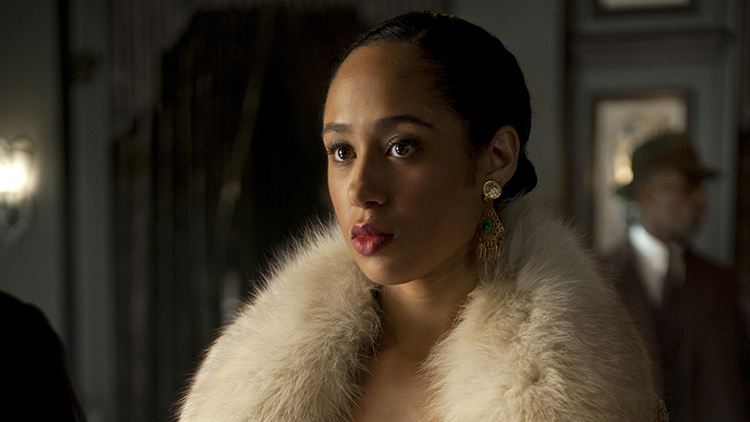 “I’ve worked with a lot of teachers, and there are not many people that can break into this. It’s like Fort Knox,” she says, pointing an index finger at her forehead. “And not because they’re not talented, [but] there are just a lot of voices going on. Billy somehow gets through, and we talk about where my head is and where my character lives.”

Bingham, 27, grew up in Scott Township, along with her older brother, Cori, who now owns Checklist Facility Maintenance in Pittsburgh. Her father and mother, Lynne Bingham, a realtor with Howard Hanna Real Estate Services, still reside in the South Hills. Growing up, she was aware of her father’s profession and the high profile that accompanied it, but she says she had little interest in athletics herself.

“I have the athletic build, but I did not have the skills nor did I have any idea what to do on the basketball court,” the actress says. “I would skip down the court.”

Craig Bingham acknowledges, “Sports were not part of Margot’s makeup.”

“She was someone who was destined for the performing-arts arena, and I had no inclination to be one of those parents that would say, ‘Dang it, you’re gonna play or participate in this sport no matter what.’”

He remembers her falling asleep as a baby to the syndicated “Delilah” show on WISH 99.7 FM.

“When she got a little older, she was able to retain things in a way that was surprising for a 6-year-old kid. ‘How do you recall a lot of these songs?’” he says he wondered then.
Lynne Bingham says her daughter’s singing talent comes from both sides of the family.

“My husband has a beautiful voice,” she says. “And my dad actually put himself through college and [financed] his Ph.D. by singing in small clubs in Connecticut.”

In addition to an early interest in singing — “she learned her times tables with rap music; she would learn states and capitals with music,” Lynne recalls — Margot was a model. She represented the family’s clothing store for children, Lullaby Landing Boutique in Mt. Lebanon (the Binghams sold the store in 2000), and later Kaufmann’s department store. 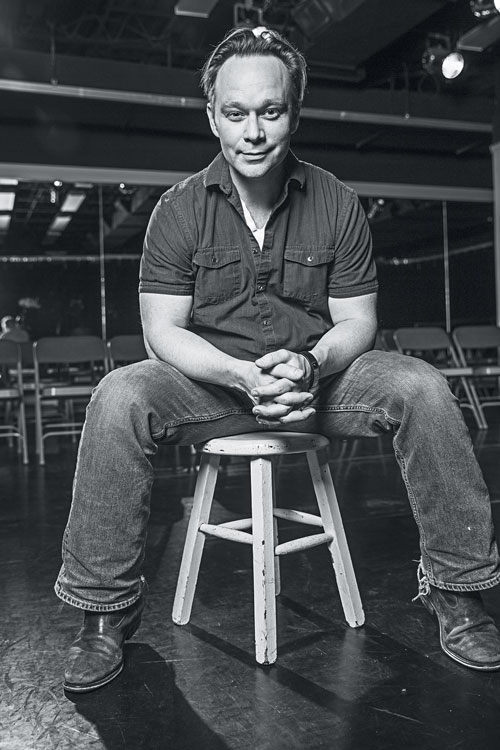 Billy Hartung, Bingham’s former teacher and an accomplished performer himself, still coaches her to ‘show up every day being ready’ to succeed at her craft.

Margot studied and performed with Pittsburgh CLO and Gargaro Productions. She took dance and voice lessons and, while still in elementary school, was introduced to Pittsburgh CAPA 6-12 when she played Ti Moune in the school’s production of “Once on This Island.”

Later, Margot lived with her grandmother on Mount Washington during weekdays in order to attend CAPA. There, she met Hartung, who was then an instructor at the school Downtown: he now is executive director of the Center for Theater Arts in Mt. Lebanon. Hartung also has performed in “Chicago” and other films, in television and in Broadway, off-Broadway and regional theaters. He was part of the original cast of several shows on Broadway, where he’s performed more than 1,000 times.

In a class early in her freshman year, Bingham told Hartung she wasn’t much interested in acting; she was studying musical theater for its singing and dancing components. Hartung, 44, of Mt. Lebanon, says he remembers Bingham as a budding R&B star (AKA “Margot B.”), but he encouraged her to think more broadly as an artist.

“There were many times I shared with her that the ability to hold her audience is going to have to be more interesting than a great beat,” he says. “And someday it’s going be her words and another time it will be someone else’s [words], and she’s going have to honor that, and now that is certainly the case.”

Mr. Hartung, as she still sometimes refers to her former teacher and current acting coach, “turned me onto it. By my senior year I was bit by the acting bug big time.”
After graduating from CAPA in 2006, she attended Point Park University for two years while landing gigs as an opening act at local concerts by the Black Eyed Peas and Nelly Furtado. Then her parents agreed to a one-year trial run in New York. During that year, Bingham networked, toured as an opening act for Jason Mraz and had 14 callbacks for the rock musical “Spring Awakening,” a role she didn’t get — but she did land in the company of the off-Broadway revival of “Rent.” 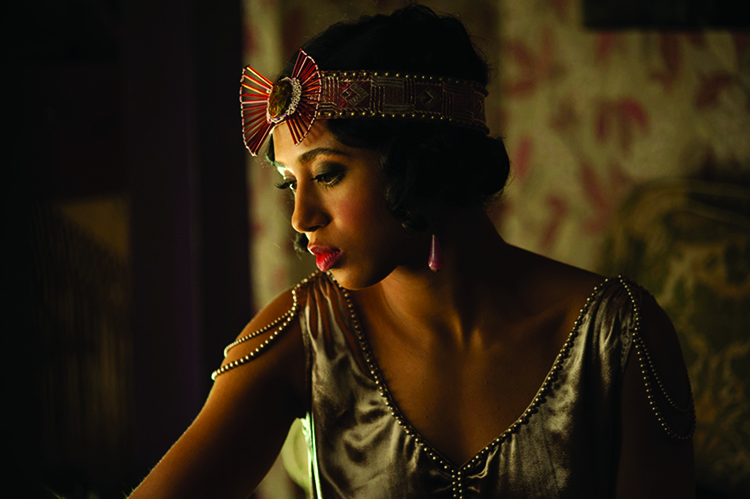 Her breakthrough on-camera part came as a jazz singer on HBO’s “Boardwalk Empire.” After that, casting directors had a better frame of reference for Bingham and her talents.

In ABC’s “The Family” (9 p.m. Sundays, WTAE), Bingham plays police detective Nina Meyer, who 10 years earlier investigated the disappearance of the son of a Maine politician, Claire (played by Joan Allen). As Claire runs for governor, the boy returns, prompting questions about where he has been and about a neighbor who was convicted in the boy’s kidnapping.

“My character is extremely lonely, and she will probably always feel like she needs to prove something of herself,” Bingham says. “She doesn’t feel like she deserves anything that is hers, and the only thing that is hers is this case, which is why she’s so driven and completely haunted by making sure she figures it out.”
Bingham auditioned for “The Family” and says she initially was told producers were looking for a bigger name for the part but would consider her for another role as a reporter. 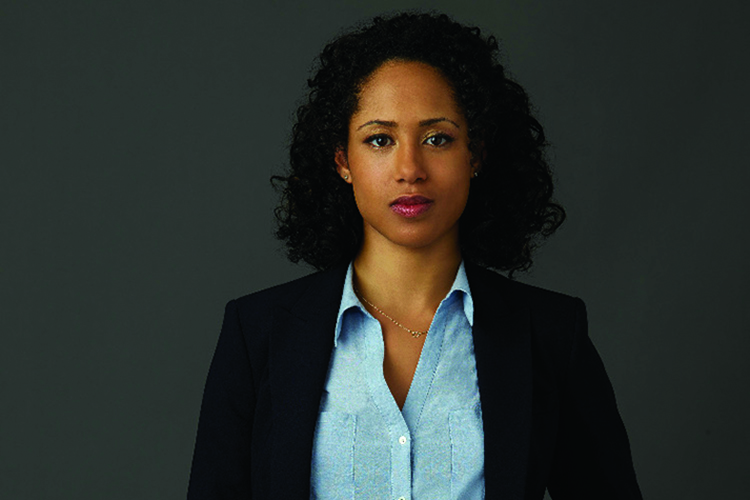 “I fell in love with Nina Meyer and realized it was probably unattainable, and because of that I had a nothing-to-lose attitude” going into the audition, Bingham says. “Sometimes I build myself up in my head and think I can never do this and I actually don’t do it. So because someone told me I couldn’t, I had to do it.”
Despite her career success, Bingham remains her own worst critic.

“A lot of my self-doubt is brought on myself,” she says. “Going onto a set every day, there’s a need to pinch myself and know that I deserve to be there. … That I did get myself where I am, that I worked really hard for this. That’s a constant little mantra I have to say.”

She’s gotten an assist in that effort from Hartung.

“The Family” creator Jenna Bans (“Scandal,” “Grey’s Anatomy”) says Bingham helped her to see an element of the character she hadn’t envisioned when writing the show’s pilot episode.

“There’s a vulnerability to Margot I hadn’t originally pictured in Nina,” she says, adding that it took her a few “work sessions” with Bingham to see how it would be an aspect of the character worth exploring. “She didn’t need to be this clichéd, hard-nosed cop. … I think that made the story better and made the show better.”

“Especially on camera, you see it immediately,” Hartung says. “It’s a motor for her. … She just is present and in that willingness to be present and responsive it creates vulnerability. It’s beautiful, and it’s not acted.” 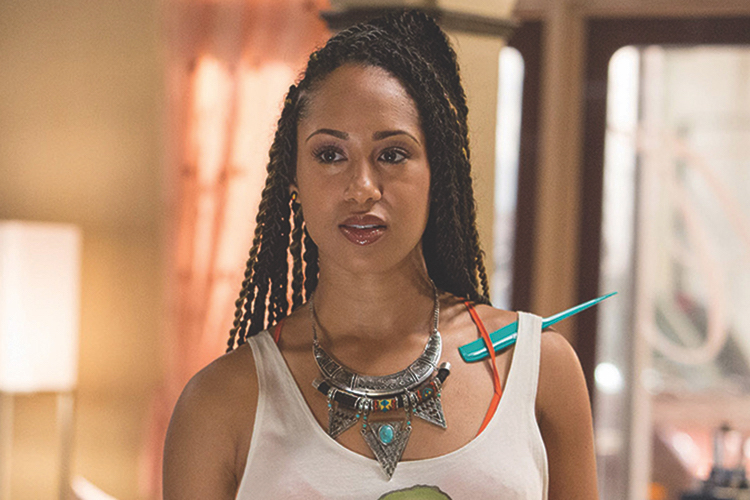 Bingham’s role in the third film in the “Barbershop” franchise might be her most challenging part yet. She plays “extremely opinionated” Bree in the now co-ed barbershop.
“I don’t know if I’m funny,” Bingham says tentatively, before laughing. “My mom says I’m not!”

Bingham says she was excited to be part of the film because of the other talent involved — Ice Cube, Anthony Anderson, Regina Hall, Common, Deon Cole — and because she wanted to act in something light before dipping into the dark drama of “The Family.”

The ability to move smoothly from one project to the next — and from inhabiting a character on the job and escaping the role when at home — is something Bingham works on with Hartung.

“She liked my process of how you can get in and out of character without emotionally tearing yourself apart,” he says. “Ultimately what I help her do is when she has multiple things burning at the same time — how does she shift gears from one dramatic, intense pilot she’s shooting to an audition coming up for a comedy to, ‘How can I just be Margot when I go home?’”

For the new “Barbershop” film, Bingham’s hair is in Senegalese twists. In “Boardwalk,” she was dressed in 1920s period attire. “The Family” marks her biggest potential audience to date — for whom she looks most like herself.

“I’m a little nervous,” she says. “I’d be lying if I said I wasn’t. The really great thing about being from Pittsburgh is I can always come home and feel totally normal. That city has always supported me in such a major way. I’m thankful for my roots there and that my parents did a really incredible job instilling morals in me that you work hard for what you get and you treat people nicely on the way up.”

Rob Owen is the TV writer for the Pittsburgh Post-Gazette. Reach him at RobOwenTV@gmail.com or on Facebook and Twitter as RobOwenTV.

This article appears in the April 2016 issue of Pittsburgh Magazine.
Categories: Arts & Entertainment, From the Magazine, Hot Reads