March of the Penguin

Sewickley’s Penguin Bookshop has everything an independent bookstore needs — except a clear future. 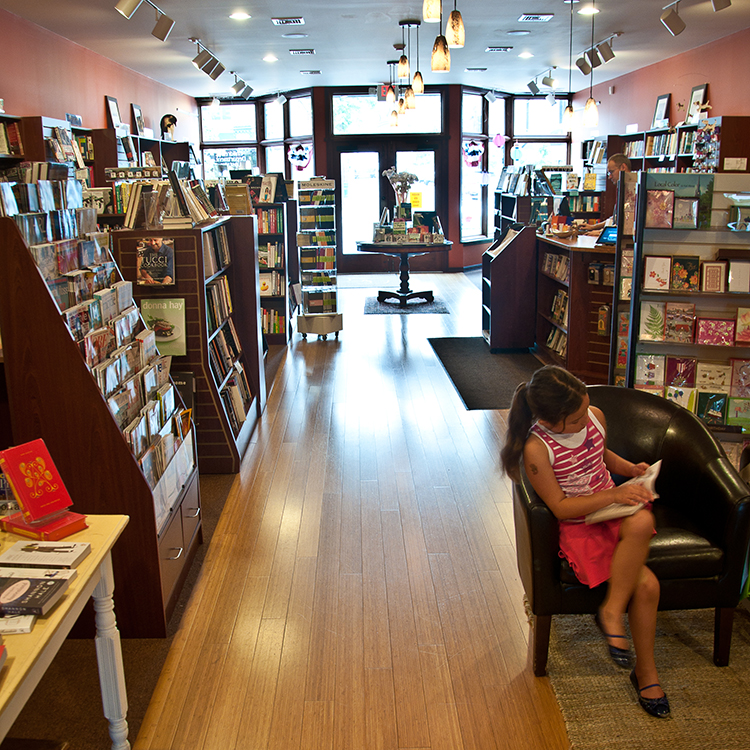 On a quiet Monday morning, customers pass in a steady stream through the doors of Penguin Bookshop. Some grab a newspaper; others head to the front desk to pick up a special order. A few browse shelves covered in tags bearing staff recommendations. Everyone who comes through the door makes a purchase. No one drops in just to wander.

The managers of the Sewickley landmark greet most customers by name. It’s the kind of familiarity bred over time; Penguin first opened in 1929. The shop has relocated but never left the neighborhood. It’s also been rebuilt: The current building was constructed on the footprint of the previous iteration in 2007 and 2008. When Penguin reopened five years ago this month, it was the country’s first LEED-certified independent bookstore. Today, it’s a handsome, cozy temple for book lovers.

But Penguin is for sale, for the second time in a decade. The shop has already endured a lengthy period of uncertainty in the book business — a period that has seen stores both local and national go under. Combine a tricky industry with an unpredictable future, and a question comes up: Can bookstores like Penguin survive in the 21st century?

Co-manager Tess Riesmeyer attributes Penguin’s survival to its place in Sewickley’s consciousness. “Penguin is in a community that supports it, and that’s really important,” she says. “We pride ourselves on offering personal service to everyone who comes in.”

“I don’t see the future of Sewickley without Penguin Bookshop,” adds co-manager Mary Ferris. “It’s important to the community to have it stay here.”

Ferris and Riesmeyer insist that Penguin isn’t on the market due to the health of the book industry. Current co-owners Janet and Bud McDanel, who were responsible for rebuilding Penguin, stress that they’re simply ready for retirement. Still, the sale would represent the first real return on the significant investment the McDanels put into the building (given the notoriously slim profit margins in the bookstore business).

“[They are] by no means a cash cow,” Riesmeyer says of independent bookstores. “I don’t know of any bookshop that’s an owner’s sole income.”

Though the building and business are being offered as a package, the McDanels aren’t requiring that the two be purchased together. “If someone were interested in the property itself for another purpose, there could be two separate transactions involved,” says Mark Kaufman, partner at Paz & Associates, a Florida-based organization that oversees sales of bookstores, including Penguin. “One would be to sell the business and facilitate the move to another location; [the other would] be someone to buy the building.”

In other words, even a surviving Penguin could end up vacating its eco-friendly digs for a more humble home. At press time, seven parties “have expressed interest” in the sale, according to Kaufman; he says that one potential buyer is interested in the building, and the other six (all local or with local family ties) are interested in the business.

The mood at Penguin is optimistic.

“There are so many people who want to be sure it stays in the community,” Riesmeyer says.

Penguin has a caring and engaged staff, a loyal customer base, a beautiful building in a prime location and 82 years of history. Now, all the people of Sewickley can do is hope that’s enough to keep the bookstore open.

This article appears in the September 2013 issue of Pittsburgh Magazine.
Categories: Community Feature