On Saturday, winners from the Thursday basketball matches will square off in downtown Pittsburgh. 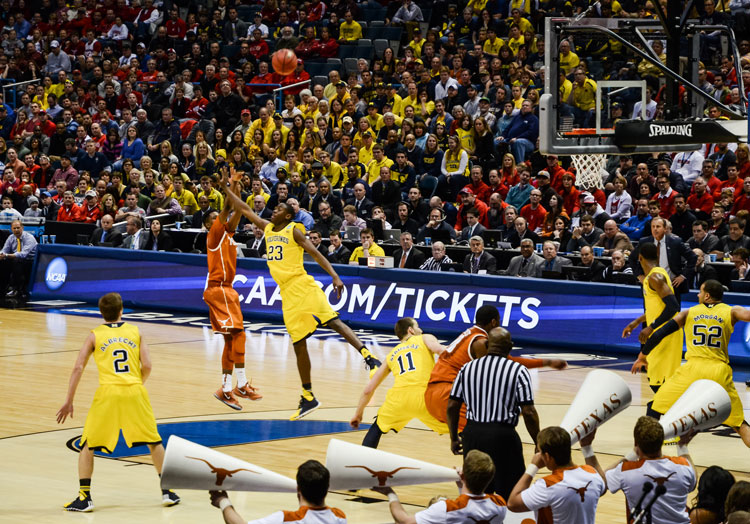 EARLY MARCH MADNESS SHOWDOWNS COME TO CONSOL
With 63 — wait, make that 67 — games featuring 68 teams, the third M-word that could accompany March Madness is “massive.” The NCAA Division 1 Men’s Basketball Tournament (that clunky name is why we say March Madness) doubles the field size of the World Cup, thus providing endless opportunities for speculation, analysis and whatever “bracketology” means — and, of course, a ton of basketball spread out over the next few weeks. Lots of games means lots of venues, and this year, Consol Energy Center (via host school Duquesne) will see six games.

As you’re reading this, action already has begun at Consol; No. 3 seed Notre Dame took the court against No. 14 Northeastern at 12:15 p.m., and No. 6 Butler and No. 11 Texas will be tipping off at 2:45 p.m. Top seed Villanova likely will trounce squeaker Lafayette at 6:50 p.m., and No. 8 NC State and No. 9 LSU take the late game, scheduled for 9:20. If you have tickets, you’re probably already in attendance, so we’ll point your attention to Saturday’s session, where today’s winners will square off with advancement to the Sweet Sixteen on the line. Tickets are pricey — face value is high, and the secondary market is only a bit better — but there aren’t exactly a wealth of opportunities to catch tournament action down the road, so consider dipping into savings.
(1001 Fifth Ave., uptown; click here for more info)

THE AFTER DARK HALL OF FAME’S NEWEST INDUCTEE IS MANY, MANY PLACES
This week’s inductee in the still-young After Dark Hall of Fame represents a much, much different breed of nightlife that nonetheless is widely and perennially popular in western Pennsylvania. If you’re a devotee, you’ve probably never been to a fancy cocktail emporium — and vice-versa. But there’s no denying the year-round, generation-spanning appeal of drinking where everyone knows your name (because you paid your annual dues, if for no other reason). So this week, we’re inducting en masse into the Hall every Moose lodge, Elks club, VFW, Fire Hall (with a bar), American Legion and whatever other social club you’ve joined. We can’t ignore how generations of locals drink and unwind. Celebrate the humble hall in this week’s edition of After Dark!

BROADWAY TALENT RAISING MONEY AT FAMILY GUIDANCE’S GALA
Ivan Rutherford has appeared on Broadway as “Les Miserables” hero Jean Valjean more than 2,000 times — which is a staggering number of times to do anything, let alone hit some of those high notes. Tomorrow night, he’ll bring a boatload of songs from Broadway to Pittsburgh in support of Family Guidance Pittsburgh at its Annual Spring Gala. He’ll be joined by rising New York theater stars Lexi Rhoades and Kate Loprest for songs from “West Side Story,” “South Pacific,” “Man of La Mancha” and more. Individual tickets for the gala still are available.
(Fairmont Pittsburgh hotel, 510 Market St., downtown; tickets and more info here)

IN THEATERS: Sure, it’s “Hunger Games”-lite, but imitation will get you everywhere. Shailene Woodley stars in the second installment in the “Divergent” franchise, “The Divergent Series: Insurgent,” out nationwide tomorrow. Elsewhere, Sean Penn somehow wound up in action flick “The Gunman,” and British historical action picture “’71” turns up at the Manor Theater.