Man to Man with Rod Woodson

The Steelers legend is working behind enemy lines, but does he still have a black-and-gold heart? 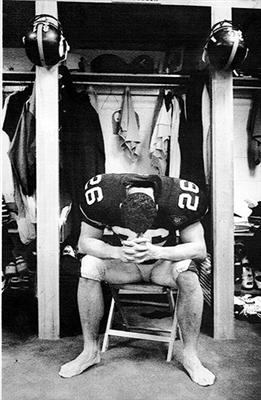 It’s the miserable thick of summer in wet-hot central Kentucky, and the 45-year-old man with the graying goatee and creaky stride is giving some stick to the 25-year-old second-team All-Pro—the one with muscle striations that run through his biceps like the nearby Red River. The air horn has just sounded to signal the end of a grueling training camp workout, and exhausted defensive linemen are showering themselves with water bottles on the sidelines. Some hop on golf carts and haul-ass to the promise land of air-conditioning like Steve McQueen in a 68’ Mustang.

Yet the young cornerback stays on the field to listen to the wisdom of his team’s new “intern coach.” The trainee schools the young buck about pursuit angles, drawing geometric pattens in the air with the animated hand gestures of an Italian shopkeeper.

The kid hangs on every word, because this is no ordinary advice. This is a masterclass from Professor Rod Woodson, arguably the best defensive back to ever play the game.

So why should this scene concern Steelers fans? Because the young player being lectured is not wearing black-and-gold, but tiger stripes. It’s Leon Hall of the rival Cincinnati Bengals, the defending AFC North champs who already have “the best cornerback tandem in the league,” according to Woodson.

Why is a Steelers legend working behind enemy lines? Why didn’t Woodson finish his playing career in the black-and-gold? And what’s he doing hanging out with prisoners in his spare time? (Editor’s note: Not the Bengals players, but current inmates.)

Pittsburgh Magazine recently talked with Woodson to get the answers:

Okay, Rod, Steeler Nation is dying to know: Why the Bengals? Why not help coach the Steelers’ defensive backs?
The funny thing is, I was going to call the Steelers this year because I would love to be around Dick [LeBeau] before he retires, although it doesn’t seem like he’s ever going to retire. But a week before I was going to call the Steelers, [Bengals head coach] Marvin Lewis called me asking me to come to their training camp as a special assistant. It’s only for training camp and then I’ll go back to working for NFL Network.

Have T.O. or Chad Ochocinco challenged you to any one-on-one battles yet?
Oh man, I don’t play football anymore! Look, my 12-year-old son could beat me one-on-one at this point, so I’m not even thinking about playing against an NFL player anymore.

You left the Steelers in ’96 after a decade with the team. There is still debate about why you didn’t re-sign in Pittsburgh. Did you want to be a Steeler for life?
Oh, absolutely I wanted to stay there. I’m not going to get into everything, but I can say this: I did everything that I could. I was very creative in trying to get a deal done because I wanted to be in Pittsburgh forever. It really came down to a couple things that happened in the off-season and on draft day that told me it was time to leave.

Are you still a Steeler at heart?
Oh, absolutely. I love that organization, and I love the Rooney family. Unfortunately I left, but fortunately, my destiny was for me to go elsewhere and eventually win a Super Bowl [with the Baltimore Ravens].

It seems like you have a very close relationship with coach LeBeau. What has he taught you?
You know, he taught me a lot about the game, but I think he impacted me more outside of football. He didn’t tell us players to live a certain way, he showed us how to live certain way. I think that speaks louder than words can say. He proved to us that you can be successful as a player and as a coach and not have an ego.

In the wake of a tumultuous off-season, many Pittsburghers felt that the Steelers’ coaching staff should have had more control over their players. Is that fair?
I don’t think the coach’s job is to reign in the players. Coaches can be like a surrogate father, a councilor, but at the end of the day, the choices players make define their destiny. These are grown men making their own decisions, and they’ve heard all those speeches about off-field conduct a hundred times. It’s not on the coach, it’s on the player.

How did you make it through a 17-year career with your head on straight?
Honestly, I was a knucklehead when I first came into the league. I did some stupid things. But the main legacy you have as a person is your last name that’s given to you from your father. How will you represent that? I wanted to be a positive person. I didn’t want to do anything to disrespect the Woodson name or put my family through shame and heartache. 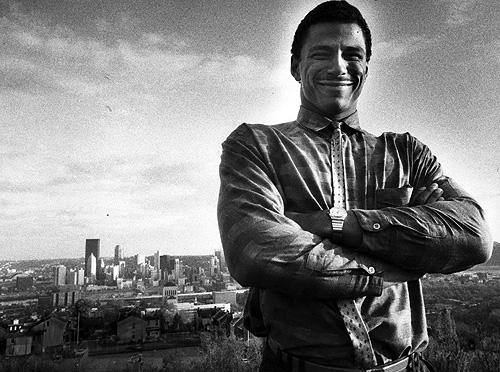 Speaking of family, you’re juggling gigs as an analyst for NFL Network and a coaching intern for the Bengals, plus many people may not realize the work you do outside of football. How do you find the energy to do all that and raise five children?
First of all, being a father is a great, wonderful thing, so that’s not really work. I started getting involved with The Depend Campaign to raise awareness for prostate cancer two years ago. People don’t realize that 1 in 6 men will be diagnosed with prostate cancer in their lifetime, and if you’re African American like I am, it’s 1 in 4. I didn’t know that. It blew me away. Men think they’re invulnerable and they’re Superman, but prostate cancer is kryptonite. “Bullet” Bob Hayes died of it and Raider Hall-of-Famer Mike Haynes was recently diagnosed with it. Luckily, if you get tested early, it’s treatable and it’s beatable, so I’m just trying to raise awareness among young men.

I read something a few years ago that you were also studying to become a minister.
I spent two years in my church’s school of ministry, and now I’m involved in our prison ministry. We’ll go to San Quentin Prison and minister the guys and just talk to them about life.

Former Steel Curtain anchor Andy Russell recently said that the reason for all the off-field issues in the NFL today is that players have too much time on their hands. Do you think he’s right?
You know, one thing Chuck Noll always said to us was, “You have to be ready to get on with your life’s work because football doesn’t last forever.” All NFL players are competitive by nature, and I think Andy is right in encouraging players to find something that they can give all that competitive energy to. 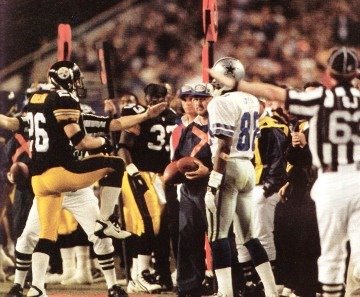 Woodson on what he said to Michael Irvin after returning from ACL surgery to play in Super Bowl 30: "I pointed to me knee and I said, "I’m not as hurt as you think I am."

What do you think about the mega-contracts that rookies are getting these days?
I think the system is broken. It’s the only profession in the United States that a new employee can come in to the building and be the highest paid employee without ever performing a task. I think that’s flawed.

Is the money helping to drive the off-field issues that have recently plagued the NFL?
Absolutely. Because you don’t have to be a great player to make a lot of money. So what has distorted the player’s perspective is this thinking of, “If I make X-amount of dollars, I must be good.” I think the perception in their head of who they are is affected by the paycheck they get.

"The first thing that I would tell Ben is that he has to grow up."

If you could sit down with Ben Roethlisberger right now, what would you say to him?
The first thing I would tell Ben is that he has to grow up. The question I ask younger players coming into the league is, “What do you want your legacy to be?” If you want it to be money, you don’t have to be a good person. But you won’t be the positive influence in people’s lives that you have the power to be.

Will Roethlisberger end up in the Hall-of-Fame?
He has to keep improving. It’s not about the numbers because he can throw for 4,000 yards just like 15 other quarterbacks threw for last season. He needs to be a leader on and off the field, and if he can do that for seven more years, there will be some talk. But until then, I don’t think there should even be a conversation about Ben going to the Hall of Fame.

Speaking of Canton, I understand that you’ll be there for coach LeBeau’s induction into the Hall of Fame this weekend. Any predictions for Dick’s speech?
(Laughing) Oh man, I’m just hoping that he talks longer than I did last year so he can have the longest speech in Hall of Fame history instead of me! Dick is cold as ice, he’s smooth as silk, but I think deep down inside even Dick is going to be a little nervous.

You can find out more about Rod’s work to raise awareness about prostate cancer by visiting The Depend Campaign or The ZERO Project.