The relaunched entertainment complex in Harmarville is casting a wide net, with some success. 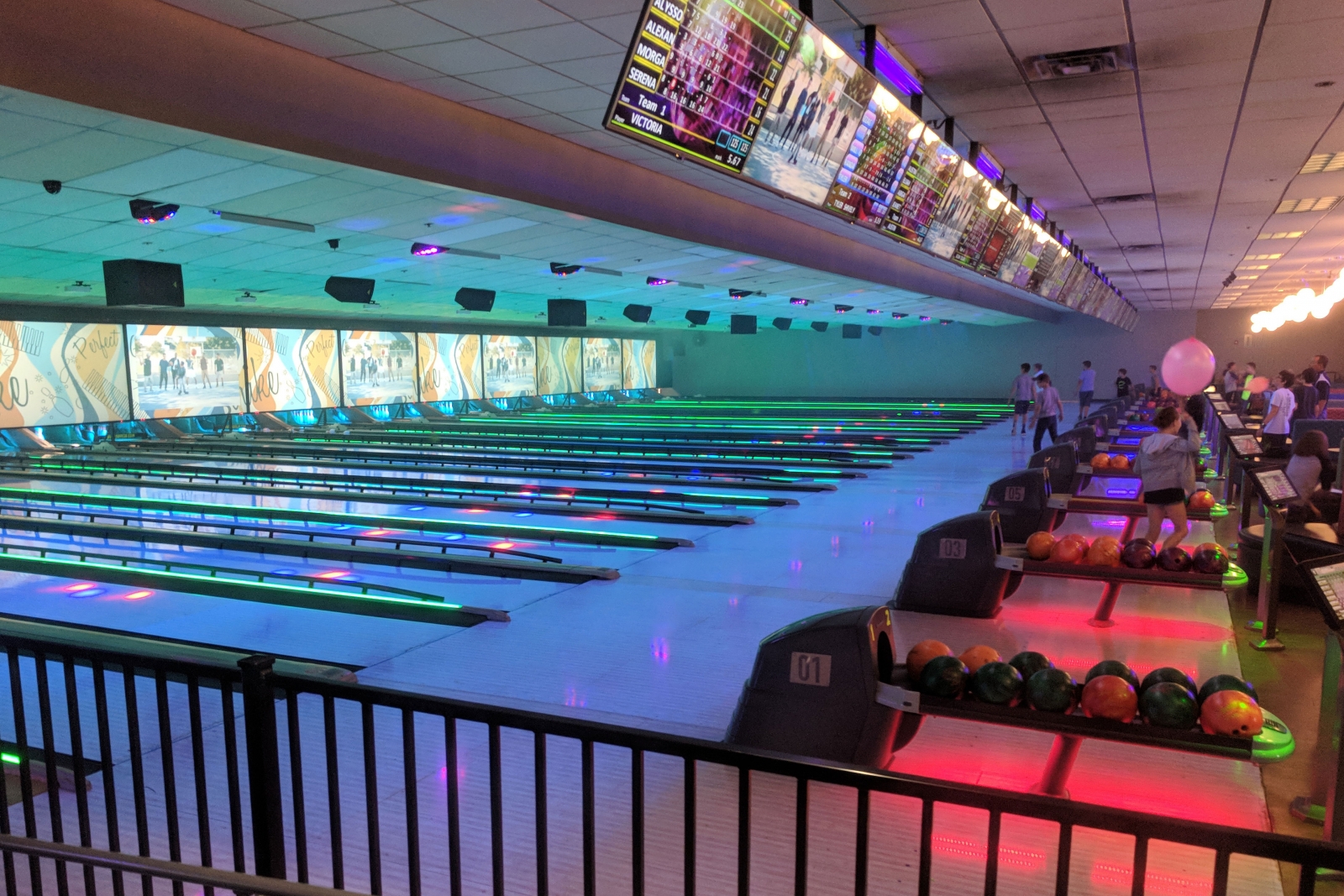 At Zone 28, you can enjoy Uinta Brewing’s Hop Nosh IPA, a powerful and potent ale, on draft. You can also hurl tiny plastic balls at the “Let’s Bounce!” arcade game, in the hopes of collecting enough tickets to earn a stuffed Mario doll.

I am reasonably confident that Zone 28 is the only place in the area offering both of those opportunities.

Bowling alleys are in the midst of an identity crisis. Some still have everything you need at a grown-up bowling alley, like Lawrenceville’s iconic Arsenal Lanes; the pinnacle of the form in the Pittsburgh area, it has beer, flat-top food, lanes and music.

These joints operate on a sliding scale, though, from the kid-focused to the adults-only. You would’ve found the former Fun Fest at the opposite end of the spectrum: The Harmarville mainstay, recognizable from Route 28 by its retro-futurist LED fireworks, made only the slightest concessions for any adults that wanted to play Lebowski. For the most part, it was a play place for the single-digit set.

Ever since the advent of Dave & Buster’s, however, local bowling alleys have been adjusting the slider, nudging things in one direction or the other to better capture the attention of the neighborhood. When Latitude 360 became Main Event Pittsburgh, they shifted toward the family-friendly, dropping their nightclub pretension to focus more fully on kids’ birthday parties.

The opposite adjustment occurred when Fun Fest became Zone 28. Yes, there are more arcade games than ever, and daytime bowling is clearly catered to those not much bigger than the ball itself.

But the largest of the three signs out front reads “Eat, Drink, Bowl,” with the first word larger than the other two. There are craft beers on tap and a cocktail menu. Two escape rooms. As many bars. An electronic billboard along 28 spotlights the center’s prospects as a place for business meetings.

Admittedly, plenty of business meetings could do with a skee-ball break.

The result is a shotgun blast of entertainment options, desperate to hook the attention (and the dollars) of every visitor, one way or another. On the one hand, it’s understandable: If you can’t do one thing perfectly, do a lot of things competently. On the other hand, I can rattle off at least a half-dozen vast warehouses of budget-priced entertainment that have gone out of business via this exact approach.

Don’t get me wrong; there’s plenty I like here. I happen to enjoy the preposterous end of the arcade-game spectrum, so I’m happy plunking cash down and chucking whatever at whatever else for hours. (Go on Wednesdays, when all the games are half-price.) They gave me $5 in free play for buying food, and my table at the en suite Rail House Restaurant was outfitted for a laptop hook-up — on top of everything else, I could actually get some work done in here. (I’ll refrain from commenting extensively on the food; the one meal I had was unremarkable, but I could’ve picked the wrong thing, I guess.)

It’s more modern and amenable than Fun Fest was, particularly with the addition of the escape rooms. And bowling, fundamentally, is bowling. There’s just a lot going on at Zone 28; I hope they’re not casting an unsustainably wide net.