The Cuban dance company performs this weekend at the East Liberty venue. 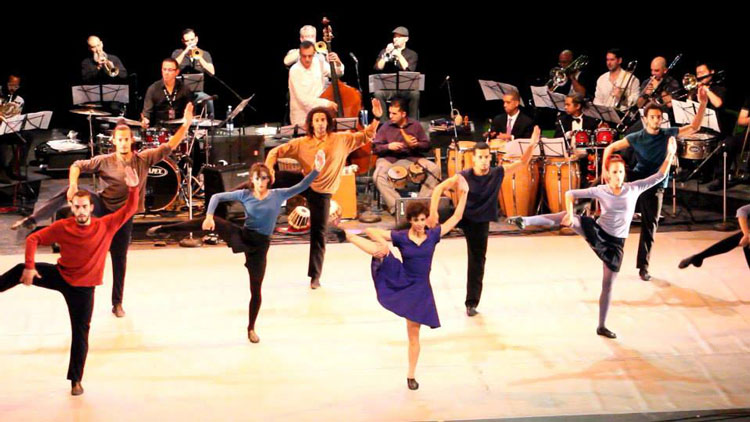 YOU CAN’T TRAVEL TO CUBA YET, SO HEAD TO THE KELLY-STRAYHORN
This weekend brings a rare opportunity to watch Cuban artists performing in Pittsburgh — an occurrence that we hope will become more frequent now that relations with our island neighbor are improving. The Malpaso Dance Company, founded in 2012 in Havana, will premiere two contemporary performances this weekend at the Kelly-Strayhorn Theater. The first show is “Despedida,” which means “farewell” in Spanish, set for tomorrow; “Despedida” features the music of Grammy-winning Latin jazz artist Arturo O’Farrill and choreography by Malpaso founder Osnel Delgado. The second, an untitled production showcasing the choreography of Trey McIntyre, is scheduled for Saturday.

Malpaso, which means “misstep” in Spanish (due to the warnings the founders heard as they tried to open a dance company with the express purpose of touring the world), debuted last spring at the Joyce Theater in New York City. Pre-show mixers begin at 7 p.m. each night, and the shows begin at 8 p.m. The Kelly-Strayhorn Theater also will host a discussion after tomorrow’s show.
(5941 Penn Ave., East Liberty; tickets and info here)
— Cristina Holtzer, PM Editorial Intern

LAWRENCEVILLE’S CIGAR DEN WON’T JUDGE YOUR LACK OF KNOWLEDGE
How’s the old adage go? Better to remain silent and be thought a fool than to open one’s mouth and remove all doubt? That’s how a lot of people (ourselves included) are about cigars. Rather than reveal that you don’t know how to light one, why not just avoid them altogether? In today’s mostly smoke-free age, it’s not hard. But for curious novices, Lawrenceville’s Cigar Den patiently will guide you through the process of selecting and enjoying a cigar for a special occasion or evening reprieve. Read more about this relaxing retreat in this week’s edition of After Dark!

WHY AREN’T YOU EATING A FISH SANDWICH RIGHT NOW?
One unintended byproduct of the Internet slowly connecting the world: We now are very, very aware of the number of Lenten fish-fry locations in the area. Sure, we’ve been eating fish sandwiches and coleslaw on Fridays in March for decades, but it’s through innovation that we’re realizing just how many church basements are slinging cod every spring. We at PMweekend generally recommend that you go out on a Friday night, but we can’t deny that there are few better ways to spend an evening than loading up at a neighborhood church on the way home from work and eating on the couch until spring arrives. So have a look at this year’s fish-fry map — which, for many locations, lists menus, hours, prices and whether or not they also do haluski — and enjoy.
— Sean Collier, PM Associate Editor

IN THEATERS: Will Smith and Margot Robbie easily are the most attractive con artists of all time in “Focus,” out nationwide tomorrow. Low-budget horror flick “The Lazarus Effect” also arrives to animate the recently deceased, and vampire mockumentary “What We Do in the Shadows” gets a run at the Hollywood Theater in Dormont.

Wear your golden-age best to the Westmoreland Cultural Trust’s annual Hollywood Party at the Palace Saturday night at the Palace Theatre in Greensburg. — S.C.